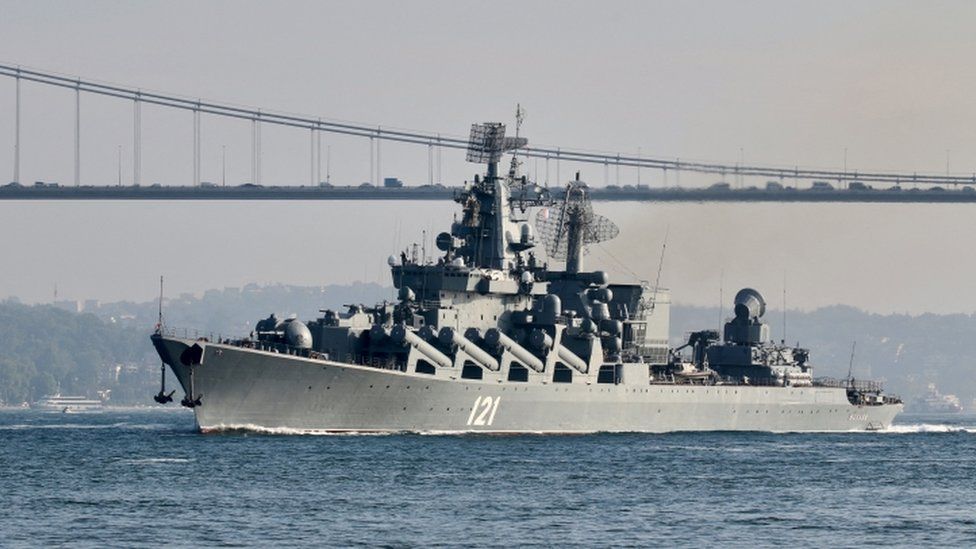 Sunken Russian warship Moskva: What do we know?

The defence ministry said ammunition on the Moskva exploded in an unexplained fire and that the ship tipped over while being towed back to port.

Ukraine claims it struck the vessel with its Neptune missiles.

The 510-crew warship had led Russia's naval assault on Ukraine, which made it an important symbolic and military target.

Earlier in the conflict the Moskva gained notoriety after calling on Ukrainian border troops defending Snake Island in the Black Sea to surrender - to which they memorably radioed a message of refusal which loosely translates as "go to hell".

Unexplained fire or a missile attack?

Prior to the sinking, Russia's defence ministry issued a statement saying "the vessel is seriously damaged. The entire crew have been evacuated".

On Thursday afternoon, it said a fire onboard had been contained and that it would be towing the warship back to port.

But a statement issued later on Thursday said that, while being towed, the ship "lost its balance due to damage sustained in the hull".

"Given the choppy seas, the vessel sank," it said.

Moscow again blamed the blast on an unexplained fire, making no mention of any missile strike.

But Ukraine says it is responsible for an attack on the cruiser, which it claims it targeted with recently-introduced Ukrainian-made missiles.

In a Facebook post before the ship sank, Ukrainian officials said Russian rescue efforts were being hampered by ammunition exploding on board and bad weather.

The BBC has not been able to verify either claim. 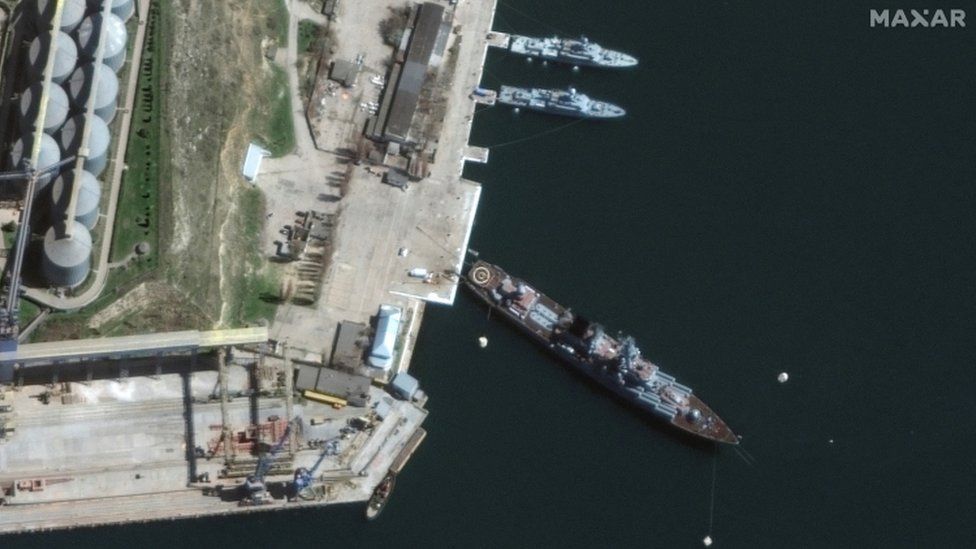 The history of the Moskva cruiser

Originally built in Ukraine in the Soviet-era, the vessel entered service in the early 1980s according to Russian media.

The missile cruiser was previously deployed by Moscow in the Syria conflict where it supplied Russian forces in the country with naval protection.

It carried over a dozen Vulkan anti-ship missiles and an array of anti-submarine and mine-torpedo weapons, the reports said.

The Moskva is the second major Russian ship known to have been destroyed since the invasion began. 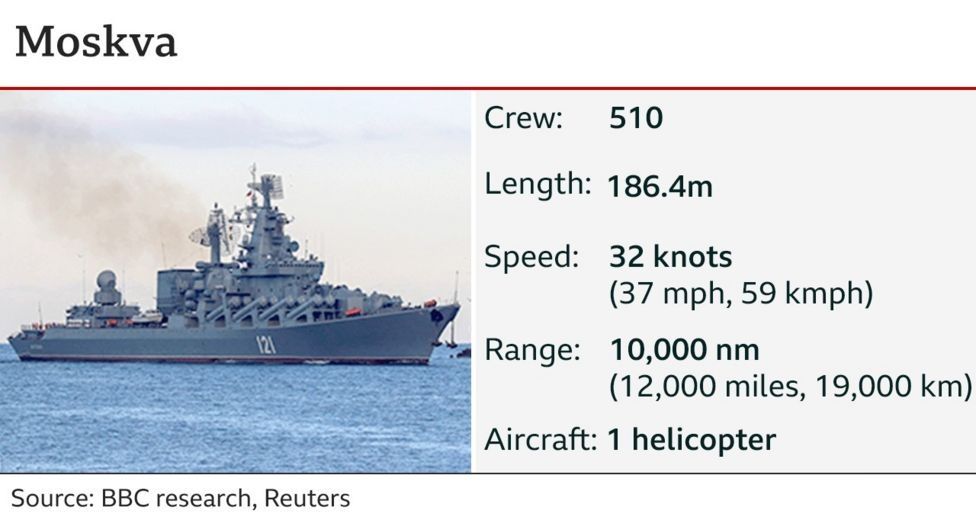 What defences did the Moskva have?

The Slava-class cruiser was the third largest vessel in Russia's active fleet and one of its most heavily defended assets, naval expert Jonathan Bentham from the International Institute for Strategic Studies told the BBC.

The cruiser was equipped with a triple-tiered air defence system that if operating properly should have given it three opportunities to defend itself from a Neptune missile attack.

In addition to medium- and short-range defences, it could engage six short-range close-in weapon systems (CIWS) as a last resort.

"The CIWS system can fire 5,000 rounds in a minute, essentially creating a wall of flak around the cruiser, its last line of defence," he said.

If the strike is proven to have come from a missile it "raises questions over the capabilities of the modernisation of the Russian surface fleet: whether it had enough ammunition, whether it had engineering issues".

"Essentially, you'd have thought that with that three-tiered anti-air defence system it would be very hard to hit," the military expert added. 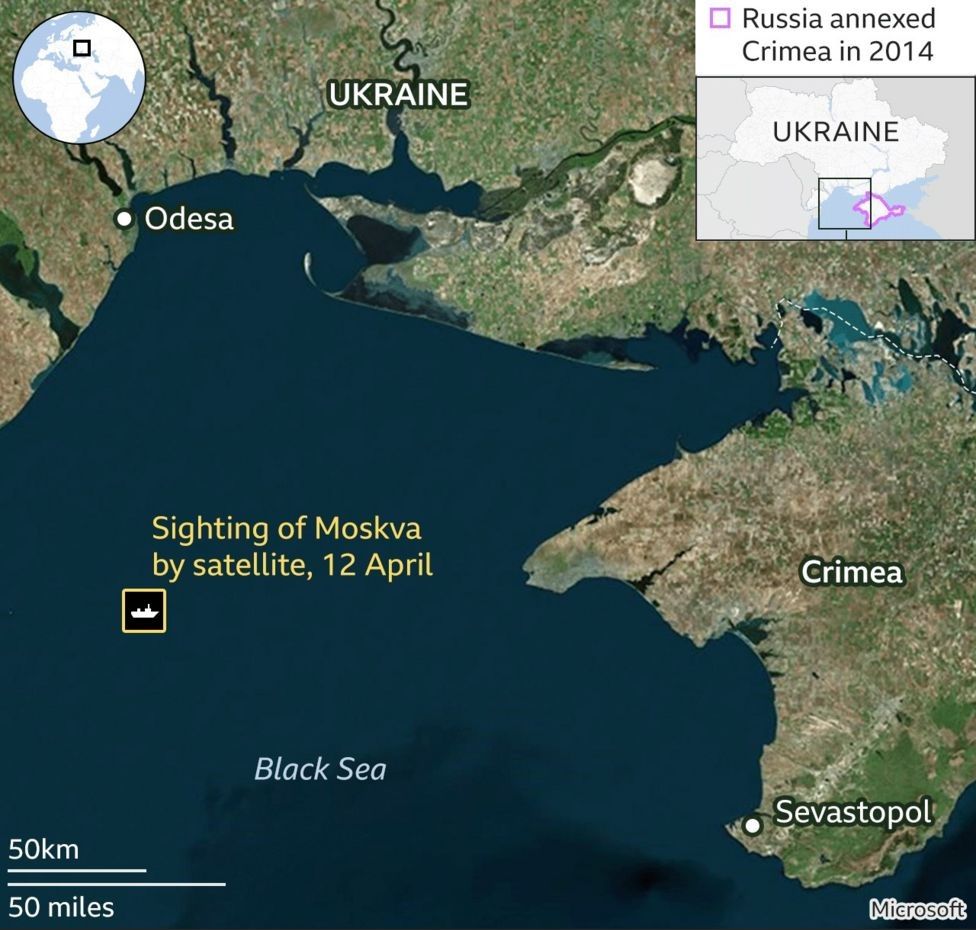 Kyiv military officials say they struck the Moskva with a Ukrainian-made Neptune missile.

The cruise missile system was designed by Ukrainian military engineers in response to the growing naval threat posed by Russia in the Black Sea, following its annexation of Crimea in 2014.

According to the Kyiv Post, the Ukrainian navy only received its first delivery of the 300km-range (186 miles) Neptune missiles in March last year.

Since the invasion began Ukraine has received an influx of military aid from Western allies, including £100m worth of anti-aircraft and anti-tank missiles that the UK announced it would be sending last week.

The warship was a "symbol of Russian naval power in the Black Sea," Michael Petersen of the Russia Maritime Studies Institute told the BBC.

"The Moskva had been a thorn in the side of the Ukrainians since the beginning of this conflict," he said, adding that to see it destroyed would be "a real morale boost to the Ukrainians." 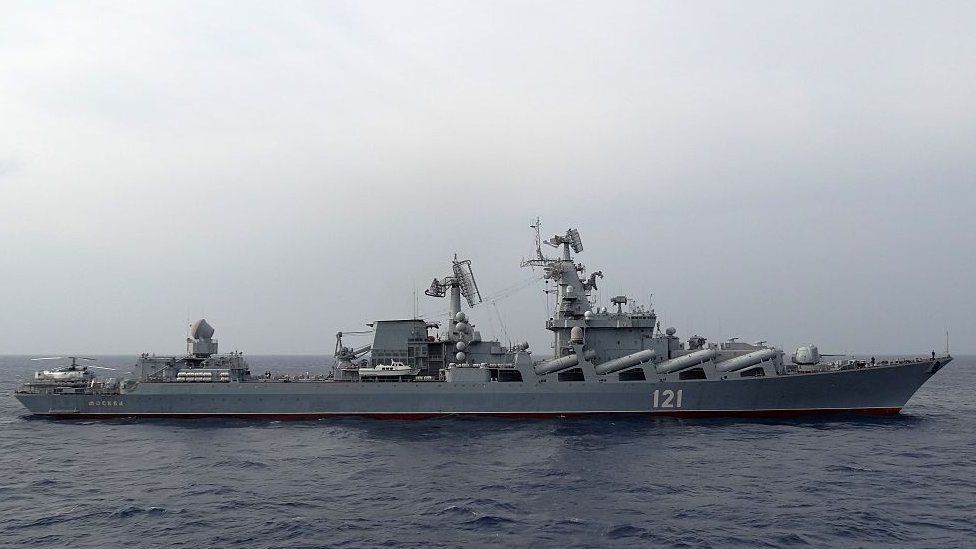 The Russian military has been dominant in the Black Sea since the annexation of Crimea in 2014, and has used its presence there to launch and supply the invasion.

Its Black Sea fleet has supported the war with the capacity to launch cruise missiles anywhere in Ukraine, and has been important in supporting Russian attempts to seize Mariupol.

In the early days of Russia's invasion the Moskva made global headlines after it ordered a group of Ukrainian soldiers on an outpost in the Black Sea to surrender.

When the troops defiantly refused in a radio message, it was initially believed that the border troops had been killed but in fact they had been taken captive.

The soldiers were later released as part of a prisoner swap with Russia in late March and their commander was honoured with a medal by the Ukrainian military.

The tale of their bravery became such a boost to Ukraine's morale that that the country's postal service commemorated their encounter on Snake Island with a special illustrated stamp. 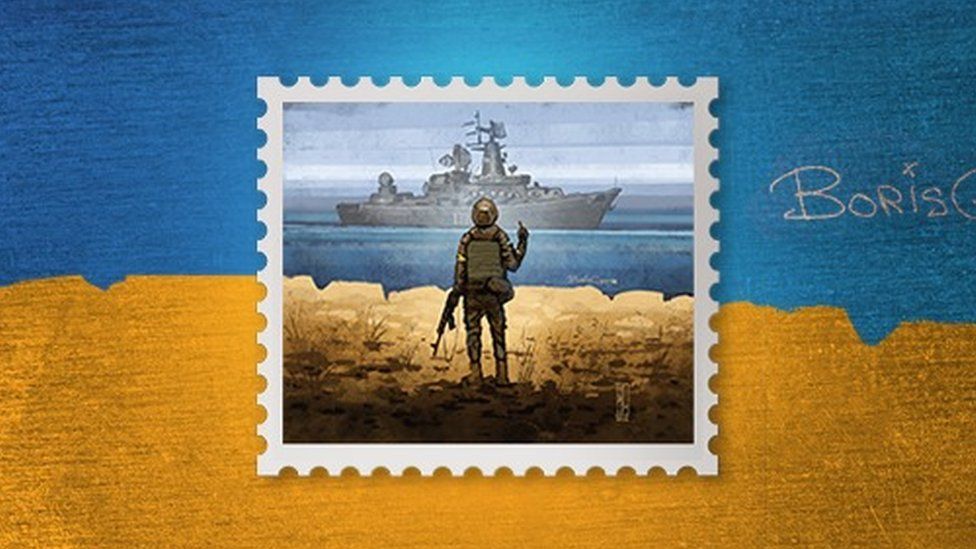