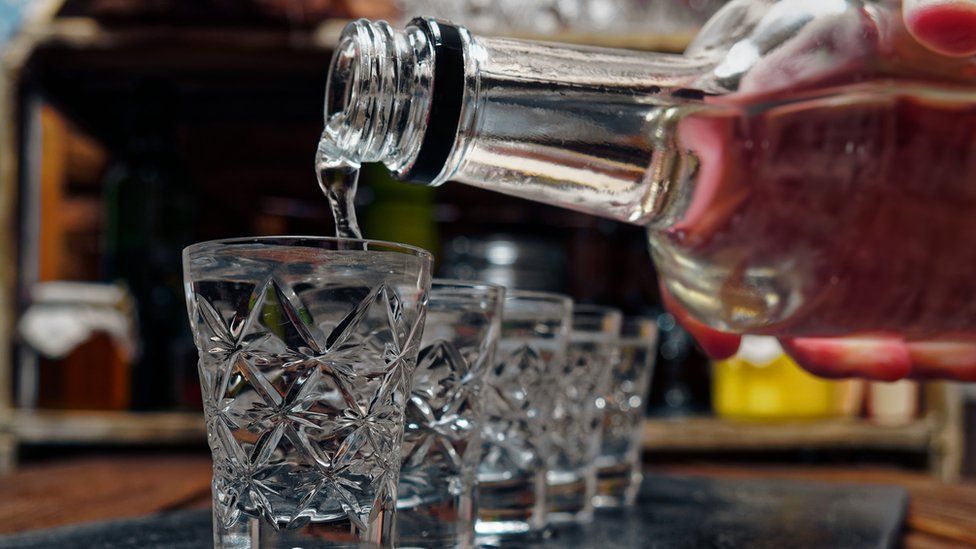 Sainsbury's, Aldi, Asda and Waitrose have all announced they will axe Russian products amid the war in Ukraine.

Waitrose, which is part of the John Lewis Partnership, will no longer sell Russian vodka either.

Asda's announcement will apply to about 100 products - mostly spirits, but also includes fish and some sweets.

The supermarkets follow moves from the likes of Morrisons and Co-op, which said on Thursday that they would withdraw Russian-made vodka from sale.

Sainsbury's said it would also change the name of chicken Kiev to "chicken Kyiv" to match the Ukrainian spelling of the capital.

A spokesperson for Britain's second-biggest supermarket said: "We stand united with the people of Ukraine.

"We have reviewed our product range and have decided to remove from sale all products that are 100% sourced from Russia."

Mohsin Issa, Asda's co-owner, said: "We stand with our customers and colleagues who are shocked by the Russian invasion of Ukraine - and our thoughts are with those people whose lives are affected by this crisis."

Meanwhile, the John Lewis Partnership said that it would also remove a line of Russian-made pizza oven pellets from sale in its department stores.

"We're working with our suppliers to review products that have components of Russian origin and will be seeking to mitigate further exposure to the region," a spokesperson said.

The Co-op, the first supermarket chain to announce such a move on Thursday, said that its decision was "a sign of solidarity with the people of Ukraine".

It took Russian Standard vodka off sale with immediate effect as it is "overtly marketed as being Russian" and is produced in the country, a spokesperson for the Co-op said.

Sainsbury's confirmed on Friday that it would, however, continue to sell JJ Whitley vodka products, after the manufacturer said it planned to move all production away from St Petersburg to Chorley in Lancashire.

"We support their announcement earlier in the week that they are moving all production to Chorley in the UK by the end of this month and will therefore continue to sell those products," it said.

According to reports in the Daily Telegraph newspaper, Tesco is also considering renaming chicken Kiev to match the Ukrainian spelling of the capital city Kyiv.

It has not yet confirmed whether or not it will remove Russian-sourced products, but has said previously it is following UK government rules on trading with the country.

Elsewhere, other supermarkets in Europe have also taken action. The Netto discount chain has already stopped selling Russian products across its stores Germany, Poland and Denmark.