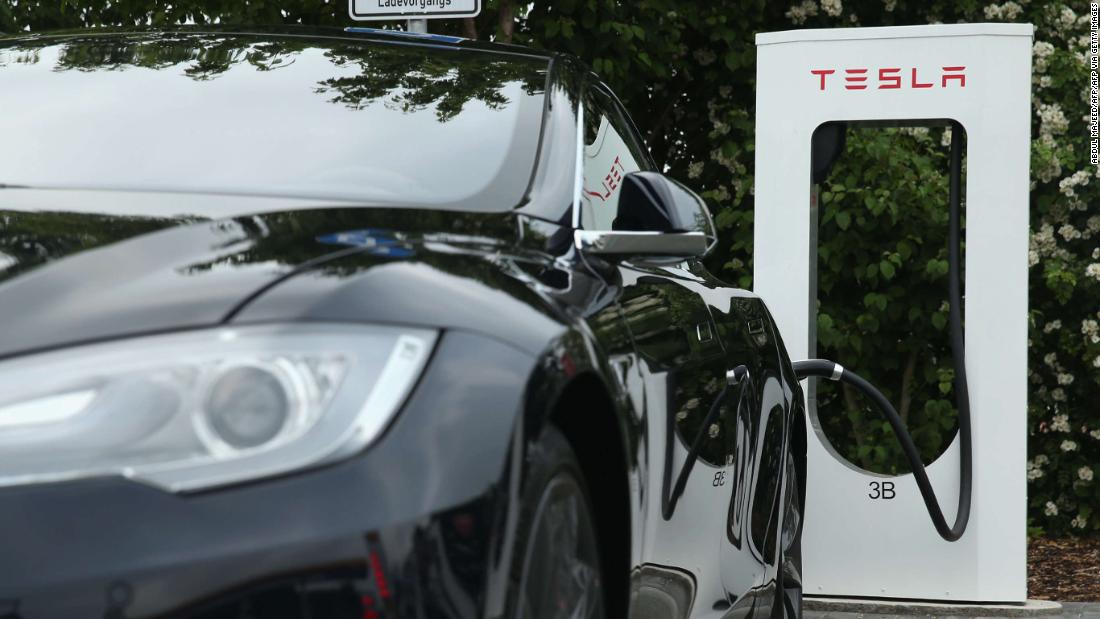 A German teenager says he found a vulnerability in an app installed in some Teslas, which allowed him the ability to unlock doors, flash headlights and blast music. The hack highlights the relative lack of oversight in apps that some drivers can download to their cars.

David Colombo identified a vulnerability in TeslaMate, a third-party app that some Tesla owners use to analyze data from their vehicle. He was able to access 25 Teslas that use the app, and he did not have access to steering, braking or acceleration, which could be especially dangerous.

The exploit did unlock a litany of potential unwelcome possibilities for drivers, the hacker said.

"Imagine music blasts at max volume and every time you want to turn it of [sic] it just starts again or imagine every time you unlock your doors they just lock again," Colombo, the 19-year-old behind the hack, wrote in a Medium post detailing the hack. Colombo said that he could even track the location of Tesla vehicles as their owners went about their day.

Colombo told CNN Business that he immediately reported the vulnerability that enabled the hack to involved parties, including Tesla. Colombo leads a cybersecurity company, and it is not uncommon for security researchers to seek out software vulnerabilities for potential compensation. Tesla offers cash incentives to people who report flaws in its software, but Colombo said he wasn't paid as the vulnerability was in a third-party app, not Tesla infrastructure.

(TeslaMate and Tesla did not respond to a request for comment.)

Cars, including Teslas, have been hacked before. But cybersecurity experts believe this is the first time a vehicle has been hacked through an app that has been granted access direct access to some vehicle controls and data. TeslaMate software is installed on a computer that is not the vehicle, and then accesses the vehicle through its interface for apps. Apps can delight drivers with services their car wouldn't otherwise have, as well as create new revenue for automakers through app-related fees.

But cybersecurity experts caution that the auto industry must mature, as there are growing risks as in-car apps become increasingly common in the years ahead.

"[Automakers] need to think about self-defending cars before self-driving cars," Srinivas Kumar, a vice president at the cybersecurity company DigiCert who leads efforts to protect connected devices, told CNN Business. "If a car can't defend itself from an attack, do you trust it to be self-driving?"

One way to prevent a hack of this nature, he said, would be if Tesla more thoroughly restricted apps' access to data and commands. For example, an app could be restricted to only be able to view data, such as whether the doors are locked, but not be able to unlock them.

"In a perfect world those apps in an app store that you could download to your Tesla wouldn't have access to anything critical," Colombo said.

Third-party apps are increasingly becoming available in new cars. Some newer models offer a limited range of apps on their infotainment system. Some Cadillac drivers can download Spotify, NPR and the Weather Channel, for instance. Newer Ford models offer apps like Waze, Domino's and Pandora.

Tesla has not officially launched a way for app creators to add apps to its vehicles. But tech savvy Tesla enthusiasts have written about how to do so.

Moshe Shlisel, the CEO of Israeli cybersecurity company GuardKnox, said that automakers should scrutinize apps that end up on their vehicles to ensure safety. GuardKnox is developing a way for cars to monitor their apps and shut them down if they're doing something wrong, such as communicating to an off-limits part of the vehicle.

"It's a wake-up call to the entire industry," Shlisel said of Colombo's hack.

He expects that cars in the future will have hundreds of thousands of apps to choose from.

General Motors reviews apps and scans them for vulnerabilities, according to spokesman Darryll Harrison. Ford, which also allows a limited set of apps on some vehicles, declined to comment for this story.

But screening apps displayed on infotainment systems won't stop a person with sophisticated technical abilities from running an app on a vehicle independent of the automaker's approval. This could be done through a USB connection or an over-the-air vulnerability as occurred in the Tesla hack, according to cybersecurity experts.

The National Highway Traffic Safety Administration released best practices for cybersecurity in 2016, but it hasn't created standards for apps installed in vehicles. Neither has the auto industry.