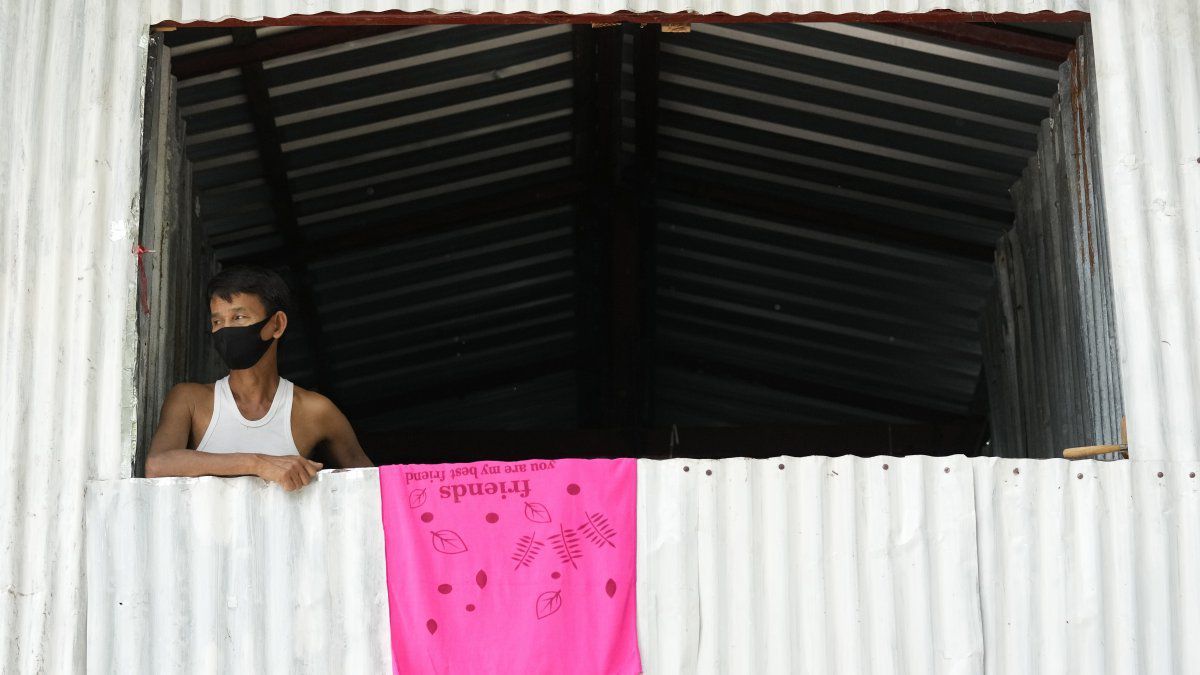 During Thailand's worst coronavirus rally yet, lockdown measures have reduced to zero what little had the poorest in Bangkok.
For two months now, carpenter Tun Nye has been unable to send money to his parents in Myanmar to help them care for their 11-year-old son, after Thai authorities closed the construction site where he works over concerns related to the pandemic.

Without work there is no income for him or his wife, who have been confined in one of the more than 600 worker camps in Bangkok, where they live in a small room in a dilapidated building, with boards and sheets to cover the missing windows.

During Thailand's worst coronavirus rally yet, lockdown measures have reduced to zero what little had the poorest in Bangkok. Volunteer groups work to make sure they survive.

For Tun Nye, 31, the bag of rice, canned fish and other supplies given to them by Bangkok Community Aid volunteers meant that they would not go hungry that week.

"It has been three or four months without money and we do not have enough to eat," he said as he collected his supplies. "And there is no option to go home to Myanmar, it is worse there."

The government closed the camps in late June after a series of delta-variant infections affected workers there, deteriorating the COVID-19 rally in Thailand. Many lost all their income, and although employers were supposed to make sure they had enough food and water, most of them did not.

"In one camp you could see that there were many supplies, that they were taken care of, and you walk another 30 meters (yards) to another camp and there they have not seen their boss in two weeks and they are told to go fishing to eat", said Greg Lange, one of the co-founders of Community Aid Bangkok, which delivers around 3,000 hot meals a day and about 600 "survival bags" like the one Tun Nye received.

The organization, founded at the beginning of the pandemic last year, now has more than 400 Thai and foreign volunteers like Lange, 62, of Florida who has lived in Thailand for 20 years. The group relies heavily on social media to make itself known and ask for help.

Donations come from corporations, individuals, and even governments. Some deliver food that they prepare themselves, others give packaged food or cash. The rice in the survival packs that were recently delivered to the slums near Bankok's main commercial port was purchased with Australian Aid funds; the apples were donated by the New Zealand and Thailand Chamber of Commerce.

When hospitals became overcrowded to the point that they were not receiving more COVID- 19 patients, volunteer doctors brought oxygen to their homes, hoping to keep them alive long enough until a bed was available in the intensive care unit.

"We were mainly dedicated to helping people survive this time with food and necessities, but suddenly we were dealing with human lives, there were people who literally died in our arms," ​​said another of the co-founders, Friso Poldervaart, a Dutch who has lived more than a third of his 29 years of life in Thailand.

"Hopefully, that situation is a little better now, there are more beds available and the government lockdown program works better, but we still send 20 or 30 people to the hospital every day, and we continue to administer oxygen," he said.

New infections in Thailand have hovered around 15,000 daily cases in recent days after reaching more than 23,400 in mid-August, while the death toll from COVID-19 remains high, with 224 deaths reported Sunday. The country accumulates 1.2 million confirmed cases and more than 12,800 deaths so far in the pandemic.

The government hopes that the country is about to emerge from its deadliest wave of the pandemic, in which 97% of total cases have been registered in Thailand and more than 99% of its deaths from COVID-19.

After a slow and criticized start to the vaccination campaign, around 35% of the population already have at least one dose and 12% are fully inoculated. In Bangkok, more than 90% of the inhabitants have a dose and more than 22% have a complete vaccination chart.