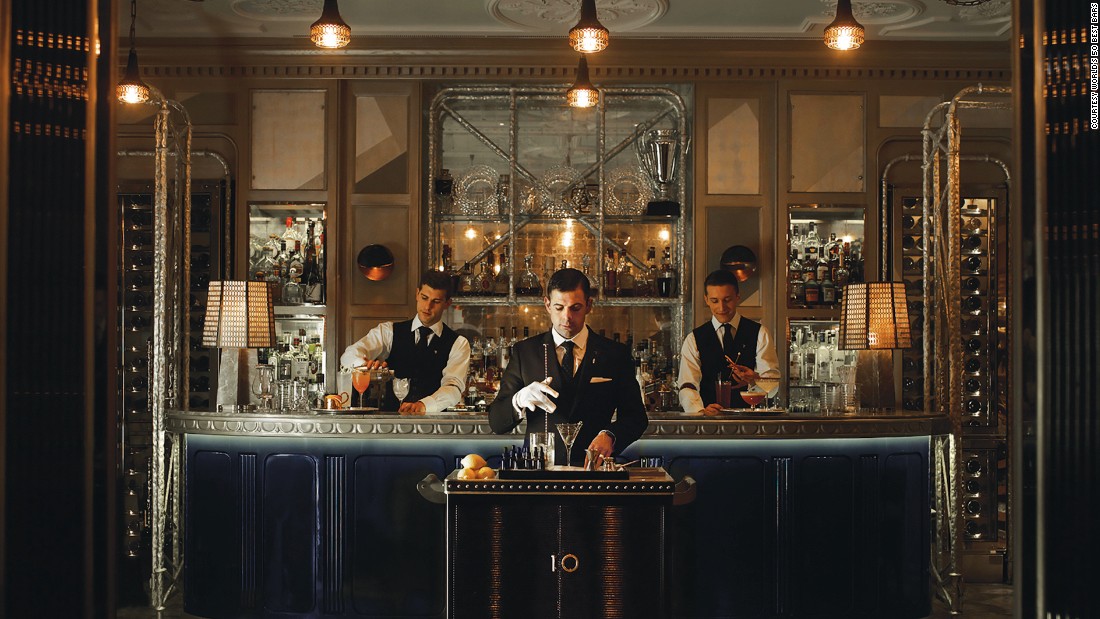 The best bars in the world for 2021 have been revealed

We're sorry, USA. Europe has completely trounced you at the cocktail game.

For much of its history, the annual World's 50 Best Bars list has been a battle at the top between New York and London.

But for the 2021 edition, announced Tuesday night at an awards ceremony in the UK capital, London holds the top two spots while New York has just two bars in the whole of the top 30.

It's also a notably more international affair than usual, with 17 countries represented in the top 50, and with 18 new entries spread across Australia, India, Mexico, Russia, Argentina, Sweden, Spain, China and the UAE.

After a Zoom-based event in 2020, this year's ceremony was in person once again at London's Roundhouse. However, the UK's new entry rules in response to the Omicron variant meant the overseas visitors faced some last-minute PCR test and self-isolation requirements before attending. 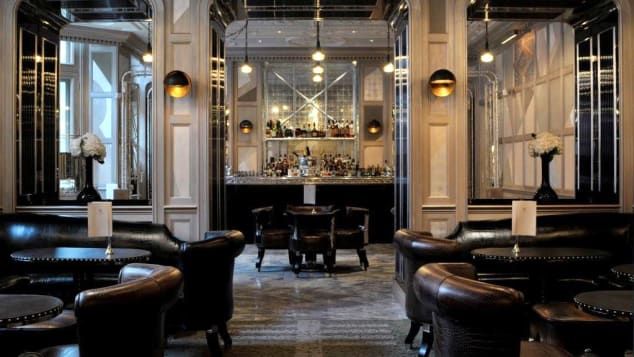 The Connaught Bar: Mayfair specialists in being ritzy.

London's Connaught Bar took the crown for the second year in a row, only the third bar to have done so in the awards' 13-year history.

The five-star Connaught Hotel has been a Mayfair institution since it opened as the Prince of Saxe-Coburg Hotel in 1815, and the Cubist-inspired 1920s-style bar, which opened in 2008, was designed by the late David Collins.

The Connaught's leadership team of director of mixology Agostino Perrone, head mixologist Giorgio Bargiani and bar manager Maura Milia have perfected their winning formula of consistently high-quality drinks and service in an elegant setting. The bar's specialty is its Martini trolley, where bartenders give a personalized drinks experience to guests.

Also in Mayfair, basement bar Kwant -- helmed by mixologist Erik Lorincz, who brought the American Bar at the Savoy to victory at the top of the Best Bars list in 2017 -- was at No. 31, having dropped down from No. 6 last year.

A bite out of the Big Apple

At No. 10 on the list, Katana Kitten, a Japanese-style bar in New York's West Village, was the highest-ranking bar in the US.

Subway-tiled Dante in Greenwich Village, which held the top spot in 2019, slipped down to No. 30 on this year's list. Miami's Cafe La Trova is at No. 28 while Attaboy, on New York's Lower East Side was at No. 32.

Mexico City's Licorería Limantour, at No. 6, was named Best Bar in North America, and the city was also represented by Hanky Panky at No. 12, Handshake Speakeasy at No. 25 and Baltra Bar at No. 38.

Buenos Aires also took a bite out of the Big Apple's cocktail dominance, with Florería Atlántico climbing to No. 5 and holding onto the Best Bar in South America award, and Presidente taking the Highest Climber award by rising 29 places to No. 21. Tres Monos, at No. 33, was another new entry. 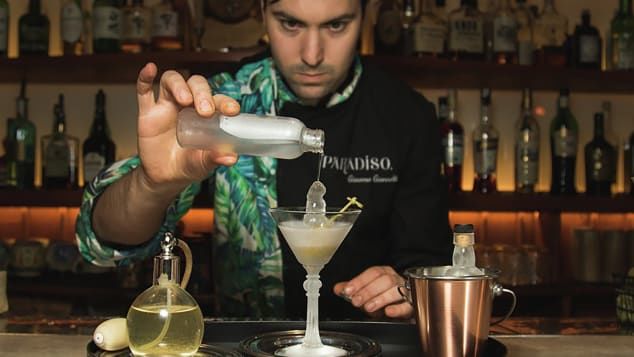 Giacomo Giannotti's Paradiso is a Mediterranean-style speakeasy, entered through the freezer door of a pastrami bar.

Spain led the way in Europe with four bars on the list, including Barcelona's Paradiso and Two Schmucks at No. 3 and No. 11 respectively. Salmon Guru in Madrid was at No. 24 and won the Michter's Art of Hospitality award.

Russia also outperformed the US, with St. Petersburg's El Copitas at No. 8 and Moscow's Insider Bar at No. 13.

Hong Kong's Coa climbed to No. 7 and was named Best Bar in Asia, but Singapore was the city with the most entries overall: a whopping six in total, led by Jigger & Pony at No. 9. It even has a bar called Manhattan -- at No. 15 -- as a further swipe at New York's lost crown.

The World's 50 Best Bar Academy is made up of bar industry experts from around the world. The voting period took place between March 2020 and September 2021.