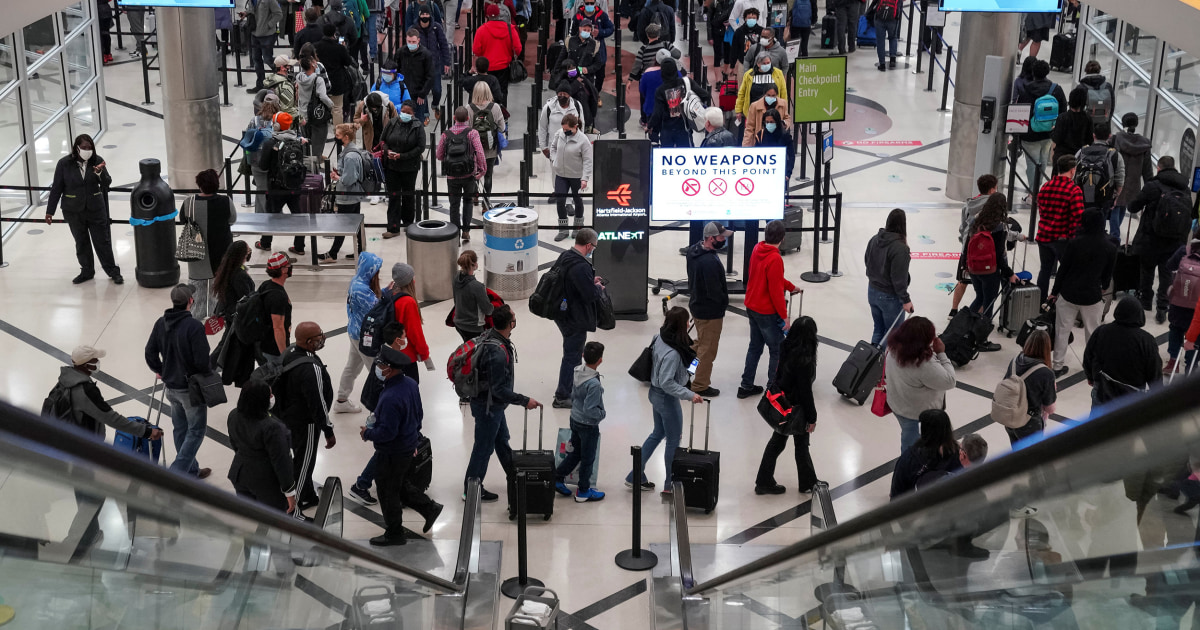 Blocking travelers from South Africa after the country identified the omicron variant discourages transparency about new strains in the future.

The raging Covid storm, whose toll may exponentially worsen as the ultracontagious omicron variant fully takes hold in the coming weeks, has seemed to do little to scuttle holiday travel plans. As of last week, AAA still expected 109 million Americans to travel between Thursday and the Sunday after New Year’s, a figure that is more than 90 percent of the prepandemic levels recorded in 2019.

Yet, even as domestic travel in America continues largely unabated, the country is hypocritically banning travelers from southern Africa — South Africa, Botswana, Zimbabwe, Namibia, Lesotho, Eswatini, Mozambique and Malawi — from entering the country. The United States imposed the restriction at the end of November in response to omicron first surfacing. But with omicron now officially the dominant strain here, responsible for 73 percent of new cases this past week, there’s little to be gained by blocking African travelers.

During his press conference Tuesday in which he unveiled his new strategy for fighting Covid, President Joe Biden acknowledged that the travel ban needs to be reconsidered. But no actions have followed.

Moreover, he didn’t appreciate the danger that comes from the ban itself. South Africa swiftly and responsibly alerted the world to omicron, which gave countries a brief window to assess the threat and coordinate national responses. Yet, punitive travel bans such as the one that greeted South Africa in return will deter other countries from sharing details of new variants and viruses out of fear of similar international isolation.

Biden’s travel measures left European countries with omicron outbreaks untouched, even though the variant was circulating in Western Europe even before its discovery in South Africa. The discriminatory policy, which is not grounded in science, sets a worrying precedent and double standard at a critical time in the pandemic.

Indeed, with omicron so widespread in the world, it makes little sense to maintain or institute focused travel bans on certain countries while excluding so many others. There are now confirmed cases of omicron on six continents. Any traveler, regardless of origin, can now be infected with the virus.

From 14th century plagues in Europe to the more recent SARS, or severe acute respiratory syndrome outbreak, countries and cities have used bans to try and seal their borders to keep out infections. “The idea that you could isolate or keep people away from each other through border control,” noted Dr. Monica Gandhi, an infectious disease specialist at the University of California, San Francisco, “is left over from a time when we did not have porous borders, air travel and mass movement of people.”

There are places even today that have been effective in reducing Covid transmission from barring outsiders — but they benefit from physical isolation. Several countries in the Pacific Rim have been a lesson in public health policy with their harsh and near-total travel bans that effectively stymied the novel coronavirus and staved off deaths.

Most notably, Australia, New Zealand, South Korea and Taiwan imposed severe restrictions early and coupled them with a robust public health smorgasbord — contact tracing, testing and quarantine. And these measures have translated into the most important metric for any nation: single digit deaths per 100,000 people.

But the experiences of geographically isolated places such as Australia, New Zealand and Taiwan are not generalizable, especially as supercontagious variants such as delta and omicron now zip through a globalized world. “There is a peculiarity to those countries,” Gandhi said. “With omicron, it’s almost impossible to think that we can isolate and break chains of transmission.”

A 2020 study published in the Journal of Emergency Management looked at travel bans in the context of four infectious diseases that have arisen in recent years - the Ebola virus, SARS, MERS (Middle East respiratory syndrome) and the Zika virus. It found that while such policies may postpone the arrival of a contagion in a country by days or weeks, they do little to counter the risk of its entry in the long term.

Another recent study published in the journal Science did find that worldwide restrictions on travel from Wuhan, China, were initially efficacious as they decreased the world’s Covid cases by 77 percent in early February 2020. Inevitably however, these travel bans only delayed the spread of the coronavirus by only a few weeks.

“Beyond the first 24 to 36 hours of a ban where you are trying to understand the conditions on the ground so you can respond accordingly, the benefits are just nil,” said Michael Osterholm, director of the Center for Infectious Disease Research and Policy at the University of Minnesota. “Omicron is all around the world. A travel ban in place right now really doesn’t make sense.”

It’s particularly nonsensical when the continued imposition of such wholesale measures against countries like South Africa disincentivizes transparency about new variants in the future, torpedoes global public health cooperation and strains political relations.

Real-time tracking, surveillance and timely reporting of variants are crucial because researchers need to know the distinctive features of the new strain to assess transmissibility, virulence and vaccine efficacy, while countries can better monitor and prepare a public health response to curb the spread of the new threat when it inevitably arrives. Punishing South Africa for its efforts with reflexive bans that harm the economy and livelihoods encourages secrecy when future variants emerge in other places, allowing them to spread unchecked across borders. As we have come to know, a new variant anywhere is a threat everywhere.

As Dr. Saad Omer, the director of the Yale Institute for Global Health, wrote in The New York Times, “The success of domestic efforts in the United States depends on what happens globally. A new variant or incomplete information about existing ones can undermine efforts to control the virus. It is in America’s interest that scientists, doctors and health officials everywhere do not feel conflicted in reporting relevant information rapidly and completely.”

Better approaches exist for international travel. Countries can require travelers to demonstrate a negative test within a day of departure and to show proof of vaccination. For further control, testing after arrival or after a brief quarantine period can be implemented.

In the face of the already widespread omicron variant, travel bans will now do little to keep us safer. Their use runs counter to the existing science and threatens trust in public health institutions. If Biden desires to craft a cogent omicron strategy, he must also lift this untenable ban now.