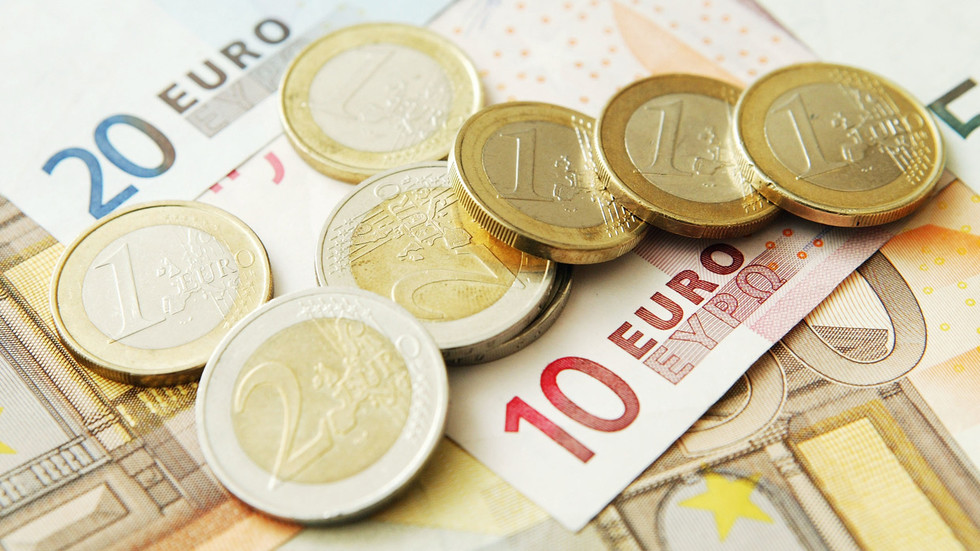 The euro is 20, but its days may be numbered

Two decades ago, a new currency was introduced across Europe. Since then, its limitations as a ‘one-size-fits-all’ solution for diverse economies have been exposed, and its future is as uncertain as the EU’s itself.
Although the euro initially came into being in 1999 in virtual form, January 1 marks the anniversary of the date when many Europeans first got their hands on the crisp notes of the new currency.

The euro became legal tender in 12 European Union member states on that day. Gone were the Deutsche mark, the franc, the peseta, the Italian lira – to name but a few – and in came the Frankfurt-controlled euro.

It was a day to be celebrated by those who had dreamed of a federal Europe for many years. Indeed, a common currency had been at the heart of the European project since its inception in the 1950s, although for many years it was on the backburner.

The arch-federalists had to wait until the 1992 Maastricht Treaty to see their dreams turned into a reality. That treaty, which almost brought down a British government, officially set the EU on the path to monetary union and the creation of the euro.

Under the provisions, a member state had to meet certain economic criteria to qualify to join the new currency. However, the criteria were manipulated, or in some cases ignored, which added weight to the argument that the currency was always more about politics than economics.

For example, one of the key components of the criteria was that a member state could not have a budget deficit of more than 3% of Gross Domestic Product (GDP). Yet countries were allowed to doctor the figures to ensure that they could join the fledgling currency.

My old boss, the economist and former MEP Dr. John Whittaker, warned in 2006 that the Mediterranean states had been placed in a precarious economic position due to their membership of the euro.

Although his warnings were dismissed in Brussels, he was right. When the global economic crash came in 2008, Spain, Portugal, Italy, and Greece, in particular, saw their economies decimated.

Greece, for example, found itself trapped in a currency that was not appropriate for its economic needs. Labour costs were high, productivity low, borrowing was too high, and the euro exchange rate made the country uncompetitive in the global marketplace.

I argued at the time that it would have been better for Greece to leave the euro and revert to the drachma, which would have allowed the country to set its own interest and exchange rates and get the economy growing again.

Even though the mandarins of Brussels and the bean-counters in Frankfurt probably knew that this would have been better for the Greeks, they could not afford to allow it to happen. If Greece was to revert back to its own currency and turn its economy around, Spain, Portugal, and even Italy might have followed suit. The decision to keep Greece in the euro straitjacket was obviously another that was driven by politics and not economics.

The Greeks were therefore forced, under duress, to swallow Brussels’ medicine, which came in the form of the removal of democratically elected government, drastic budget cuts, and the appointment of a ‘troika,’ (made up of the International Monetary Fund, the European Central Bank, and the European Commission), to run its financial affairs.

The Greek situation proved that being in the euro is akin to being in ‘Hotel California’; you can never leave. Once you are in, you are in, and it is a one-way street towards ever closer fiscal union.

The problem with the euro is that it does not fit local economic conditions. It is a one-size-fits-all currency that incorporates a diverse set of economies. And that alone explains why the EU is striving for even more economic convergence.

Yet the European Central Bank (ECB), which governs the euro, has to set a single interest rate for the 19 member states that are currently in the eurozone. It is simply impossible to please everyone all of the time, which is why many member states are struggling with an interest rate that is incompatible with their economies.

Indeed, over the past 20 years it has become clear that the euro’s interest rate has been set to suit the German economy. The needs of those on the EU’s peripheries have been secondary. It is understandable in one sense, as Germany is the EU’s largest and most important economy, and also where the ECB is located.

It is not surprising, therefore, that a 2019 study by the Centre for European Policy confirmed only Germany and the Netherlands have prospered from the introduction of the euro, while other countries, including France and Italy, had seen a drop in prosperity.

Sensibly, I would argue, not all EU member states have joined the euro. The Poles and Hungarians have stayed out, the Danes refused the adoption of the currency in a referendum in 2000, and the Swedes followed suit in 2003.

The UK, when it was an EU member state, also refused to join. Former Prime Minister Tony Blair wanted to take the country in, but was first scuppered by his chancellor Gordon Brown, and then forced to consider a referendum on the currency, which never happened. If Britain had joined, Brexit would have been all the more difficult.

A few weeks back, the eurozone’s finance ministers gathered in Brussels to toast the 20th anniversary of the currency. There would have been lots of back-slapping and champagne drunk no doubt. But will the euro see its 30th, 40th, or 50th birthday?

I am not so sure. Cracks within the EU are widening, and at some point in the future the bloc will have to decide what it wants to be: either a European superstate or a looser collection of independent states. If it fails to make this decision, the EU may well fragment – and the euro will inevitably suffer the same fate.