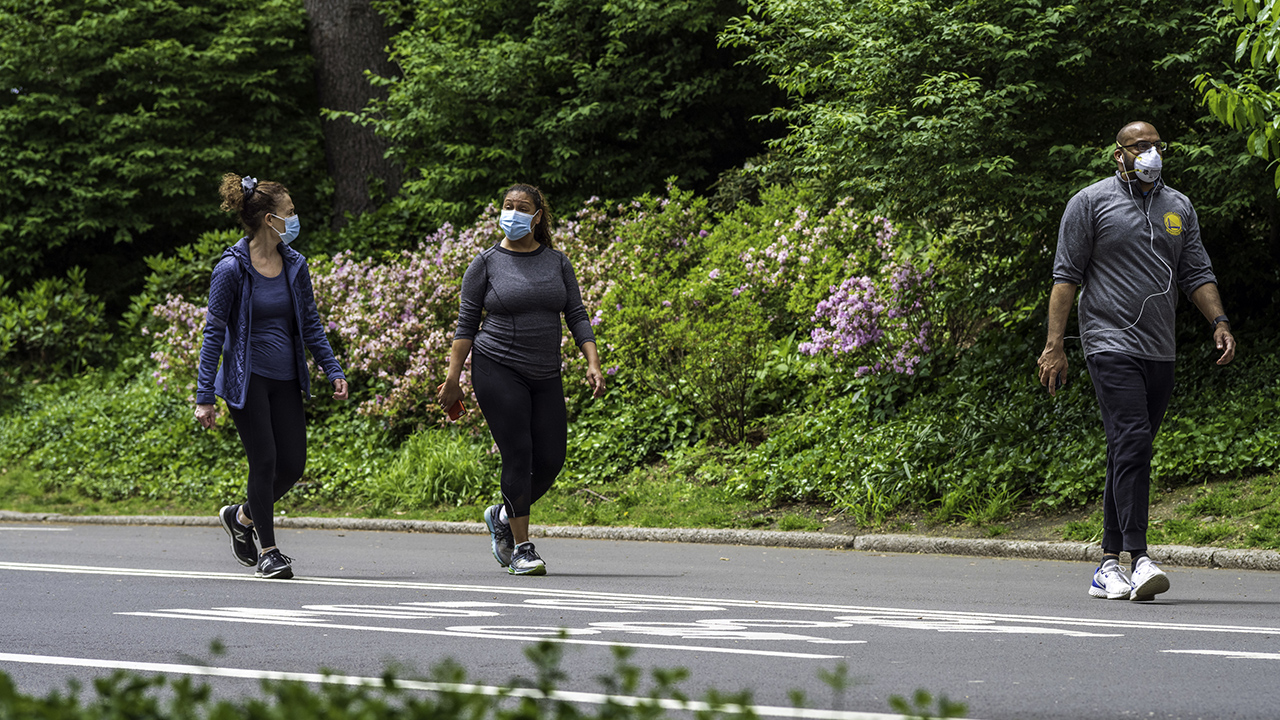 The exercise routine that's 3 times more beneficial than walking, according to researchers

Moderate or vigorous physical activity is greater than three times more beneficial to a person's health than walking, according to new research.

A recent study published in the European Heart Journal examined the exercise habits of 2,070 adults – the slight majority of whom were women – who participated in the Framingham Heart Study, using accelerometers.

An accelerometer is a device that measures the vibration or acceleration of motion of a structure.

Cardiopulmonary exercise tests – using a face mask or mouthpiece to measure oxygen intake and the carbon dioxide expelled – were performed from 2016 to 2019 on stationary cycles for comprehensive fitness evaluations.

Participants also brought home accelerometers to wear around their waist for eight days after the study visit, according to Dr. Matthew Nayor the study's lead author and Boston University assistant professor of medicine.

The findings, the study's authors said, were largely consistent across the categories of age, sex, obesity and cardiovascular risk.

An increase of 17 minutes of moderate-vigorous physical activity per day or 2,312 steps per day or reductions of 249 minutes of sedentary time per day between two testing cycles corresponded with a 5% higher peak oxygen uptake, and individuals with high above-average steps or moderate-vigorous physical activity demonstrated above-average peak oxygen uptake values regardless of their sedentary time per day.

"Our findings provide a detailed assessment of relations of different types of physical activity with multidimensional cardiorespiratory fitness measures and suggest favorable longitudinal changes in physical activity [and moderate vigorous physical activity in particular] are associated with greater objective fitness," they wrote in the study.

In a Q&A with Boston University's "The Brink," Nayor explained that the study came about as a means of better understanding the links between both physical activity and higher levels of fitness.

"We expected to find that higher amounts of moderate-vigorous physical activity, like exercise, would lead to better peak exercise performance, but we were surprised to see that higher intensity activity was also more efficient than walking in improving the body’s ability to start and sustain lower levels of exertion," he said.

"We were also uncertain whether the number of steps per day or less time spent sedentary would truly impact peak fitness levels. We found that they were associated with higher fitness levels in our study group. These findings were consistent across categories of age, sex, and health status, confirming the relevance of maintaining physical activity [throughout the day] for everyone."

The Boston Medical Center cardiologist noted that the study's conclusion also indicated that much of the negative effect of being seated and inactive may be offset by having higher levels of activity and exercise.

Nayor said that the researchers hope the study will provide information that can be ultimately used to improve physical fitness and overall health.