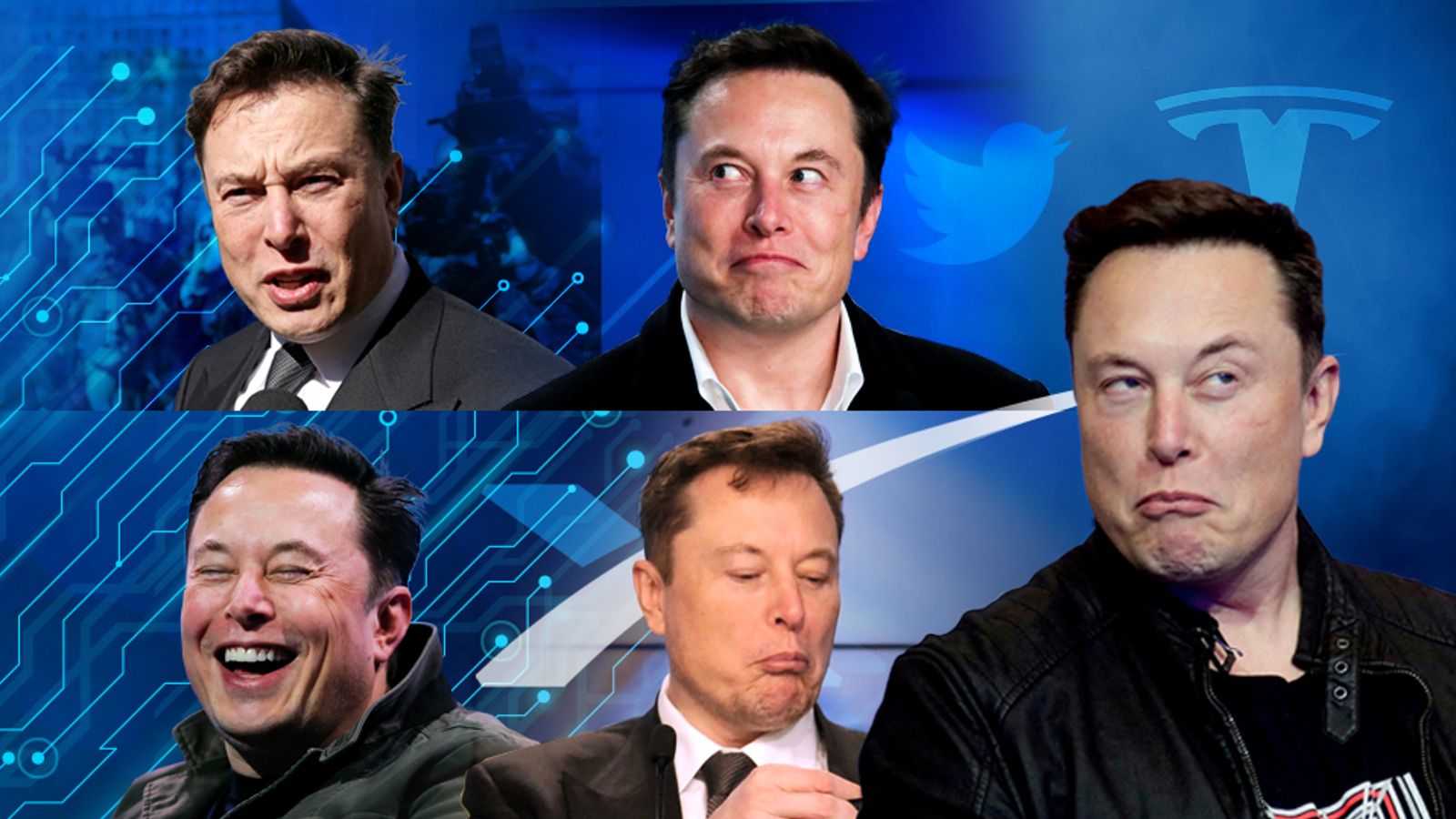 The five faces of Elon Musk

A visionary businessman, a compulsive Twitter user, a 'dangerously deluded' billionaire, a rogue entrepreneur, and an internet troll.

Few businessmen have ever dominated the public's attention quite like Elon Musk does.

Even before his relatively recent achievement of becoming the world's richest man, he had been the subject of books and countless news articles, and had even made a cameo appearance in the film Iron Man 2, whose main character he had been compared to.

But even as an avatar of success in capitalism, he's a man that provokes equal measures of applause and opprobrium, hailed by some as a genius while derided by others as an excessively wealthy threat to the social order.

But of all of these ideas about who Elon Musk is, which one is he really? 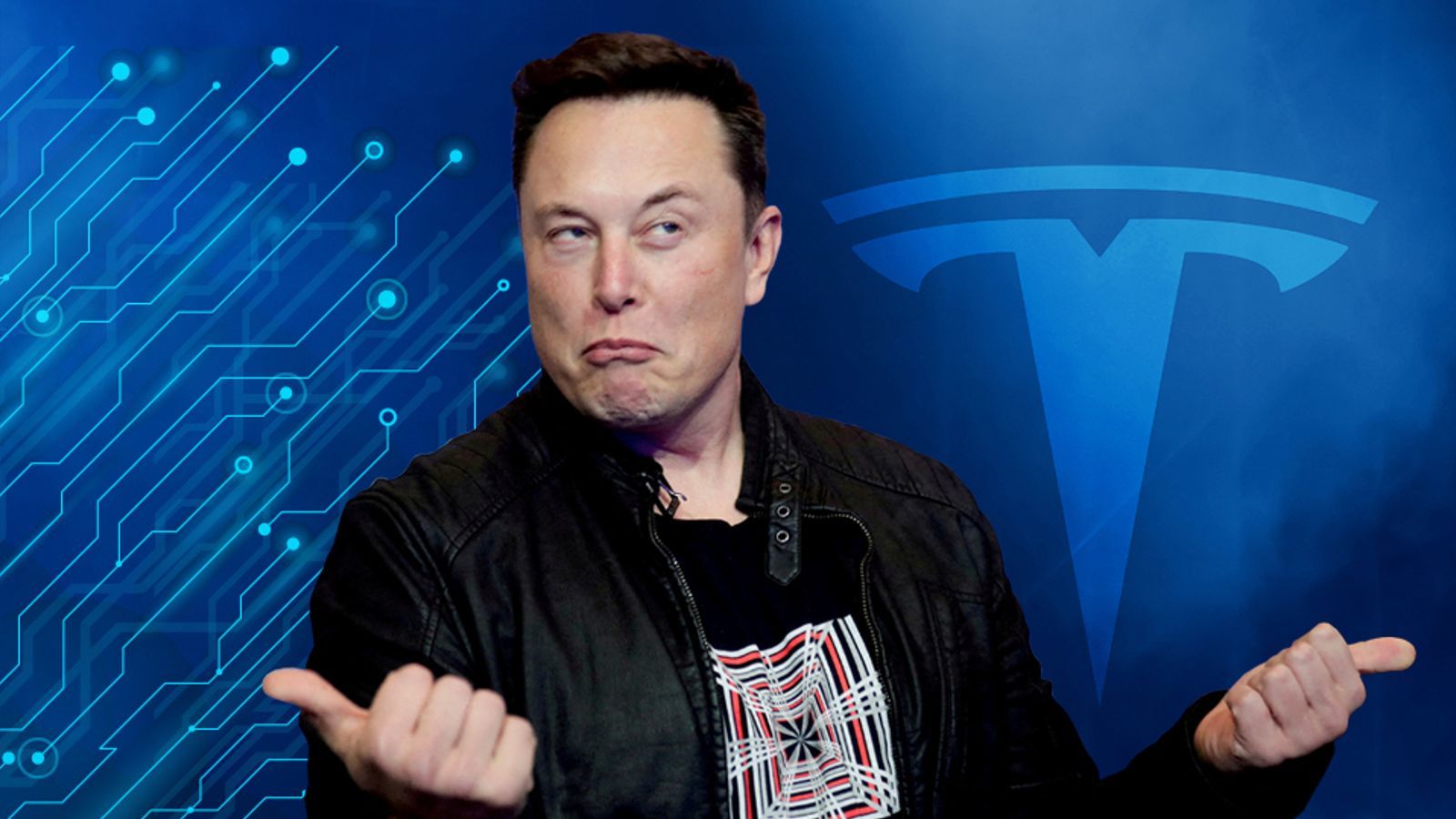 It is easy to forget that the idea of electric cars used to be a bit of a joke. The notion of vertically landing and reusing a rocket after it had launched into space was positively ludicrous.

But Elon Musk's businesses have made both of these things a reality. Tesla and SpaceX have reshaped the economic realities for both the electric vehicle and space launch markets.

Naming him the newspaper's person of the year for 2021, the Financial Times newspaper credited him with triggering "a historic shift in the world's auto industry".

SpaceX has also returned the ability to launch astronauts from US soil after NASA retired the shuttle fleet and has single-handedly reinvigorated the public interest in space exploration.

And perhaps even more is coming, in a business sense. One of the least-recognised achievements has been the launch of his Starlink satellite constellation.

Amid growing calls for more regulation of satellites in low-Earth orbit, establishing a constellation and snapping up that orbital real estate before there are any rules governing how to do so may prove to be a shrewd long-term investment. 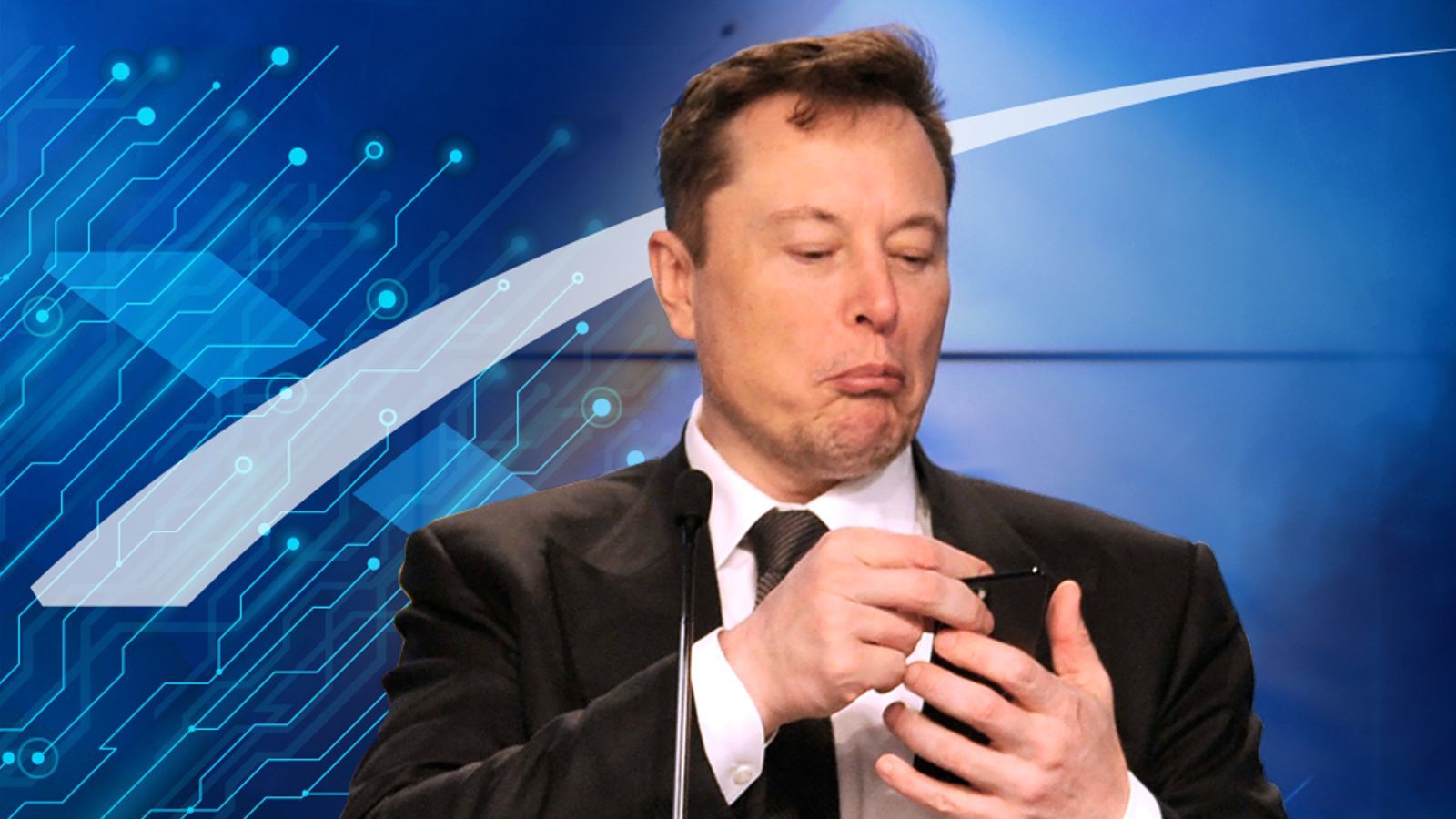 Elon Musk has as many Twitter followers as the combined populations of the United Kingdom and the Netherlands - about 85 million - but only follows 114 accounts himself.

He is, of course, now set to purchase his favourite platform for $44bn - but his comments on Twitter have caused him a lot of trouble in the past.

He was forced to forfeit his role as Tesla's chairman after falsely tweeting that funding had been secured to take the company private for $420 per share - a number popularly used to reference cannabis.

He was sued for defamation after calling a British cave rescuer based in Thailand "pedo guy" after the cave rescuer insulted him by saying Mr Musk's offer to help rescue trapped schoolchildren was more of a publicity stunt than an actual useful offer. Mr Musk won in court by claiming he had not intended to literally suggest that the Briton was a paedophile.

Tesla shares plummeted back in 2018 when Mr Musk told an analyst they were a "boring bonehead" when they questioned the chief executive about the firm's record net loss, although the company is now on a solid financial footing.

His off-the-cuff tweets move markets and prompt dozens of news stories, and anything he writes mentioning Tesla needs to be pre-approved by a lawyer following the claim to have secured funding to take the company private.

The billionaire acknowledged "there are times when I shoot myself in the foot" on Twitter, but was not especially apologetic about doing so. This kind of compulsive use of the platform has cost him before and will almost certainly do so again in the future. 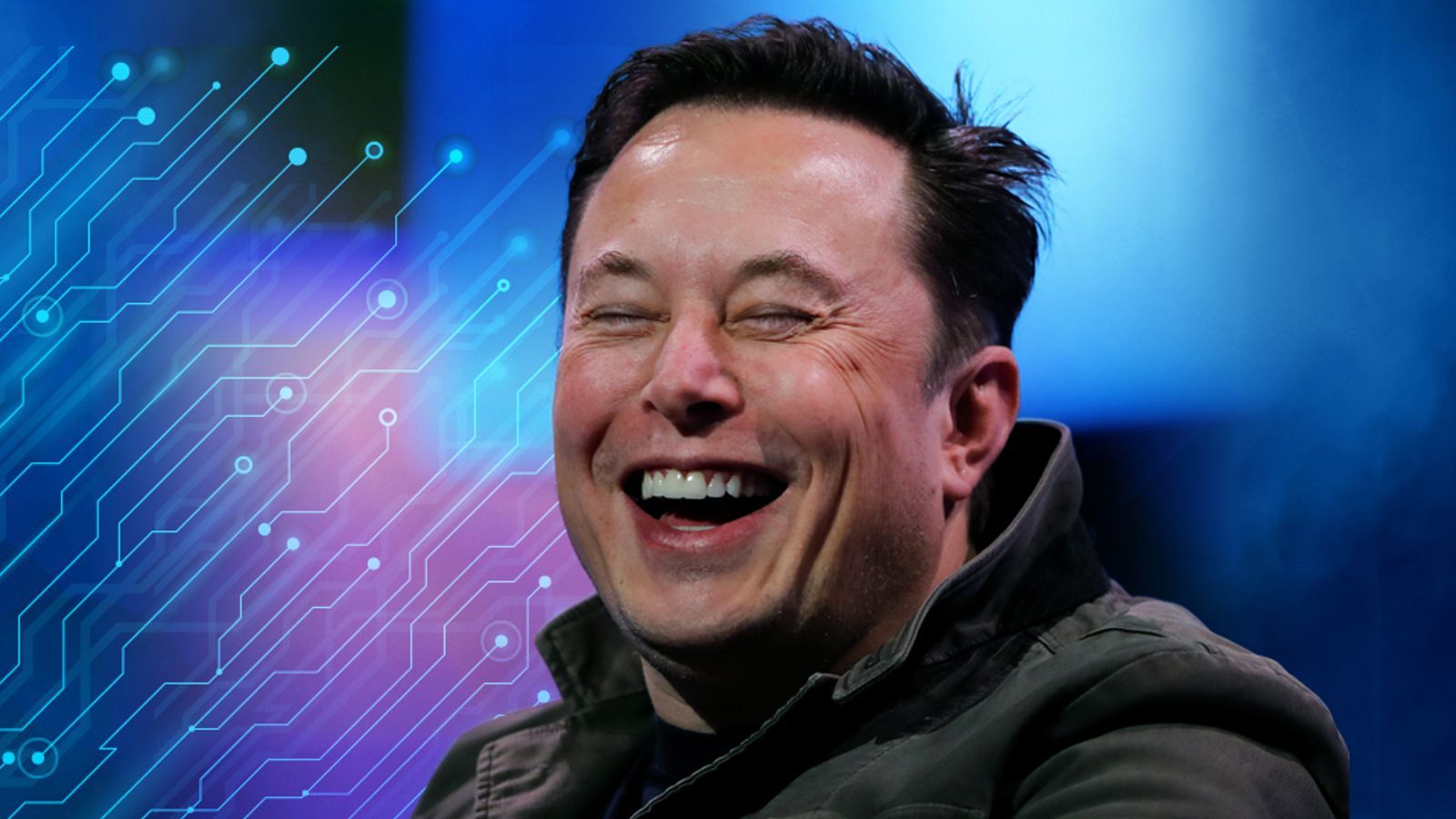 In one of his most famous quotes, Elon Musk said: "I'd like to die on Mars; just not on impact."

But his goal of making humanity a multi-planetary species, including building a city on Mars within our lifetimes, has been described as a "dangerous delusion" by Britain's chief astrophysicist Lord Martin Rees.

Mr Musk's banner image on Twitter - alongside promotional material from his company SpaceX - shows the planet Mars being terraformed; transformed into a world with a similar environment to Earth's, such as liquid water and green vegetation to support an oxygenated atmosphere.

It is an idea straight out of science fiction, and an impossibility with current technology according to one NASA-sponsored study. But so perhaps were electric cars and reusable rockets.

Mr Musk has a habit of being myopic when making future predictions and anticipating they would arrive much sooner than they would, which is perhaps what is prompting accusations of his being "dangerously deluded". 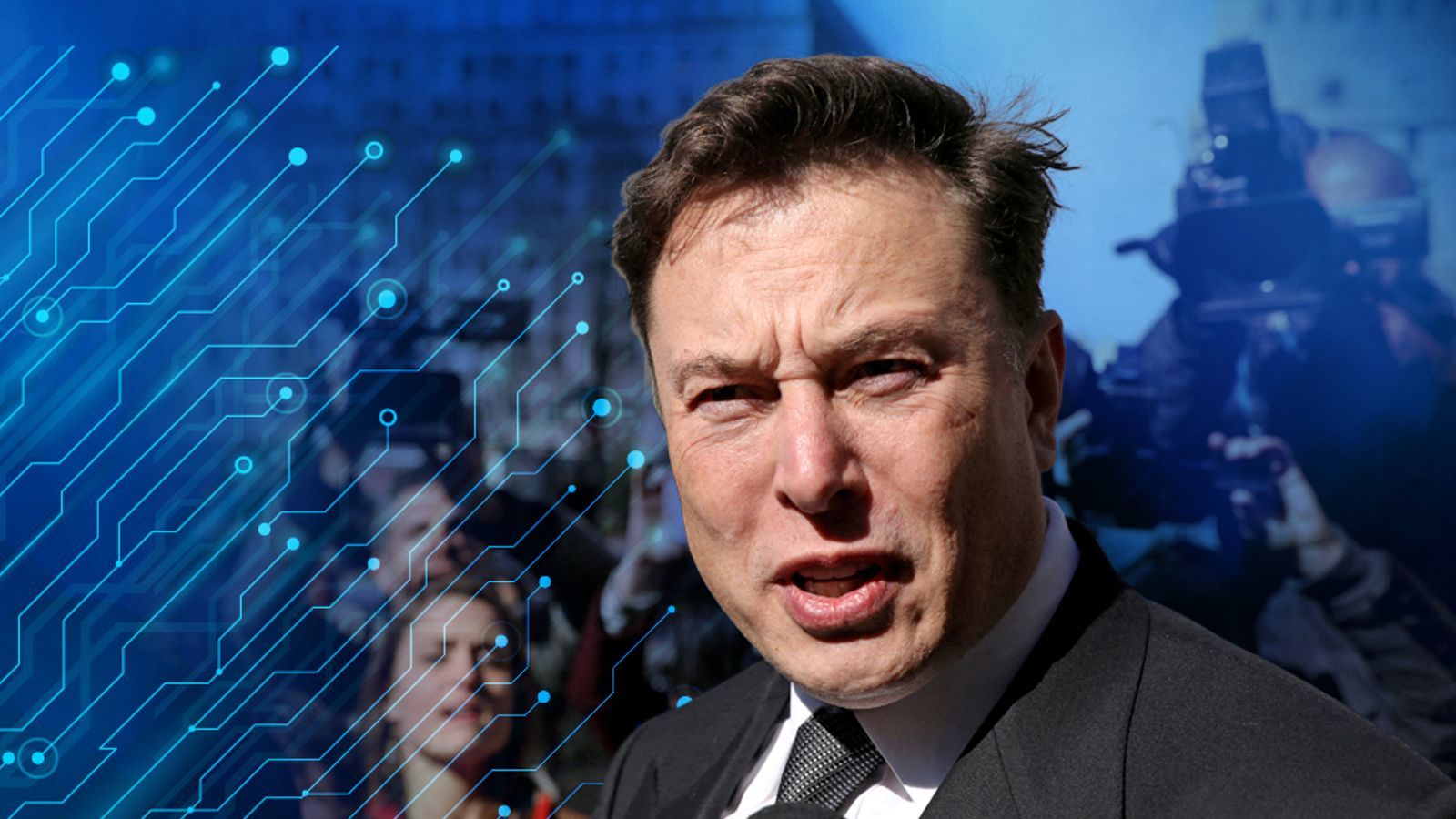 And this myopia - Mr Musk seeing things being much closer than they truly are - also feeds into the image of him as the epitome of a particular kind of Silicon Valley stock character; often over-promising and under-delivering.

His somewhat rogue business ventures have included the Boring Company (and flamethrowers released as part of its funding round), Hyperloop, and Neuralink - all of which have been accused of under-delivering on their initial promises.

Neuralink was pitched as a brain-computer interface that aimed to implant the first chip in a human brain before the end of 2020. This has still not happened.

The implant the company has spoken publicly of to-date is only capable of recording signals from the brain's motor cortex that normally coordinate hand and arm movements - and there is at the moment no timeline for an interface with any of the brain's higher cognitive functions.

In July 2017, Elon Musk said he received "verbal government approval" to build an underground hyperloop between New York, Philadelphia, Baltimore and Washington DC, although nothing substantial has yet materialised from this project. A contract for a system of underground tunnels in Las Vegas has been downgraded to merely a "Loop".

Last year he claimed Tesla could launch a humanoid robot as early as this year, although there is no sign of that happening.

We'll have to wait and see whether these are genuinely unjustifiable projects or if they - like Tesla's cheap electric cars and SpaceX's economic model for reusing rockets - will just take much more time than Mr Musk expected to come to fruition. 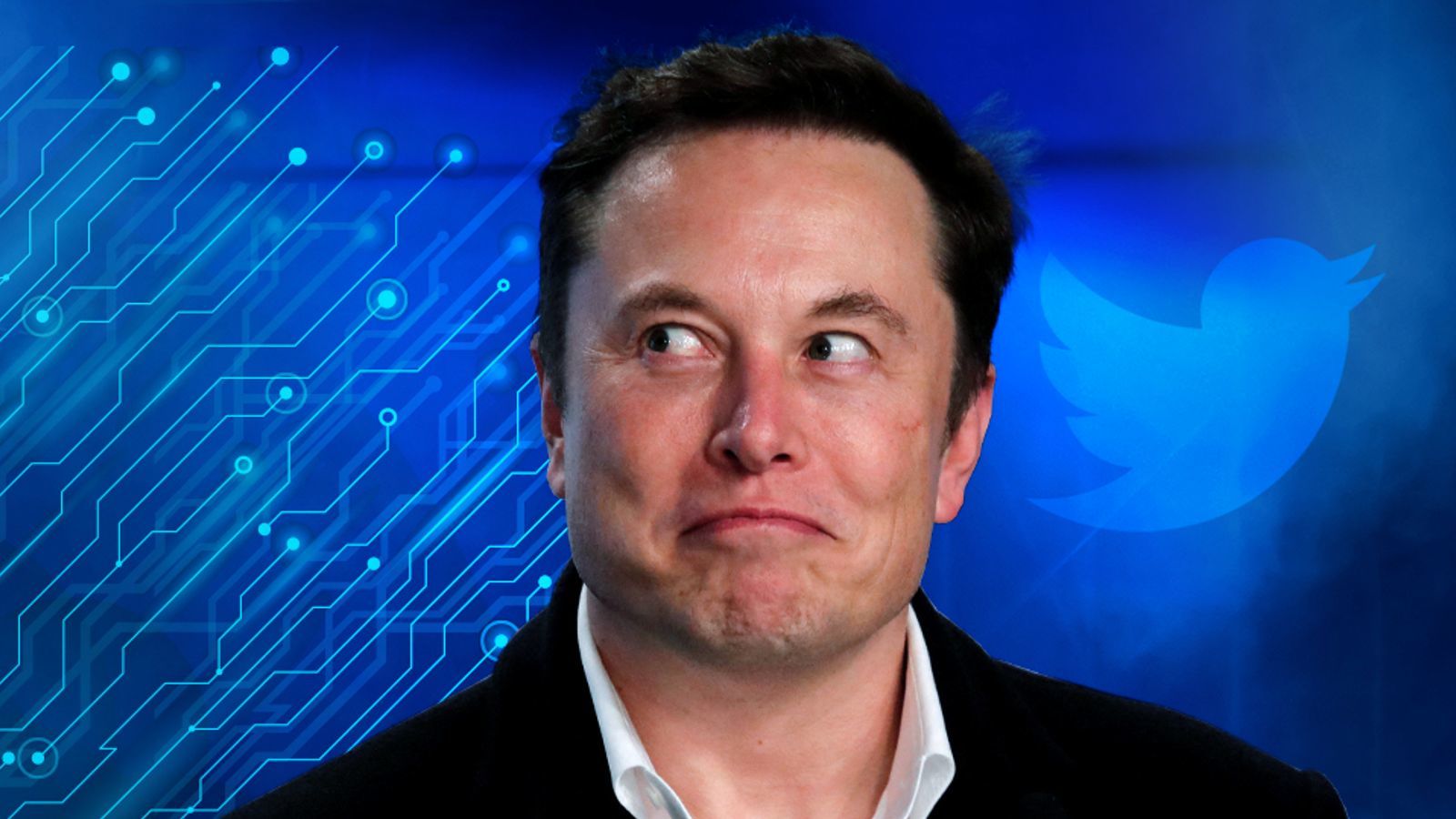 The above faces of the man all miss something about his interactions with others, though - that he is a committed, purposeful troll, often actively agitating against anything which might inconvenience his businesses, with the legal team of a billionaire protecting him from repercussions.

But even with his extensive legal support, Mr Musk still picks his battles. While he described 1COVID1-19 lockdowns in the US as "fascism" he held his tongue about similar government moves in China, which were much more draconian and also impacted production at Tesla factories.

Unlike in the US, Mr Musk's business in China is conducted at Beijing's discretion.

He has repeatedly criticised independent regulators - especially the US Securities and Exchange Commission - and hasn't been afraid to dip his toes into "culture war" topics, recently mocking a picture of Bill Gates with a bit of a paunch, comparing him to the new emoji for a pregnant man and posting another meme featuring a transgender flag.

He tweeted in support of Canadian truckers protesting over 1COVID1 legislations that required people crossing the US-Canada border to be fully vaccinated and warned that the Canadian government was on the way to fascism by preventing legal protests.

This aspect of Mr Musk can't be disentangled from the others, of course. His compulsive tweeting is inextricably linked with his trolling, that is linked to his vision for his businesses - which has exposed him to allegations of rogue entrepreneurship - and that is tied to the same foresight that has been criticised as "dangerously deluded".