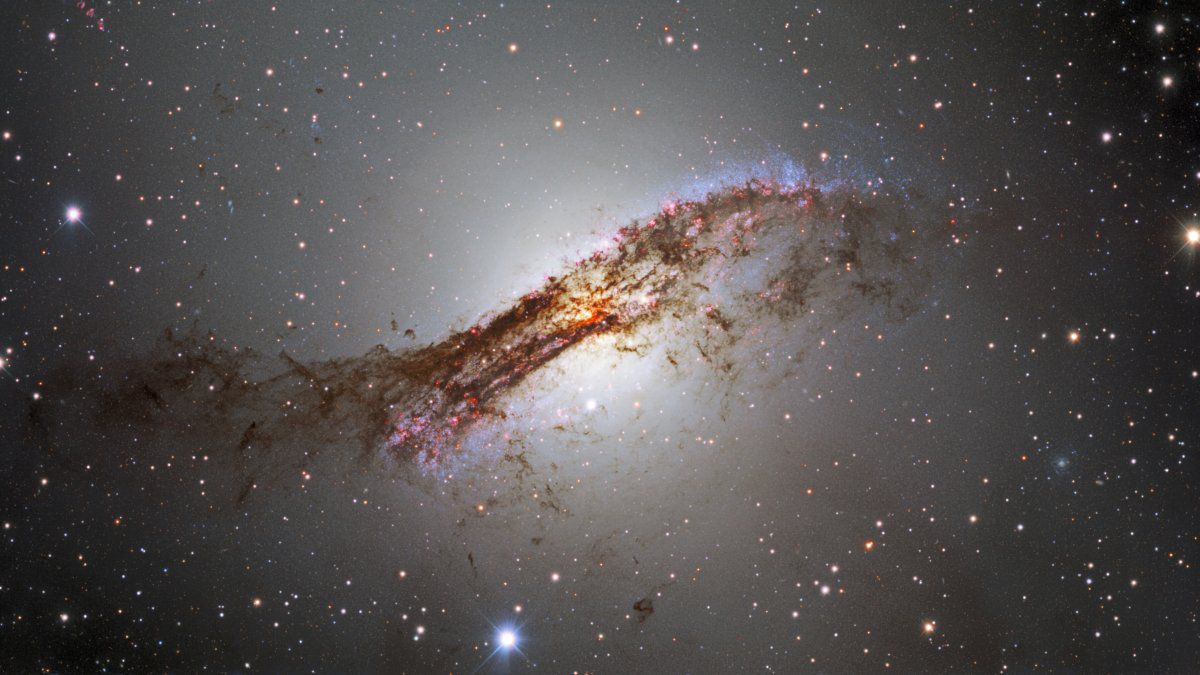 The galaxy Centaurus A, photographed in great detail from Chile

The galaxy Centaurus A, located in the constellation Centaurus, is one of the closest giant galaxies to Earth.

The galaxy Centaurus A, more than 12 million light years away, has a peculiar appearance, wrapped in dark filaments of dust, along with the brightness of its stars, it can be seen in detail thanks to the image taken by the telescope Victor M. Blanco in Cerro Tololo (Chile).

Centaurus A, located in the constellation Centaurus, is one of the closest giant galaxies to Earth, and astronomers used the four-meter telescope's dark energy camera to take the image.

In the image, the glow of its stars and the dark filaments of dust that hide the bright center of the galaxy stand out. These are the result of a collision in the past, when a giant elliptical galaxy merged with a smaller spiral one.

In addition to large amounts of gas and dust, the dark line of Centaurus A contains an extended zone of star formation, as indicated by the red hydrogen clouds and the large number of faint blue stars visible at each end of the dust line. explains the American National Laboratory for Research in Optical-Infrared Astronomy (NOIRLab).

Centaurus A is one of the best-studied objects in the night sky of the Southern Hemisphere, since it was discovered in 1826.

Its bright galactic bulb and recognizable dark dust fringe are visible with binoculars or small telescopes, making it a well-known object to amateur astronomers.

The image released today was processed by astronomer Monika Soraisam, currently at the University of Illinois, as part of a long-term follow-up campaign between 2018 and 2021.