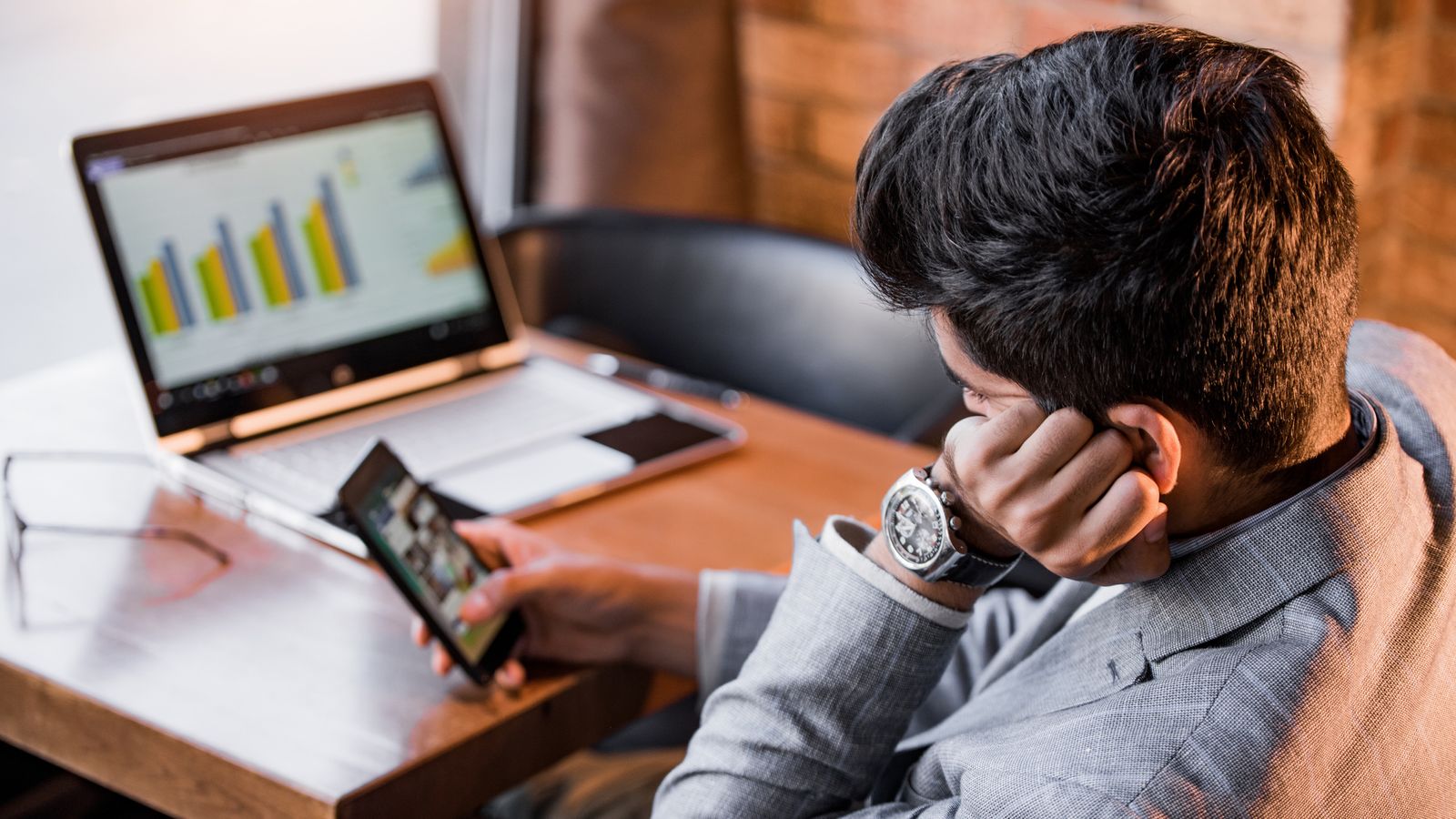 Quiet quitting has become a big buzzword, so much so that it was named one of Collins Dictionary's words of the year (beaten by permacrisis). But is it actually a particularly new concept? And how does it compare to quiet firing?
The clock strikes 4pm. You've been working for seven hours. Time appears to have stopped - and when it comes to passing the time, that project you could make a head-start on sounds like the least appealing thing in the world.

You've been to all your meetings, replied to all your emails, and have surely earned the right to do the absolute bare minimum - or perhaps even less - until it's time to log off.

If this sounds like you, you may be a classic case of a "quiet quitter".

But don't worry, you're not alone.

Well, maybe worry a bit, but we'll get to that.

What is quiet quitting?

Quiet quitting has become a buzzword, so much so that this week it was named one of Collins Dictionary's words of the year (beaten by permacrisis).

The concept really took off over the summer, when #quietquitting began trending on TikTok, as wannabe lifestyle gurus empowered their followers to resist unsatisfying work culture.

Interest in the phrase absolutely skyrocketed, with analysis by Similarweb showing more than 1.2 million online searches during August alone.

Many were people wondering what quiet quitting even is.

"Simply put, it is where an employee puts no more effort into their job than is absolutely necessary," Anisha Patel, applied research consultant at Steelcase, told Sky News.

You may rightly point out that this sort of thing has been going on for time immemorial, and all that's changed is a trendy TikTok personality has stuck a new term on it.

I mean, just watch this scene from The Simpsons from back in 1995.

"If you don't like your job, you don't strike, you just go in every day and do it really half-assed!"

The role of social media

"Nothing in the data would suggest there's something substantially different happening," says David D'Souza, membership director at the Chartered Institute of Personnel and Development.

But social media rubs off on people in a way that can make quiet quitting something we stop thinking about subconsciously and - somewhat ironically - actively work towards.

From dieting to money-making, hashtaggable rallying cries can completely change how we operate - if we think everyone we're following is doing it, why not try it too?

"What's new is the ability of social media to convey and make viral things that, previously, people would not have spoken up about," Mr D'Souza told Sky News.

Professor Emma Parry, from Cranfield School of Management, agrees social media has simply given a fresh face to an old problem.

"It's a good thing people can reach out for support on social media, and we know it can be positive - this is really about voice, and that’s more and more important for employees," she told Sky News.

"If this is about people working their set hours, moving away from the long-hours culture we've had historically, I'd say that’s a good thing.

"But if we mean employees becoming disengaged, not making to want an effort, then we know that can make employees less productive."

Do you need to worry about 'quiet firing'?

As Mr D'Souza points out, there is something of an irony in people speaking so loudly about something "quiet".

But as quiet quitting rises to prominence in our collective lexicon, is another rising to meet it?

If quiet quitting is about giving voice to disengaging from your work, quiet firing is the same for employers who have disengaged from staff.

With the move to hybrid working, the risk of being "quiet fired" may have become all the greater.

Take Microsoft: its latest report on work trends reveals while 87% of employees felt they were productive, 85% of bosses said hybrid working made it difficult for them to be confident of that.

"For some who've continued not having that watchful eye on them all the time, it means can do... just enough."

Some organisations are boosting surveillance as a result. Research by VMware found 57% of UK companies have already implemented or are planning measures to monitor productivity since the shift to hybrid.

Professor Parry sees a more positive role for technology, making effective use of platforms like Teams, Zoom and "internal social media" to build relationships and discuss issues that lead to disengagement.

What's certain is that quiet firing isn't a healthy answer.

"Quiet firing is normally being used if the employer would like someone to… instead of being fired, realise it’s not a good fit, and therefore resign," says former self-confessed quiet firer Rebecca Leppard.

"It normally works better for the company because they don’t get severance, there’s no dispute - it’s a clean break."

For Ms Leppard, the process of quiet firing, being relatively inexperienced aged 26, was awful. She has since been a quiet quitter, too, on one occasion to retreat from a "toxic" workplace.

Thirteen years on from her quiet firing experience, Ms Leppard sees the new lingo as an opportunity to improve practices on both sides. She now runs Upgrading Women, a "training for retaining" firm aimed at women in tech.

Whether through salary, development, or a sense that work is truly valuable, experts agree employers must find a way to get on top of these "quiet" trends.

"Trust at work, quality of management, understanding how employees are feeling, how motivated they are - if this conversation helps brings them to the fore, that can only be good for people and organisations," says Mr D'Souza.

As Ms Leppard says, "the dangerous thing about quiet quitting is you're paying someone to keep the seat warm".