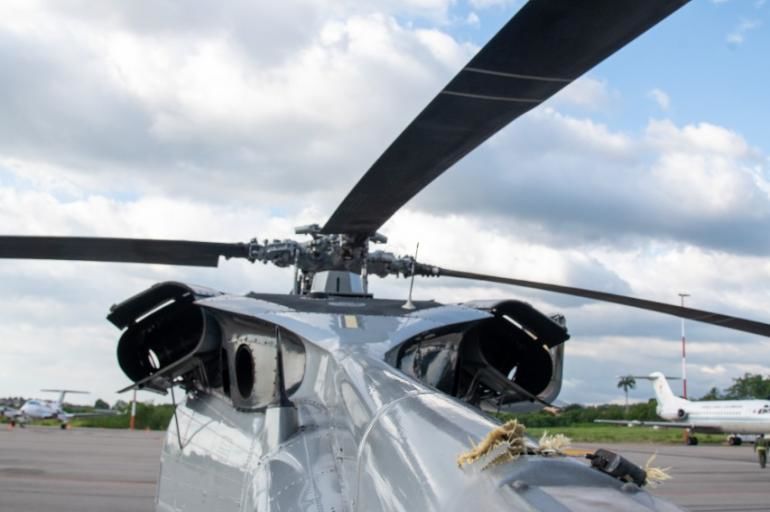 Both Colombian President Iván Duque and the other members of his entourage were unharmed.
A helicopter in which the president of Colombia, Iván Duque, and his interior and defense ministers was traveling, was shot at in the department of Norte de Santander, on the border with Venezuela, but the president and other occupants of the aircraft were unharmed, as reported this Friday by a local media.

The newspaper La Opinion, from Cúcuta, capital of Norte de Santander, said that, apparently, the presidential helicopter received three gunshot wounds when it was flying from the town of Sardinata, in the troubled region of Catatumbo, towards that city.

After the attack, President Duque made statements describing that the helicopter in which he was traveling was hit by shots when it was about to land in Cúcuta, capital of the department of Norte de Santander, which he described as a "cowardly attack."

"Both the aerial device and the capacity of the aircraft prevented something lethal from happening. The truth is that it is a cowardly attack where bullet holes are seen in the presidential aircraft," said President Iván Duque.

The president explained that the ministers of Defense, Diego Molano, and of the Interior, Daniel Palacios, as well as the governor of Norte de Santander, Silvano Serrano, were also traveling on the aircraft.

"After fulfilling a commitment in Sardinata, in the Colombian Catatumbo, and approaching to land in the city of Cúcuta, the presidential helicopter was the victim of an attack," the president stressed.

The president was in Sardinata today, where he presented progress on the "Peace with legality" program related to the implementation of the agreement signed in November 2016 with the FARC guerrillas.

In the troubled region of Catatumbo, the guerrillas of the National Liberation Army (ELN) are present; a stronghold of the Popular Liberation Army (EPL), considered by the Government as a criminal gang; dissidents from the defunct FARC guerrillas and drug trafficking groups fighting for territorial control.

"Once again we reiterate that as a government we are not going to falter for a single minute, a single day, in the fight against drug trafficking, terrorism and organized crime organizations that operate in the country. Here they do not intimidate us with violence or acts of terrorism, our State is strong, "said Duque.

For this reason, he ordered the entire "security team to go after those who shot at the aircraft and put the lives of other people at risk."

The attack was immediately rejected by politicians of different stripes, such as the mayor of Medellín, Daniel Quintero, who assured on Twitter that the people who "engineered this attack wanted to take away their lives and democracy from all Colombians."

Likewise, the left-wing senator Iván Cepeda, one of Duque's main opponents, wrote on that social network: "My absolute rejection of this attack."