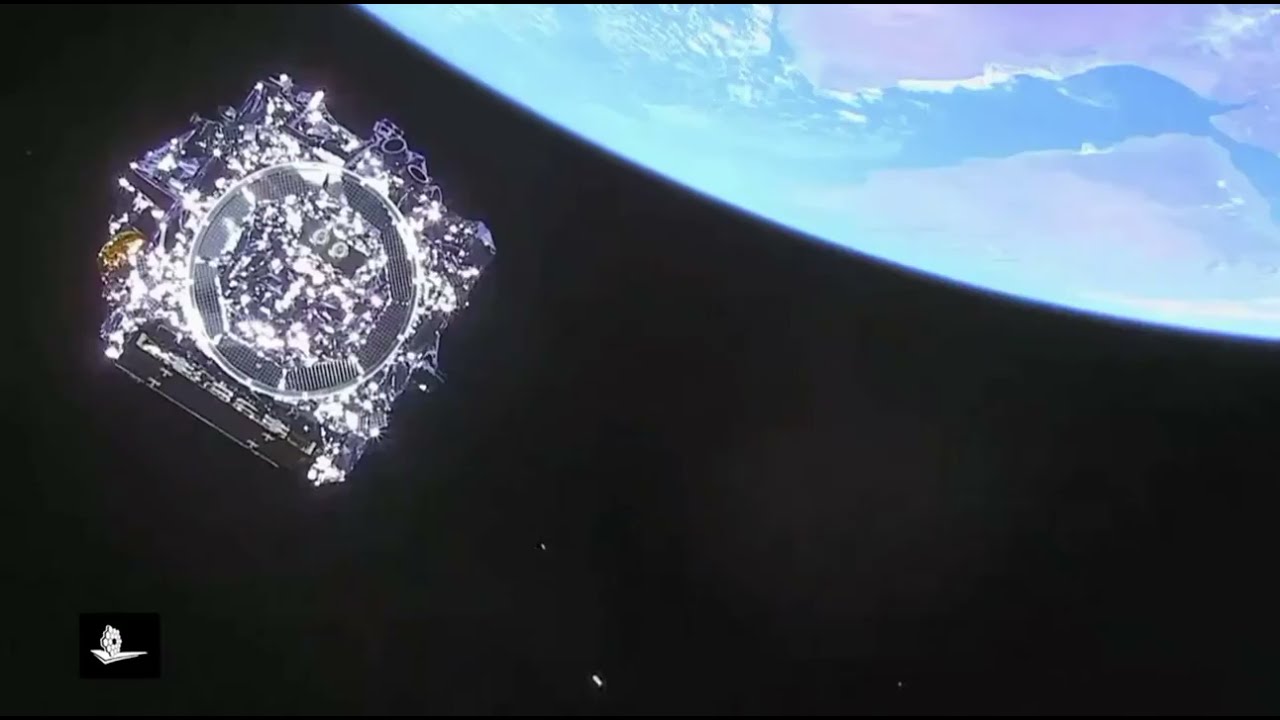 The James Webb Space Telescope is flying free of its Ariane 5 launcher after a “perfect flight” into space, NASA says

The James Webb Space Telescope, a NASA-led international collaboration that took nearly 30 years and $10 billion to get to the launch pad, finally left Earth with a Christmas morning rocket ride from a European spaceport in South America, setting off on a mission to hunt for the first light in the universe. That was just the easy part.
The $9bn observatory seeks out faint light from the first stars and galaxies, providing a glimpse into cosmic creation.

“Webb’s scientific promise is now closer than it ever has been,” said Thomas Zurbuchen, head of NASA’s science division. “We are poised on the edge of a truly exciting time of discovery, of things we’ve never before seen or imagined.”

The telescope’s launch, running more than a decade late, had NASA officials and astronomers around the world on the edge of their seats. It’s not likely they will come off the edge until the transformer telescope finishes an unprecedented sequence of deployments to prepare for scientific observations.

“The easy part is done, now the work starts,” said Massimo Stiavelli, head of the Webb mission office at the Space Telescope Science Institute in Baltimore, Maryland. The institute, located on the campus of Johns Hopkins University, is home to Webb mission control.

The three-story-tall Webb observatory was folded up like an origami to fit inside the confines of its European Ariane 5 rocket, which was selected, in part, because it has one of the largest payload volumes of any active launch vehicle.

Now that Webb is in space, the observatory will deploy and unfurl a thermal shield the size of a tennis court, swing its mirrors into place, and gradually cool down to minus 388 degrees Fahrenheit, just 40 degrees above absolute zero, a theoretical temperature limit in thermodynamics.

Then the telescope’s sensitive infrared detectors and instrument electronics have to work. Ground teams will labor to bring the telescope’s 18 primary mirror segments into focus, an effort that could take months. Around 250,000 opening and closing windows the width of a few human hairs, called microshutters, will be calibrated to cast light detector arrays onto detector arrays.

That’s just a sampling of the pioneering technology on-board Webb. If it all works, the mission will boast 100 times the observing power of the Hubble Space Telescope, the last astronomical observatory that rivaled Webb in the scale of its ambitions.

Thanks to its ability to fold up for launch, Webb’s primary mirror will span 21.3 feet (6.5 meters) across in space, making it the largest telescope ever to leave Earth. Webb’s mirror consists of 18 individual hexagonal segments, each made of beryllium and coated in gold to aid in reflectivity.

Hubble’s monolithic mirror has a diameter of about 7.9 feet (2.4 meters).