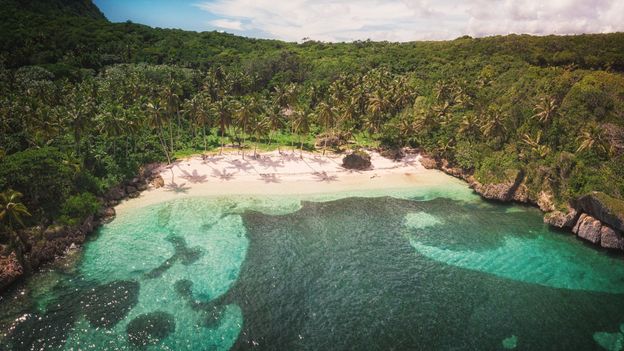 The mysterious people of the Caribbean

A rare archaeological discovery on the Dominican Republic's secluded Samaná Peninsula could unlock the mystery behind the Caribbean's little-known pre-Arawak past.

You wouldn't think of the overtrodden Dominican Republic as a cutting-edge archaeology destination. Yet hidden beneath the beach cabanas are likely clues to a pre-Columbian mystery that's been perplexing anthropologists for centuries: who actually discovered the Caribbean?

When Columbus arrived on Hispaniola in the 15th Century, he encountered the Taíno, an Arawakan-speaking people who came from the Orinoco Delta of present-day Venezuela, emigrating as early as 400 BCE. While it is often assumed that the Taíno were the "original" inhabitants of the Caribbean, particularly the Greater Antilles, other peoples had already been living there for several thousand years.

These little-known first inhabitants of Hispaniola are known as the "Archaic" peoples, characterised by their usage of stone tools (and the "Ceramic Age" Taíno by their creation of ceramics). The term generalises a diverse group of prehistoric peoples whose languages and names for themselves are unknown.

However, a recent discovery by a team of Italian and Dominican archaeologists on the Dominican Republic's secluded Samaná Peninsula, could change our understanding of who they were and where they came from.

"El Pozito" (Spanish for "little well") is a rare settlement belonging to these little-known first inhabitants of Hispaniola. It's also the Dominican Republic's biggest Archaic discovery in half a century. To the untrained eye, the site – a grassy mound surrounded by lush vegetation 2km inland from capes Cabrón and Samaná – might not seem like anything more than an idyllic spot for a picnic. But after surveying the area and finding a natural spring nearby, seasoned archaeologist Alfredo Coppa knew to dig deeper. 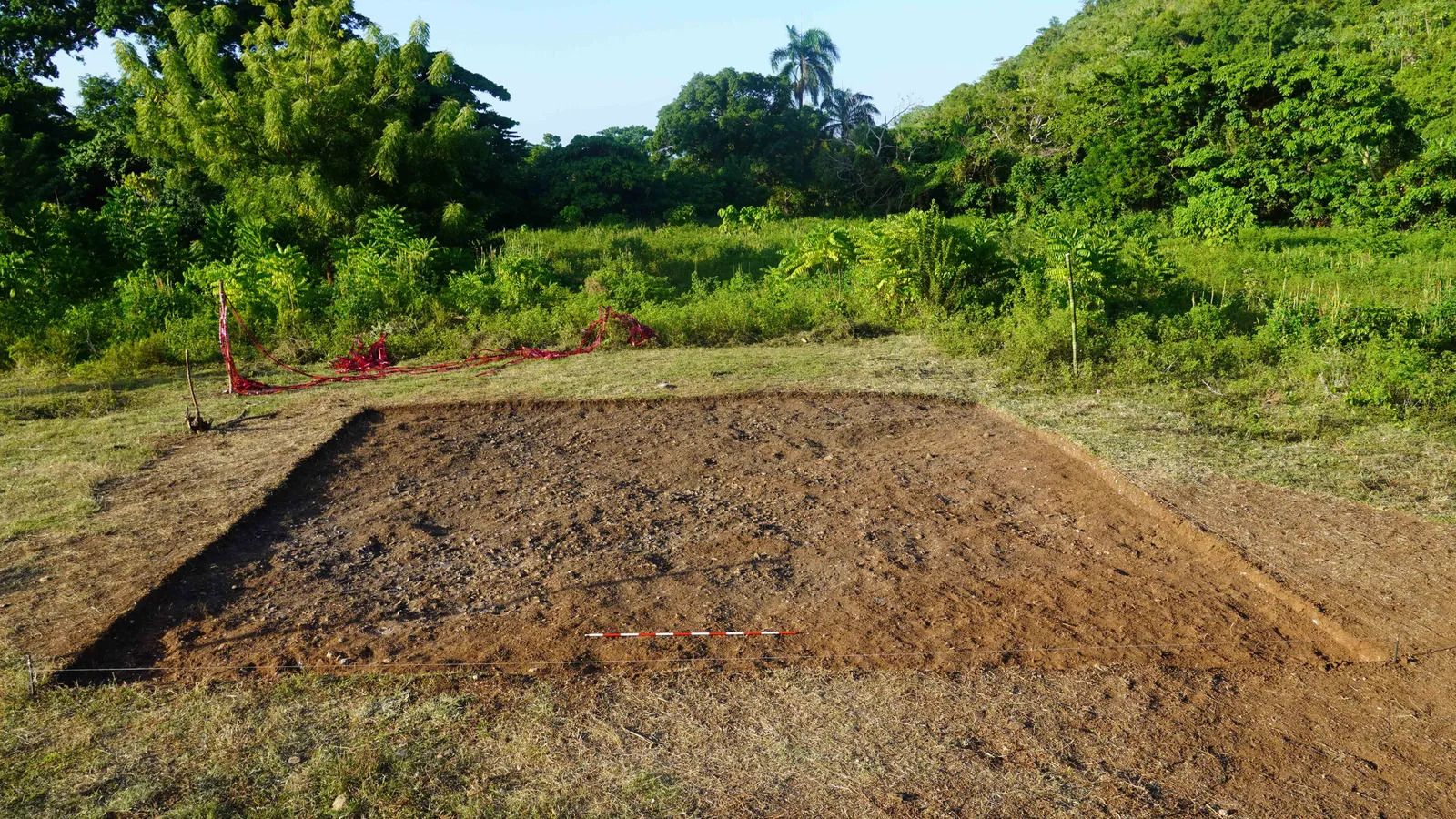 For 2.5 weeks in September 2021, Coppa's team from Sapienza University of Rome, with investigators from Santo Domingo's Museo del Hombre Dominicano, combed a 12mx12m area of virgin turf untouched by agriculture. Digging just 20cm below the surface, gently prodding the moist, coffee-coloured earth for signs of past civilisations, they found a trove of polished stone hammers, pestles and axes, conches and other tools used by the Archaic people.

The most significant finds are the mariposoid or butterfly axes, which were likely used for felling trees to make canoes and oars; and a small ceremonial well (35cm in diameter) with 12 stone pestles buried inside, barely used save some plant residue, leading the team to believe these settlers were also ritualistic – a ground-breaking revelation considering how little is known about their way of life. Few Archaic settlements have been uncovered around the Caribbean to date and this is among the most promising.

I spent 30 years looking for an Archaic site like this

While carbon dating has yet to be done on El Pozito, Coppa believes it to be around 2,000 years old (Late Archaic Age), based on the objects he's found so far, but he's hoping the settlement is much older than that. Particularly because what he's really looking to find is a necropolis – with burials spanning centuries – in order to glean genetic insights. And there's a good chance he will, because no site where humans lived has not been associated with a necropolis.

"I spent 30 years looking for an Archaic site like this," said Coppa, who has overseen excavations in other places like Oman, Eritrea, Pakistan and Libya – and, of course, across the Dominican Republic. 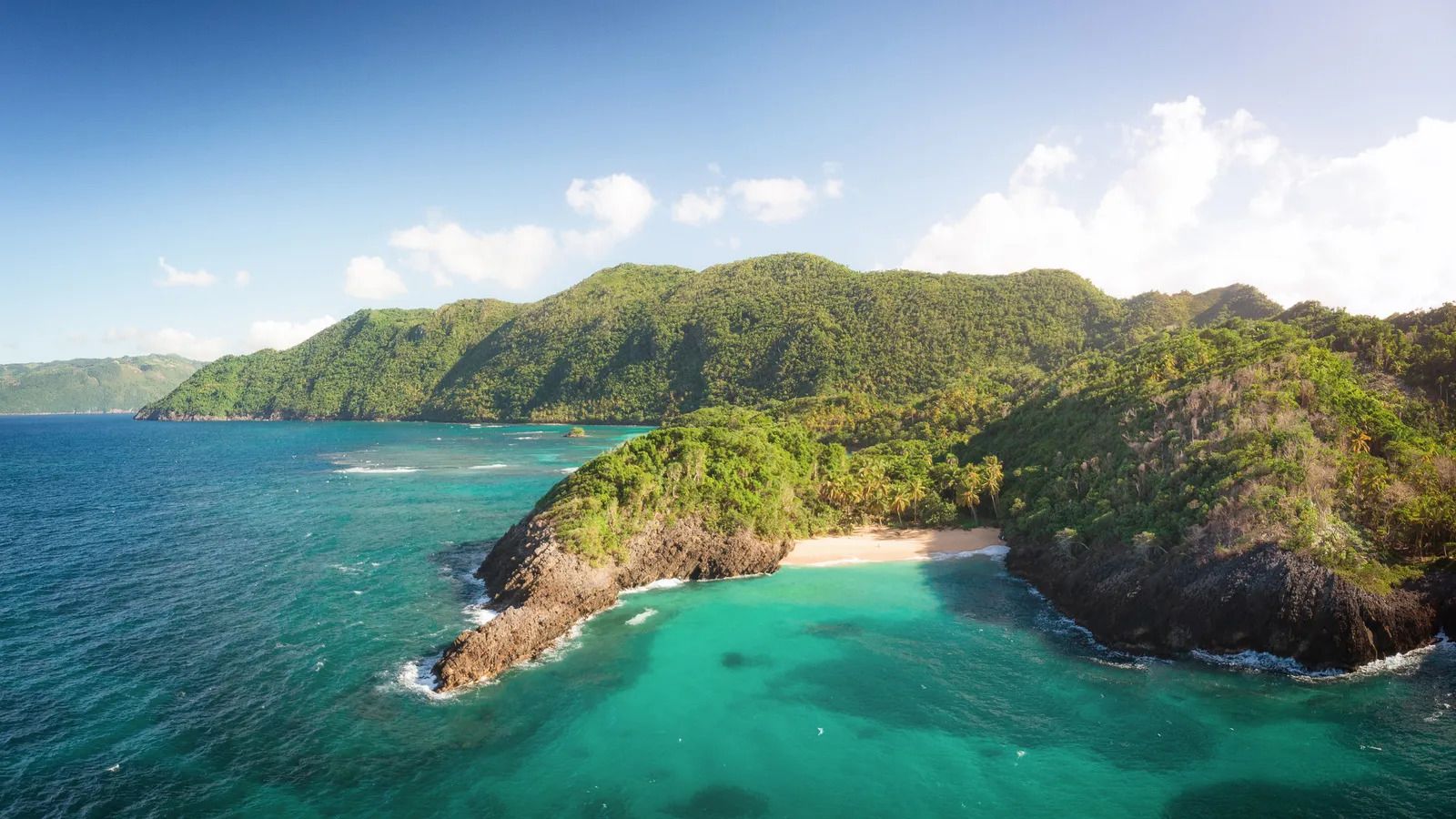 The Samaná Peninsula, which juts into the Atlantic Ocean, is believed to have been inhabited by the Archaic peoples

The first and last major Archaic discovery here happened in the 1970s in the southern part of the island. Over the years, Coppa found butterfly axes scattered around the north, but no site, which led him to believe the Archaic peoples lived down south, likely coming from Cuba, the biggest island in the Greater Antilles.

Until he found El Pozito.

El Pozito is tucked away at the end of the Samaná Peninsula, a 30-mile verdant strip of land in the country's north-east that juts into the Atlantic Ocean. An eco-tourism paradise, the land is rainforested and dramatic, formed by the Sierra de Samaná, an extension of the Cordillera Septentrional – the biggest mountain range in the Caribbean – that runs along the northern coast, providing natural shelters along several remote beaches. Coppa theorises that these Archaic people may have reached Samaná from Puerto Rico, the closest nearby island about 200 nautical miles to the east, though he says more research is needed.

But the bigger questions are: Which continent did they come from? To whom are they related? How did they interact and trade with others? And what happened to them?

According to Sapiens author Yuval Noah Harari, the first seafaring society may have developed on the Indonesia archipelago 45,000 years ago. It would take another 39,000 years or so for homo sapiens to discover the Caribbean – the last region of the Americas to be settled by humans, and the first to be colonised by Europeans.

While 6,000 years ago is relatively recent for archaeologists, evidence is scarce because almost nothing organic survives the tropics. The humid climate, volcanic soil and rising sea levels – not to mention agriculture, development, looting and indifference – breaks down and swallows up bones, settlements and objects, posing a challenge to Caribbean archaeology. But that's precisely what makes the field – and this discovery – exciting. 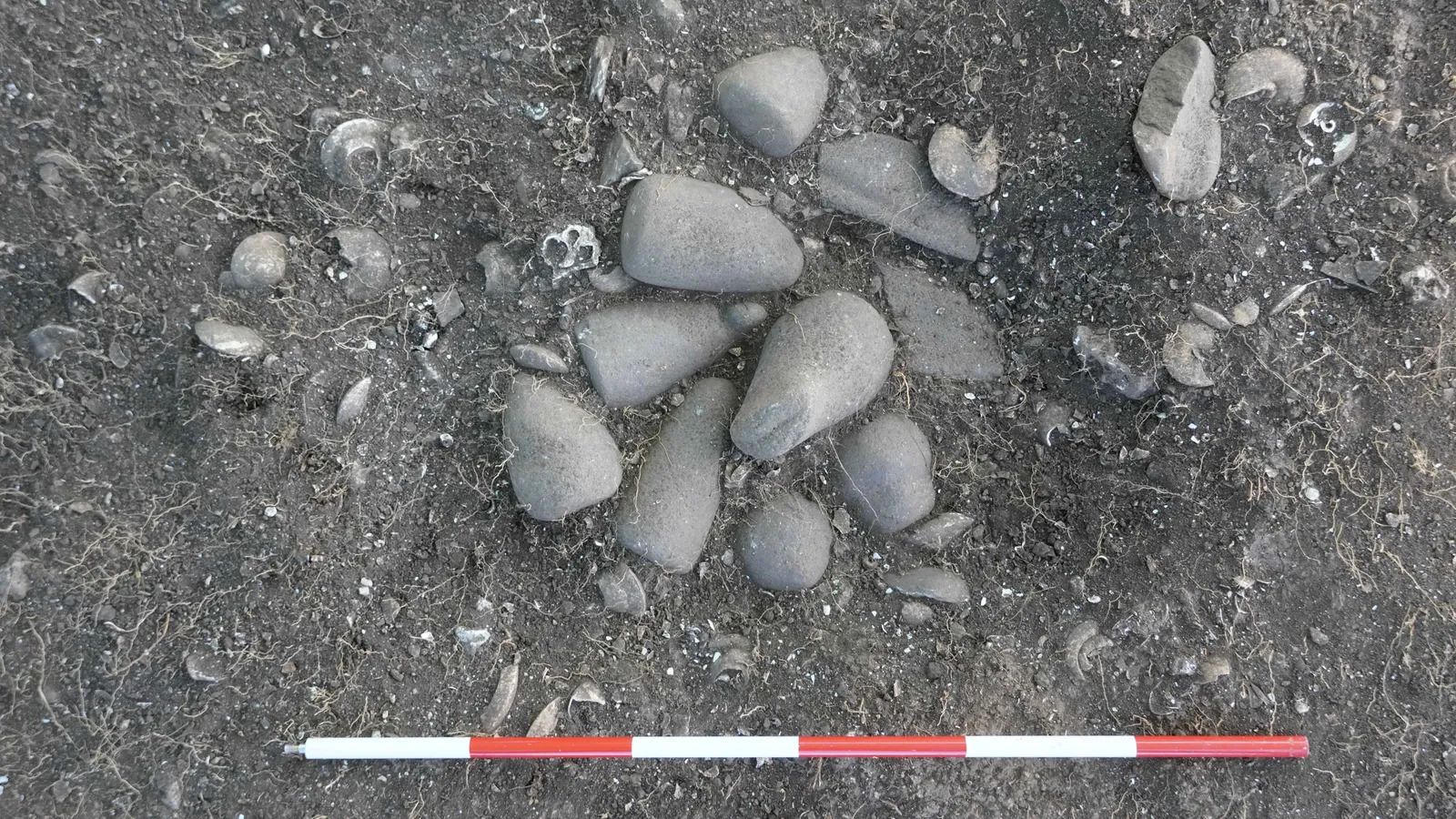 "They're the actual discoverers of the Caribbean but they've received the least attention from archaeologists," said Dr Reniel Rodríguez-Ramos, professor of archaeology at University of Puerto Rico in Utuado. Rodríguez-Ramos has written about how European travelogues at the time of Columbus misguided archaeologists, who long considered them as nomadic "fisher-hunter-gatherers" who lived in caves by the coast.

For centuries, texts by Spanish and Italian travellers, such as Bartolomé de las Casas, a missionary from Seville who became a Dominican friar, were the only "evidence" archaeologists had about these non-Taíno peoples, often described in unsophisticated terms.

But recent discoveries across the Caribbean – from the cultic implications of the 12 pestles found at El Pozito, to finding shelters and weights likely used to hold down fish nets in Puerto Rico – show that these first settlers were more skilled than archaeologists historically thought. They practiced agriculture and basket weaving, and were more sedentary than survivalist.

In addition, the Caribbean archipelago is not visible from land (apart from the island of Trinidad, which can be seen from Venezuela), nor was it ever part of any continent. This means these first settlers took a chance when they ventured into the Caribbean Sea, which was unusual to do back then, say archaeologists.

"These people had to be explorers," said Rodríguez-Ramos in answer to why they would be so daring. "There was no big population pressure back then. No need to jump into a canoe and risk their lives to come here. That's what navigators do. These are sea people. They're just like climbers. They do things because it's part of their idiosyncrasies." 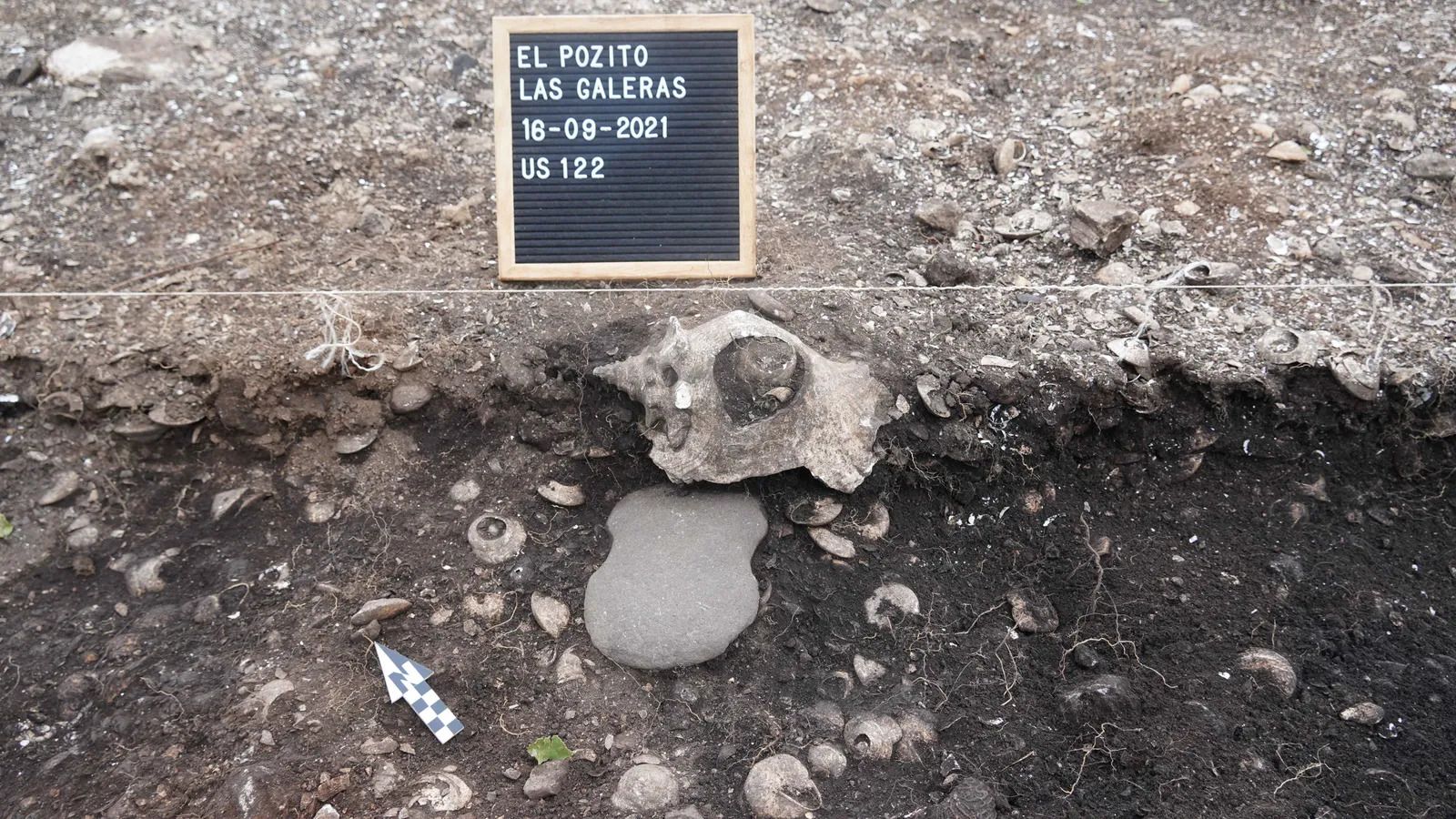 He theorises they came from across the Americas, and that the islands were a centre for trade and cultural exchange; a maritime Silk Road.

Furthermore, while it was long assumed that the Archaic people were either ancestors to or mixed with the Taíno, DNA analysis now tells us that the first settlers were genetically distinct, despite evidence that the two groups coexisted for centuries.

This surprised experts. "When two groups meet you usually find mixture. It's almost entirely absent from the Caribbean and we are wondering why that is," said Dr Kathrin Nägele, a Caribbean-specialised archaeogeneticist from the Max Planck Institute, who pioneered a study on ancient Caribbean genomics published in Science in 2020.

This absence, however, could be for lack of samples.

The study was the first time ancient Caribbean human genomes were successfully sequenced, thanks to a breakthrough in DNA retrieval. (This led to subsequent studies by Harvard University and other, smaller labs.) While hundreds of Taíno skeletons have been analysed so far, only 55 Archaic Age genomes have been sequenced: 52 from Cuba and three from the Dominican Republic.

Which is why Coppa is hoping to find a necropolis at El Pozito, where he may be able to source the inch-long bone they're searching for – the skull's petrous bone, which protects the inner ear – that is the best source of preserved DNA. It may explain who the Archaic peoples were related to and what happened to them; if they mixed with Ceramic Age groups, Europeans, died out or disappeared. 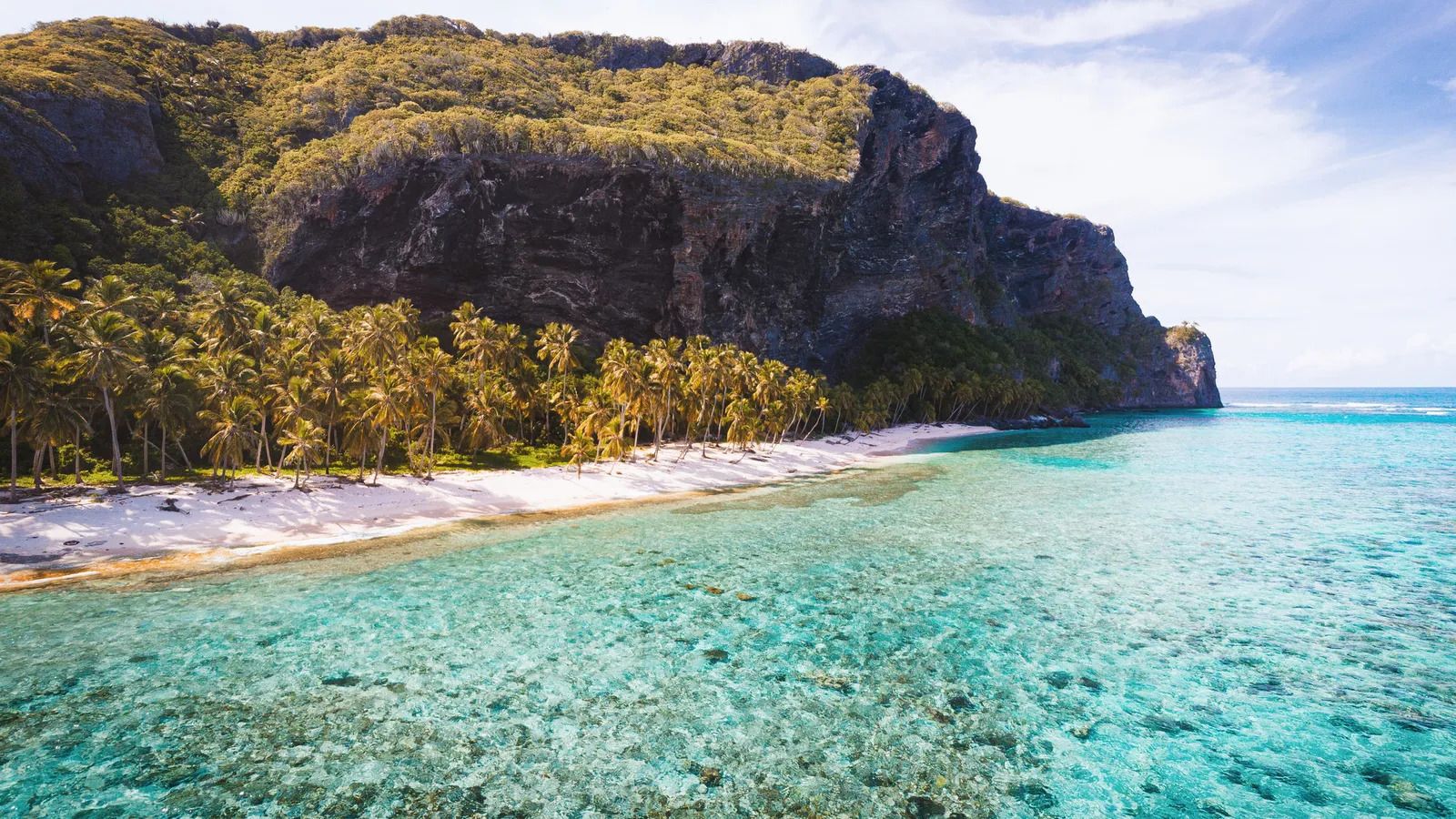 Accessible only by foot, boat or horse, Playa Frontón is home to accessible pre-Columbian sites

"Every new genome we study has the potential to change what we thought we knew," said Dr Kendra Sirak, research fellow at Harvard Medical School, who works with Coppa on sequencing ancient genomes.

For travellers interested in digging deeper, the place to start is the Museo del Hombre Dominicano in Santo Domingo, when it reopens. The impressive four-storey brutalist anthropological museum has been undergoing renovations since 2017, though Glenis Tavarez, a forensic archaeologist who has been with the museum for 38 years, hopes it will reopen for its 50th anniversary in 2023. When it does, it will feature artefacts from El Pozito.

For now, it's best to head to Samaná. While the site is not yet open to the public (the dig is due to continue in July and interested travellers are welcome to inquire about joining), nearby on Cape Samaná, about a two-hour trek from the quiet fishing village of Las Galeras through jungle, is a towering 90m-high limestone cliff that runs 3.5km along a beach called Playa Frontón. The cocooned white-sand beach, along with its neighbour Playa Madama, is accessible only by foot, boat or horse. Coppa suggests these beaches as good places for interested travellers to explore, as both are filled with accessible pre-Columbian sites, including caves and petroglyphs, which he surveyed before finding El Pozito.

While seeking shade under the sea-worn rockface or inside a cave, you might watch snorkelers or kayakers paddling the glistening turquoise waters – and be reminded of the intrepid people who came here first.