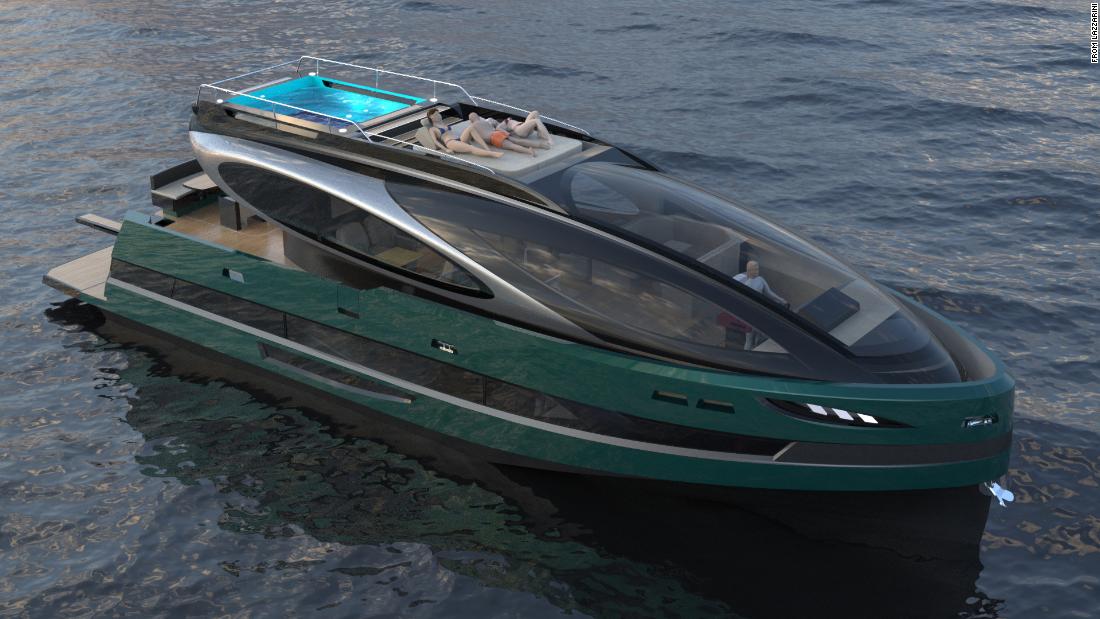 The private jet-inspired yacht concept that looks like a spaceship

With more yachts being added to the global fleet than ever before, coming up with a concept that turns heads is no easy feat.

However, the team at Lazzarini Design Studio have been doing their best to rise to challenge. Just months after unveiling a superyacht concept that can fly and sail, the Rome-based design company has released a new design for a futuristic vessel that wouldn't look out of place in a "Star Trek" movie.

With a length of just 20 meters (65 feet), Royal Alpha One is much smaller than the unorthodox superyacht designs Lazzarini is known for, but it's no less eye-catching or innovative. 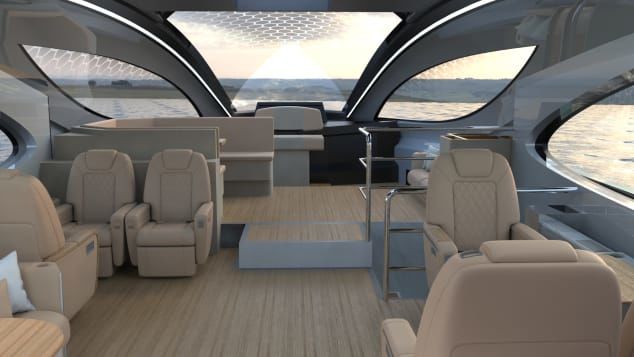 A rendering of the interior for Lazzarini Design Studio's latest yacht concept Royal Alpha One.

The designers were aiming to create a compact vessel with the feel of a superyacht, and if newly released renderings are anything to go by, they've managed to achieve just that.

Inspired by Lazzarini's Royal Jet Capsule, a 7.6-meter-long and 3.3-meter-wide yacht pod, the vessel has a black, gray and green exterior and features photochromic glass surfaces.

Comprising three decks, Royal Alpha One has a layout similar to that of a private jet, with spacious lounge areas filled with luxurious chairs.

With room for up to 20 passengers, it holds three en suite cabins, a garage filled with water toys, a huge dining room, but its stand out feature is undoubtedly its panoramic rooftop hot tub, which has a retractable bottom. 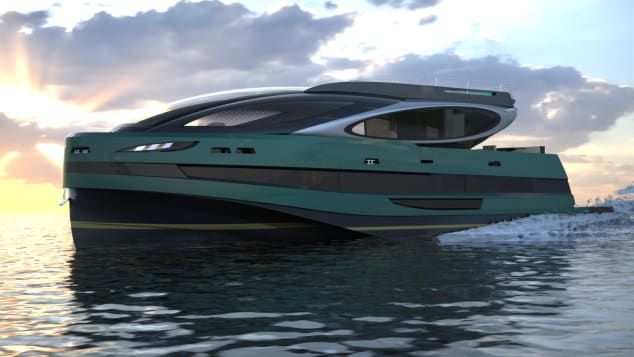 Royal Alpha One, seen in a rendering, is to have a "superyacht feel," despite being just 20 meters long.

While the design team has a twin or triple Volvo Penta IPS propulsion system in mind for Royal Alpha One, with maximum speeds of between 32 and 42 knots, a hydrogen-powered propulsion is also possible.

The project currently has a price tag of over €3.5 million (around $3 million) and a model of the hull is already complete.

Lazzarini estimate that it will take around 15 to 16 months to construct, which means we could see Royal Alpha One become a reality by the end of 2023 if a buyer is found. 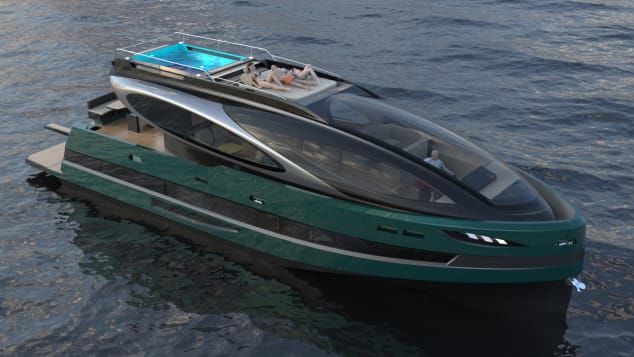 A computer-generated image of the futuristic vessel, which will cost around $3 million to bring to life, according to its designers.

While the project hasn't been picked up as yet, Lazzarini are hopeful that they'll find a client and the design into production in the near future.

Royal Alpha One is one of a number of exciting new yacht concepts revealed in the last few months.