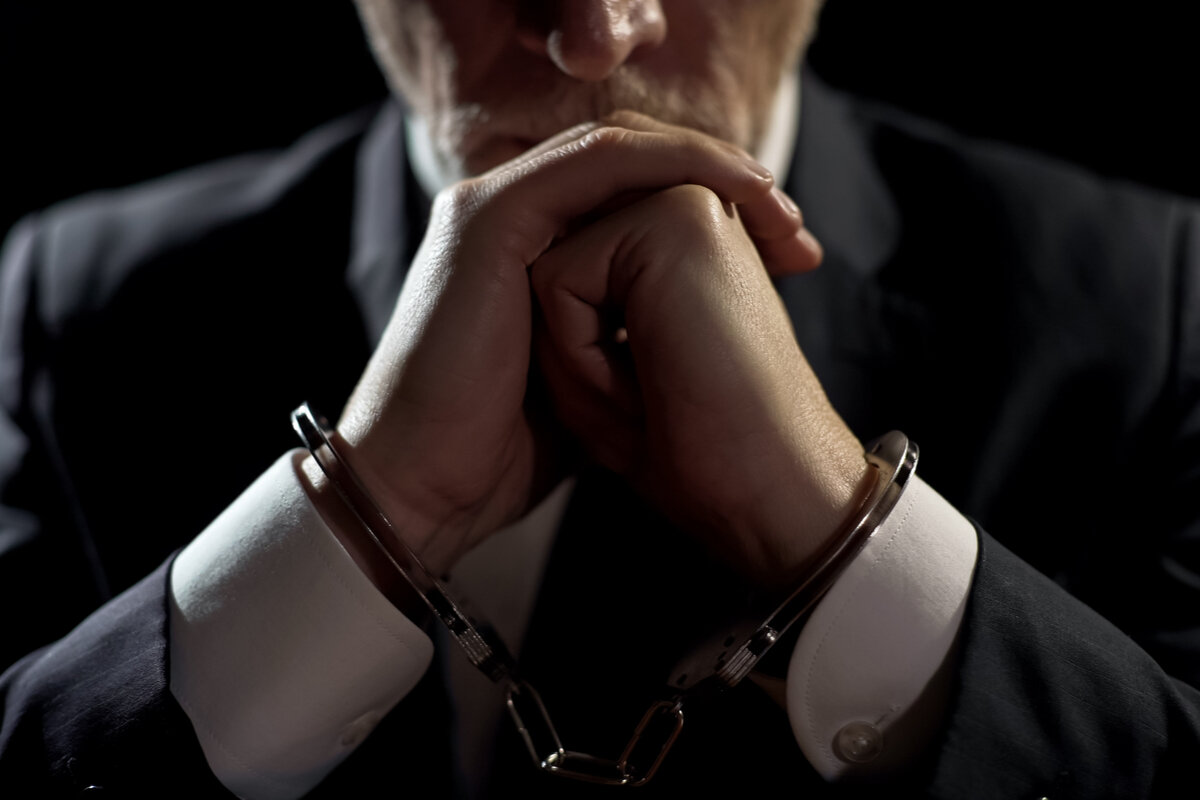 The rise and fall of the Oligarch-maker

He had glittering success – a long career managing one of the world’s biggest trust companies and making millions from Russia’s oligarchs. Even as his clients mysteriously died, one by one, he managed to stay in the shadows and remain ahead of the game.

Until undercover reporters from Al Jazeera’s I-Unit caught him on secret camera agreeing to sell an English football club to a convicted Chinese criminal, in breach of football regulations

Who was this man? And how deep did his business connections go?

A helicopter falls from the sky

At 7:41pm on a spring evening in 2004, an Augusta 109E helicopter cratered into a field in rural Dorset, southern England, two tonnes of steel, wiring and fuel exploding into a fireball.

Nick Kenchington started at the roar of rotor blades above his cottage, fearing the helicopter would “take the roof off”.

“The helicopter flew very low and drowned out the TV,” he later said. His wife got up and opened the curtains. “Then, I saw a white flash in the sky,” Kenchington said. “A second later, we heard a bang. You could see flames all over the meadow below.”

The pilot and his single passenger – lawyer Stephen Curtis – had died in the flames after the helicopter nose-dived into the field, according to air accident investigators.

Curtis had faced threats in the weeks before the crash. Private investigators told him his telephones were tapped. His bodyguards found a bug at his house, according to reports. A message was left on his phone: “Curtis, where are you? We are here. We are behind you. We follow you.”

He was an obscure English lawyer with a remarkable job, running Menatep, a company that controlled Russia’s biggest oil company, Yukos.

Yukos was in conflict with the Russian government, allegedly over unpaid taxes. But it was more than that: it was about the political threat posed by Yukos’ chief, oligarch Mikhail Khodorkovsky, to spymaster-turned-President Vladimir Putin. Powerful adversaries locked in a battle of wills.

In a twist that would emerge in the weeks after his death, Curtis had approached the National Criminal Intelligence Service (NCIS) – the British police-intelligence liaison agency – and offered to serve as an informant. Days before his fatal flight from a London heliport, he had met an agency handler. The morning after his death, Swiss police raided Yukos-related entities in the country; $5bn in assets was frozen.

“The timing could not have been worse for the company,” lawyer for Yukos shareholders Robert Amsterdam told Channel 4 News in 2004.

Curtis understood Yukos’ elaborate offshore structures and was said to keep a lot of the information in his head as Yukos tried to stay one step ahead of the Russian government.

Who would run the beleaguered Yukos oil empire? Khodorkovsky had been arrested at gunpoint and thrown in jail a few months earlier, and now Curtis had just fallen out of the sky. In the vacuum, one man stepped out of the shadows and offered to fill Curtis’ shoes.

It was an ambitious – and risky – undertaking in the fraught and suspicious atmosphere at that time. But the dapper Englishman volunteered his services.

Outside the world of finance, few had ever heard the name, Christopher Samuelson. He has been described as a “company administrator”, “fiduciary”, “trust manager”, as well as “money manager”, “businessman”, and “financier”.

But to really understand what Samuelson was good at, you need to add the word “offshore” to those titles. Offshore is shorthand for secretive tax havens where billions of dollars – legitimate or otherwise – are stashed in banks, away from the prying eyes of taxmen, creditors and spouses.

“He’s a very pleasant, charming man, there’s no doubt about it. He’s good-looking, and he’s got a very easy grace to him… one of those guys who gets on with everybody,” said a source, who used to do work for Samuelson. “He hobnobs with some of the wealthiest people on the planet, and some of them are not particularly nice.”

From his bases in Bermuda, Geneva, and Gibraltar, Samuelson ran Valmet, one of the biggest offshore trust companies in the world and starting in the late 1980s, he nurtured a newly discovered rich seam of wealth: the former Soviet Union.

His links to the world’s richest would soon include “Godfather of the Kremlin” Boris Berezovsky; Berezovsky’s partner, the white-moustachioed Georgian oligarch Arkady Patarkatsishvili (known as “Badri”); oil tycoon Mikhail Khodorkovsky; banker Vitaly Malkin, one of the top oligarchs of the Yeltsin era; Chelsea owner Roman Abramovich; and Boris Zingarevich, the pulp and paper billionaire.

“He has access to the most incredible people: very wealthy, powerful people,” said the former associate.

Samuelson and Valmet, later known as Mutual Trust Management (MTM), set up and managed offshore trusts, companies and bank accounts for oligarchs and their businesses. Critics said the money was siphoned out of Russia, that it was capital flight that cost the Russian treasury billions and leeched from the state. Valmet would say the arrangements were above-board.

In meetings between Samuelson and undercover reporters from Al Jazeera’s I-Unit looking to “buy” a football club for their fictitious Chinese boss, the money manager was expansive about his business dealings with Russia.

In the covert recordings in plush hotels across London, the always impeccably dressed Samuelson spoke not only about football and the “sale” being discussed, but also about his decades-long relationships in Russia.

He spoke of travelling to Moscow more than 500 times, of how he even knows Vladimir Putin. How well he knows him, he did not explain, but Samuelson’s emails, seen by the I-Unit and disclosed during litigation, appear to show he was able to get meetings in the hard-to-access sanctuary inside the Kremlin.

Yet his involvement with Russia attracted the attention of investigators, who suspected him of leading a group involved in money laundering and corrupt practices, spawning investigations across Europe.

As Stephen Curtis’ helicopter plunged through cloud and drizzle into Dorset’s lush pastureland, Christopher Samuelson was island-hopping across the Caribbean’s tax shelters, on business in Antigua and the British Virgin Islands. He had spoken with Curtis just two days before, one of many conversations during the preceding months.

With the crisis precipitated by his friend’s death, the action was now miles away, back in London. Samuelson – described by the former associate as an “obsessive” workaholic who would chase even “whacky” opportunities – was soon in town, with a plan.

Khodorkovsky’s personal lawyer, Anton Drel, had stepped in to manage the emergency, so Samuelson typed out a letter understood to have been delivered through trusted intermediaries, by hand, to Mr Drel.

In his “letter to Anton”, the money manager made a pitch to replace Curtis as head of Menatep.

“Stephen was a close friend. Stephen’s tragic death has dealt an additional blow to our mutual client’s business and leaves a large vacuum,” Samuelson wrote to Drel.

“It has been suggested to me … that I would be an ideal choice to at least partly play Stephen’s role. I am ready to help in this matter,” he continued. “I am probably the nearest thing to Stephen and in fact, he and I often discussed strategy etc.”

Among his proposals, Samuelson said he could call on people in Houston, Texas, with influence in the White House, then occupied by US President George W Bush, to help Yukos. He also mentioned his links – through a prominent Gibraltar lawyer he had known for a long time – who could reach out to Ariel Sharon, the Israeli prime minister at the time, for help.

Samuelson went on to tell Drel that the previous autumn he had “discovered the location of the liquid assets of the holding company” during a meeting with the Menatep team in London and “insisted very loudly that it was imperative to move these at once” because of the threat of an imminent freezing order by the Russians.

In playing the game of cat and mouse between Yukos and Russian investigators, Samuelson told the Russian lawyer he had “inside sources in many corners” and was “monitoring actions and requests emanating from Moscow closely every day”.

“I am the master at where to put liquid assets securely (and how to structure such things),” he said.

Drel’s short visit to London the month after Curtis’ death was a whirlwind of meetings with lawyers, company officials and lobbyists. Yet according to documents seen by the I-Unit, Drel still found time to schedule a meeting with Samuelson on April 28. What became of Samuelson’s offer to step up amidst the chaos is not known, nor of his plans to solve some of Yukos’ challenges.

Samuelson later claimed to undercover reporters from the I-Unit that he had warned Khodorkovsky about the risk of arrest he faced over his fight with Putin.

“I told him it was going to happen; he didn’t want to listen. They [the Russians] didn’t want to arrest him. They wanted him to leave, but he decided to stay. So, they arrested him, and they convicted him of something he never did. They said it was tax evasion. Bulls**t, he was the one person who had paid his taxes.”

So how did Samuelson know so much? How did he come to sit at the top table of oligarchs and power? To hear him tell his story in the I-Unit’s recorded interviews is to hear something of a maestro at work.

“He is a man in the shadows,” said the former business associate. “He keeps a low profile, which is one reason why he’s so successful. He plays shell games with companies, labyrinthine, complicated offshore companies… And you can never actually find out who the directors are. And that’s the whole point. Because the root of the money is what he’s protecting.”