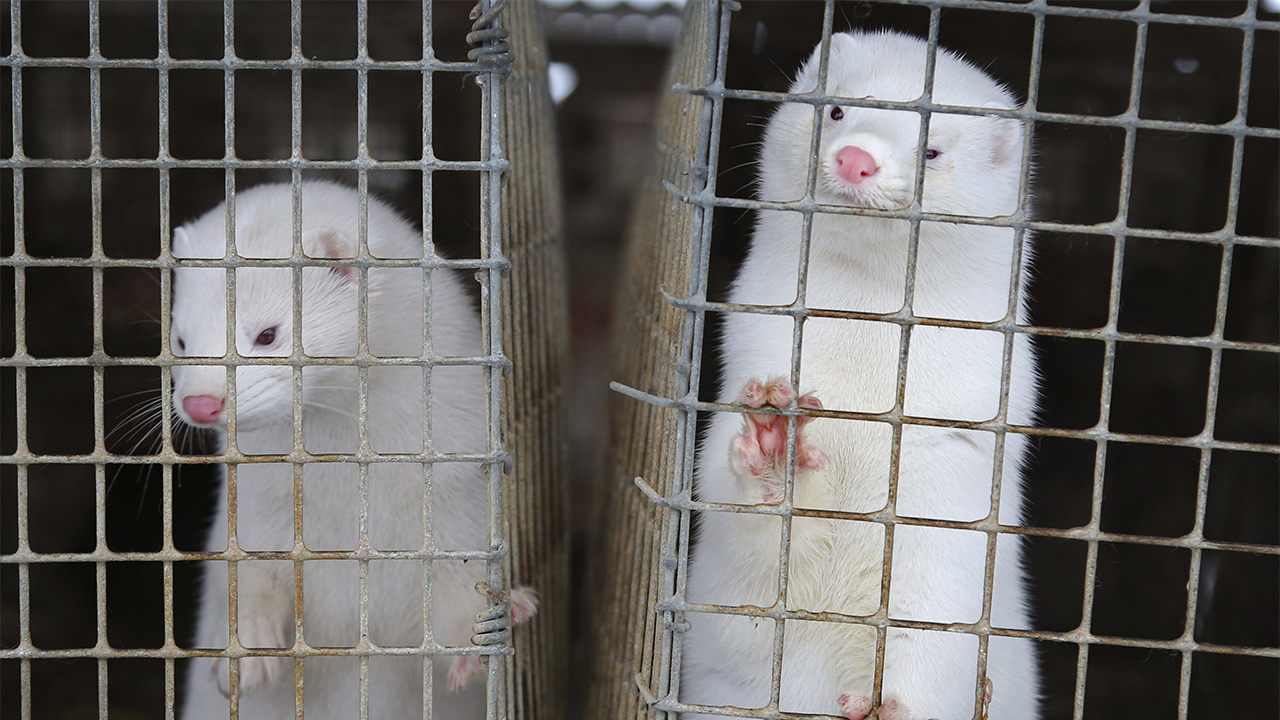 The search for animals that could carry the next deadly virus

What animal is most likely to host the next deadly coronavirus?

With the Covid-19 pandemic fueling a sense of urgency, researchers are finding new ways to predict the answer to that question.

“We are thinking about the next one,” says Maya Wardeh of the University of Liverpool, one of the authors of a paper in the journal Nature Communications that found there are far more mammals that can be infected with multiple coronaviruses than previously known.

A number of countries around the world are involved in or fund programs to test wild animals that have been linked to past outbreaks or are considered high risk, such as bats and rodents. Samples are collected and sequenced to identify novel viruses including those with the potential to infect humans. There are also efforts under way, including one at Ohio State University, to test domestic, wild, zoo and livestock animals to see whether they can get SARS-CoV-2, the pathogen that causes Covid-19 infections.

The Covid-19 pandemic has sparked additional strategies to better quantify risks, make more precise predictions and then home in on which animals require closer surveillance.

“You can’t look everywhere for something dangerous all the time. That’s not sustainable, and it’s expensive and hard work, especially if you don’t know what you are looking for,” says Barbara A. Han, a disease ecologist at Cary Institute of Ecosystem Studies in Millbrook, N.Y., who is applying existing prediction algorithms to novel combinations of ecological and other data to better predict animals’ SARS-CoV-2 disease risk. Her and her colleagues’ research combines data on animals’ ACE2 receptors, which the virus uses to infect human cells, with information about the animals’ habitats, diets, metabolism and biology, to predict which specific animals and species are likely to be infected with SARS-CoV-2 and to transmit it to others.

“We wanted to make predictions that were more precise and can be tested in the field,” says Dr. Han.

The majority of human infectious diseases come from animals and then “spill over” into humans. Viral outbreaks such as Ebola virus disease, Middle Eastern respiratory syndrome and severe acute respiratory syndrome have been tied to human interactions with palm civets, dromedary camels, nonhuman primates and rodents. Many scientists believe that SARS-CoV-2 likely originated in animals, but it is still a question under debate.

Scientists are concerned not only about animals that might have caused the initial spillover into humans, but also the potential for humans to transmit the coronavirus to animals. In such instances, the disease could remain in the animal population, continuing to infect animals and potentially infect humans again. There are already reported cases involving mink in the U.S. and Europe that initially caught Covid-19 from humans and then transmitted the virus back to people again. Viruses often make genetic changes as they spread between hosts. If the animals eventually transmit a more lethal variant of the virus back to people, it could undermine efforts to control the pandemic through vaccination, Dr. Han says.

According to the Centers for Disease Control and Prevention, a small number of pet dogs and cats have been reported to be infected with SARS-CoV-2 around the world, including in the U.S. Studies are under way examining which animals may spread the disease to humans. The data so far show that dogs can get infected but don’t appear to spread the virus to other animals of the same species as easily as cats or ferrets do, at least in the lab.

Vanessa Hale of Ohio State University, which launched eScout, a surveillance program for Covid-19, is testing for SARS-CoV-2 in animals and the environment. Surveillance teams are targeting cats at animal shelters and veterinary offices, pigs at agricultural fairs, and animals caught by trappers and hunters, among others. So far, in Ohio, all the animals tested since May 2020, including ferrets, horses and goats, are negative. “We don’t want people to be scared of cats and dogs in their homes,” Dr. Hale says. “At this point, animals are not playing a significant role in human infections.”

For some scientists, the most urgent threat to public health is the potential for recombination of SARS-CoV-2 with another coronavirus in an animal, a process that can occur when two viruses infect the same animal, the viruses swap genetic material and then create a new disease, says Dr. Marcus Blagrove of the University of Liverpool, one of the authors of the Nature Communications paper that tried to predict where new coronaviruses might arise.

The new study identified more mammals than are currently known that can be potential sources for generating new coronaviruses. Some involve familiar names believed to be sources or intermediaries in previous coronavirus outbreaks, such as horseshoe bats, palm civets, dromedary camels and pangolins. But there were also novel suspects that popped up through the team’s analysis, including the African green monkey and the lesser Asiatic yellow bat. Other animals on the watch list include the common hedgehog, the European rabbit and domestic cats, the study found.

Making predictions about future outbreaks isn’t easy. For one thing, pandemics are likely to happen more frequently, researchers say, driven by human behavior that is difficult to change. Farms and markets contain domestic and wild animals that live in proximity and increase the potential for diseases to jump between animals and into people. People continue to encroach on wildlife habitats through deforestation and the construction of roads and cities.

“We are putting ourselves into greater contact with animals and their microbes,” says Dr. Scott L. Nuismer, a professor in the department of biological sciences at the University of Idaho.

“There are so many different ways a virus can spill over into people, and it’s hard to take them all into account,” says Simon Anthony, a virologist at the University of California, Davis.

Dr. Anthony says developing mathematical and statistical ways to discern patterns and make better predictions is useful. But the process of spillover is complex, not fully understood, and likely to involve random events that, by definition, can’t be predicted. “We need all the help we can get in making decisions. But a lot of chance goes into virus outbreaks,” he says.

In trying to create a better algorithm to predict animals likely to host SARS-CoV-2, researchers often encounter challenges. Databases contain far more information about animals that people have been studying for decades because of longstanding research by scientists, or because the animals constitute an important industry such as poultry.

For instance, bats are known as important sources of coronaviruses, but data sets containing genetic sequences of those viruses aren’t comprehensive, especially compared with avian-influenza databases, says Maciej Boni, an evolutionary biologist and associate professor at Pennsylvania State University. Before Covid-19, there was no economic incentive for bat studies, he says, whereas the poultry industry is a multibillion-dollar business. What’s more, many bats favor congregating in dark and remote locations that aren’t always easy to get to. “Bat populations die and no one hears about it,” says Dr. Boni. “Bats are a lot harder to sample than chickens.”

The Cary Institute’s Dr. Han says that when building their prediction algorithm, the research team sought out genetic-sequence data of ACE2 receptors in animals. But no single database contained all the information scientists need to know. In the case of Dr. Han’s study, genetic-sequence data about some animals’ ACE2 receptors was incomplete, with information for only 142 mammals out of about 6,000. Some of the most robust data involved ray-finned fishes, which weren’t considered core to predicting future coronavirus pandemics, given what is known about SARS-CoV-2 transmission.

So, they also scraped information from other databases about animals’ habitats, diets, metabolism and biology, which they then combined with sequence and molecular data to give insights into which animals have the ability to get infected with SARS-CoV-2 and transmit it to others.

Some animals turned out to be highly likely to transmit SARS-CoV-2, but unlikely to encounter humans on a regular basis—like the scimitar-horned oryx or the addax, says Dr. Han. Those animals went lower down on the list of animals that need closer surveillance. Higher on the list were deer mice and white-footed mice, which often harbor pathogens and thrive living among humans. It turns out that when it comes to making predictions about the animals most likely to be involved in future pandemics, Dr. Han says, “contact with humans is the most important element.”