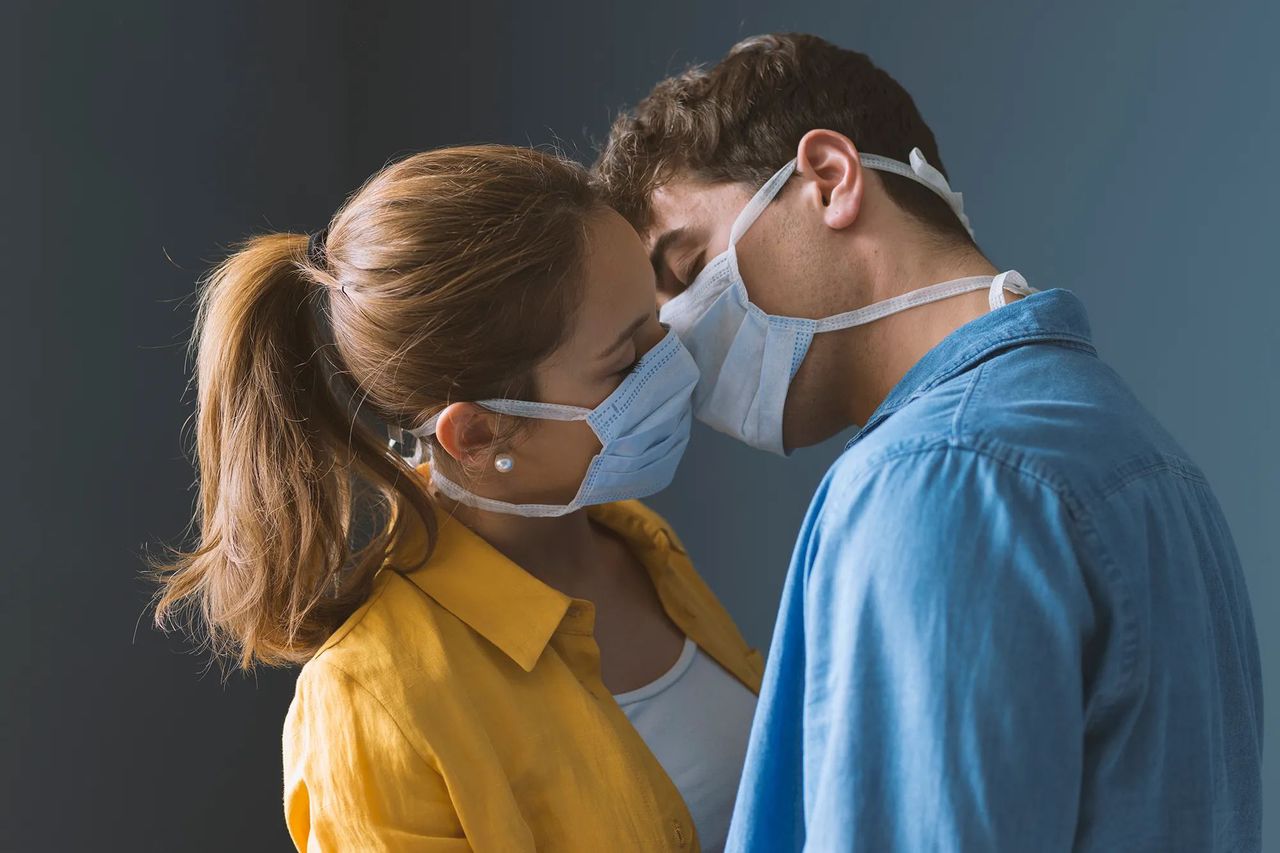 The time has come to get on with our lives

If anyone had any doubts about the wisdom of tempting fate then they probably haven’t considered the case of Betty White and People magazine.
White died a few days shy of her 100th birthday, just as People magazine hit the newsstands. It sits there still, the worst example of a cover tempting fate since November 2016, when Newsweek brought out an issue with Hillary Clinton on the front under the headline ‘Madam President’.

All of which is simply to say that I am fully aware of how careful we should be. Yet here I go. I think that the coronavirus is over. Or at least it will become clear in the next few weeks that it is over. That is not to say that no one will get Covid, or any of its variants, or that insane rules will not continue to be applied, largely by Celts in this country. But it is to say that it will be harder and harder to apply any such rules, let alone enforce them, and that as the first weeks of 2022 roll on people will increasingly realise that we are done with all this.

The reasons are obvious. Firstly, the current fixation with lockdowns and similar restrictions is unsustainable. Children cannot continue to be kept away from school. Workers cannot permanently be kept away from their offices. Entertainment of all kinds cannot keep stop-starting. Life, in all of its forms, must simply be allowed to go on.

A second reason is that of course it is by now abundantly clear that the Omicron variant is the easiest variant to date, both to catch and to recover from. Almost every-body seems to have had it, and for most of us it was no worse than a bit of a sniffle. This couldn’t be said of all the earlier variants, but it can be said with some certainty about this one. Some of us had a runny nose. Others had a sore throat. But few of us saw the tunnel, the lights, or our lives flashing before us. If ever there were a variant to live with, it is this one.

Yet still some people want to resist this, continuing among other things to wilfully mix up ‘cases’, ‘hospitalisations’ and ‘deaths’. The journalists at the Downing Street press conferences will probably continue to call for more stringent measures for the rest of the year, and the various authorities in our country will continue to invent new ways to look ridiculous.

For example, as I write the idiotic Labour government in the stupidly devolved Wales is still advising the Welsh people not to go into the office — or risk being fined. As though they needed much encouragement that way. Yet while office work is discouraged the Welsh are allowed to go to the pub, meaning that the only place outside of the home that the Welsh are being encouraged to work from is the pub. Another encouragement they did not need.

It is worse in Scotland. Some readers will have seen the pathetic spectacle of policemen and women raiding Hogmanay celebrations and trying to confiscate the locals’ drinks. The masked, visibility-jacket-wearing representatives of the committee on public safety were caught on video actually marching half-pissed Scotsmen in full kilt regalia out of a bar. The police even took their bottles of whisky off the table. Why did they do this?

In Scotland, at the time of writing, precisely one person is in the ICU with confirmed Omicron. One. In the whole of Scotland. And for this Nicola Sturgeon orders the police to drag the drinkers out of the bars? I may be a terrible, sell-out Sassenach half-breed in the eyes of Sturgeon, but even I can tell you that what happened in Scotland over Hogmanay is more likely than anything any foreign saboteur could conjure up to erode the concept of policing by consent.

It is the same around the world. Over in the Netherlands the government seized the opportunity of Omicron to order their umpteenth national lockdown and curfew. A large demonstration against these measures took place on Sunday and culminated in the Dutch police wielding their batons against the locals and setting police dogs on to them. For their own good. It is a more brutal version of what some Americans are doing to each other.

Mask mandates on planes may not be stopping anyone from getting Omicron (cloth masks now being officially declared useless against this variant), but they are certainly setting passengers against each other on domestic flights. One video that did the rounds this week showed a woman so enraged at a maskless man on her plane that she whipped off her own mask to scream at him for being maskless. The exchange did not disrupt Dorothy Parker’s reputation as the wittiest woman in American history, but it did culminate in the female passenger spitting at the male passenger. Because if there is one thing that is sure to stop the spread of the virus it is people on planes spitting like camels at each other for not taking the necessary precautions to prevent particle transmission.

My point is that in country after country, it is becoming clear that none of this is sustainable. That does not mean that it will not go on for some while longer. Things that are unsustainable usually do. But it will soon become clear that there are societies, states and whole countries that are successfully getting on with life, and others that are not. And as people in the countries that want to lock down for the rest of the decade look to those places like Florida which are successfully getting on with things, they will want their own lives to look like that too.

As I say, I know what it is to tempt fate. But that is my view. And RIP Betty White.
#Coronavirus  #Covid