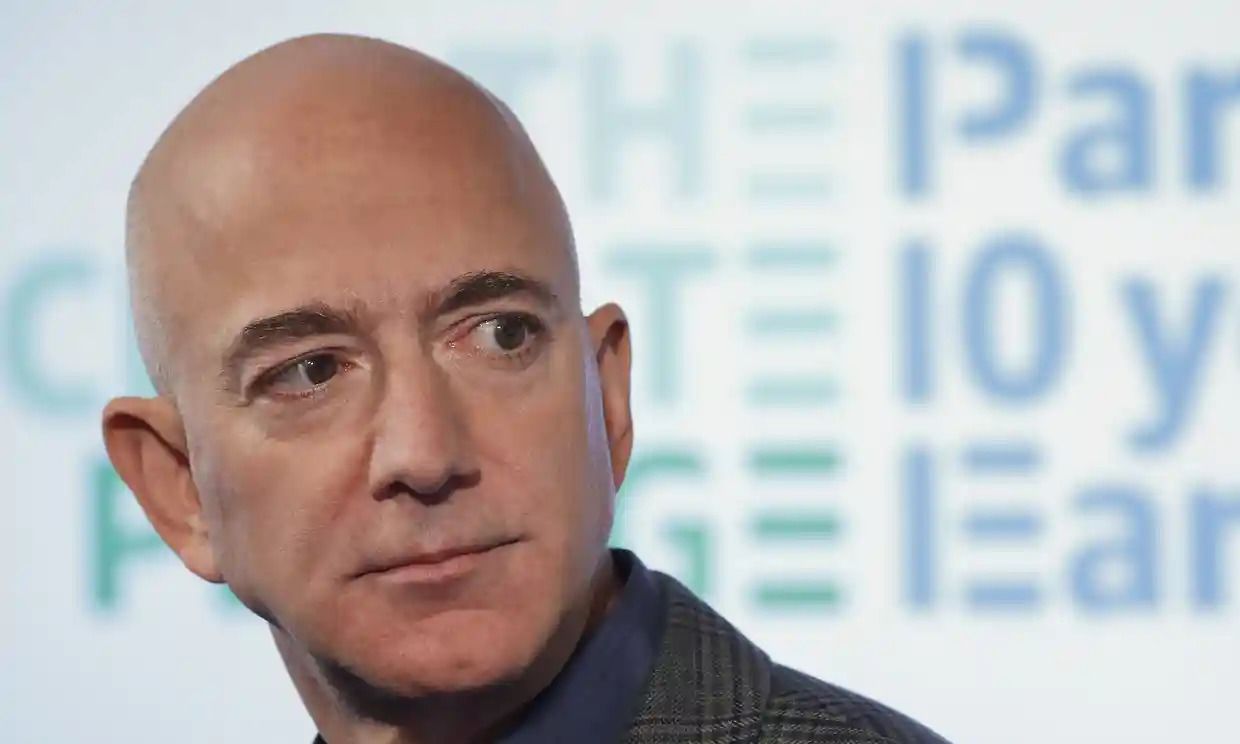 In the year 2022, three multibillionaires own more wealth than the bottom half of American society – 160 million Americans. This is unsustainable
Let’s be clear. The most important economic and political issues facing this country are the extraordinary levels of income and wealth inequality, the rapidly growing concentration of ownership, the long-term decline of the American middle class and the evolution of this country into oligarchy.

We know how important these issues are because our ruling class works overtime to prevent them from being seriously discussed. They are barely mentioned in the halls of Congress, where most members are dependent on the campaign contributions of the wealthy and their Super Pacs. They are not much discussed in the corporate media, in which a handful of conglomerates determine what we see, hear and discuss.

So what’s going on?

We now have more income and wealth inequality than at any time in the last hundred years. In the year 2022, three multibillionaires own more wealth than the bottom half of American society – 160 million Americans. Today, 45% of all new income goes to the top 1%, and CEOs of large corporations make a record-breaking 350 times what their workers earn.

Meanwhile, as the very rich become much richer, working families continue to struggle. Unbelievably, despite huge increases in worker productivity, wages (accounting for real inflation) are lower today than they were almost 50 years ago. When I was a kid growing up, most families were able to be supported by one breadwinner. Now an overwhelming majority of households need two paychecks to survive.

Today, half of our people live paycheck to paycheck and millions struggle on starvation wages. Despite a lifetime of work, half of older Americans have no savings and no idea how they will ever be able to retire with dignity, while 55% of seniors are trying to survive on an income of less than $25,000 a year.

Since 1975, there has been a massive redistribution of wealth in America that has gone in exactly the wrong direction. Over the past 47 years, according to the Rand Corporation, $50tn in wealth has been redistributed from the bottom 90% of American society to the top 1%, primarily because a growing percentage of corporate profits has been flowing into the stock portfolios of the wealthy and the powerful.

During this terrible pandemic, when thousands of essential workers died doing their jobs, some 700 billionaires in America became nearly $2tn richer. Today, while the working class falls further behind, multibillionaires like Elon Musk, Jeff Bezos and Richard Branson are off taking joyrides on rocket ships to outer space, buying $500m super-yachts and living in mansions with 25 bathrooms.

Disgracefully, we now have the highest rate of childhood poverty of almost any developed nation on Earth and millions of kids, disproportionately Black and brown, face food insecurity. While psychologists tell us that the first four years are the most important for human development, our childcare system is largely dysfunctional – with an inadequate number of slots, outrageously high costs and pathetically low wages for staff. We remain the only major country without paid family and medical leave.

In terms of higher education, we should remember that 50 years ago tuition was free or virtually free in major public universities throughout the country. Today, higher education is unaffordable for millions of young people. There are now some 45 million Americans struggling with student debt.

Today over 70 million Americans are uninsured or underinsured and millions more are finding it hard to pay for the rising cost of healthcare and prescription drugs, which are more expensive here than anywhere else in the world. The cost of housing is also soaring. Not only are some 600,000 Americans homeless, but nearly 18m households are spending 50% or more of their limited incomes on housing.

It’s not just income and wealth inequality that is plaguing our nation. It is the maldistribution of economic and political power.

Today we have more concentration of ownership than at any time in the modern history of this country. In sector after sector a handful of giant corporations control what is produced and how much we pay for it. Unbelievably, just three Wall Street firms (Blackrock, Vanguard and State Street) control assets of over $20tn and are the major stockholders in 96% of S&P 500 companies. In terms of media, some eight multinational media conglomerates control what we see, hear and read.

In terms of political power, the situation is the same. A small number of billionaires and CEOs, through their Super Pacs, dark money and campaign contributions, play a huge role in determining who gets elected and who gets defeated. There are now an increasing number of campaigns in which Super Pacs actually spend more money on campaigns than the candidates, who become the puppets to their big money puppeteers. In the 2022 Democratic primaries, billionaires spent tens of millions trying to defeat progressive candidates who were standing up for working families.

Dr Martin Luther King Jr was right when he said: “We must recognize that we can’t solve our problem now until there is a radical redistribution of economic and political power” in America. That statement is even more true today.

Let us stand together and finally create an economy and a government that works for all, not just the 1%.
#Elon Musk