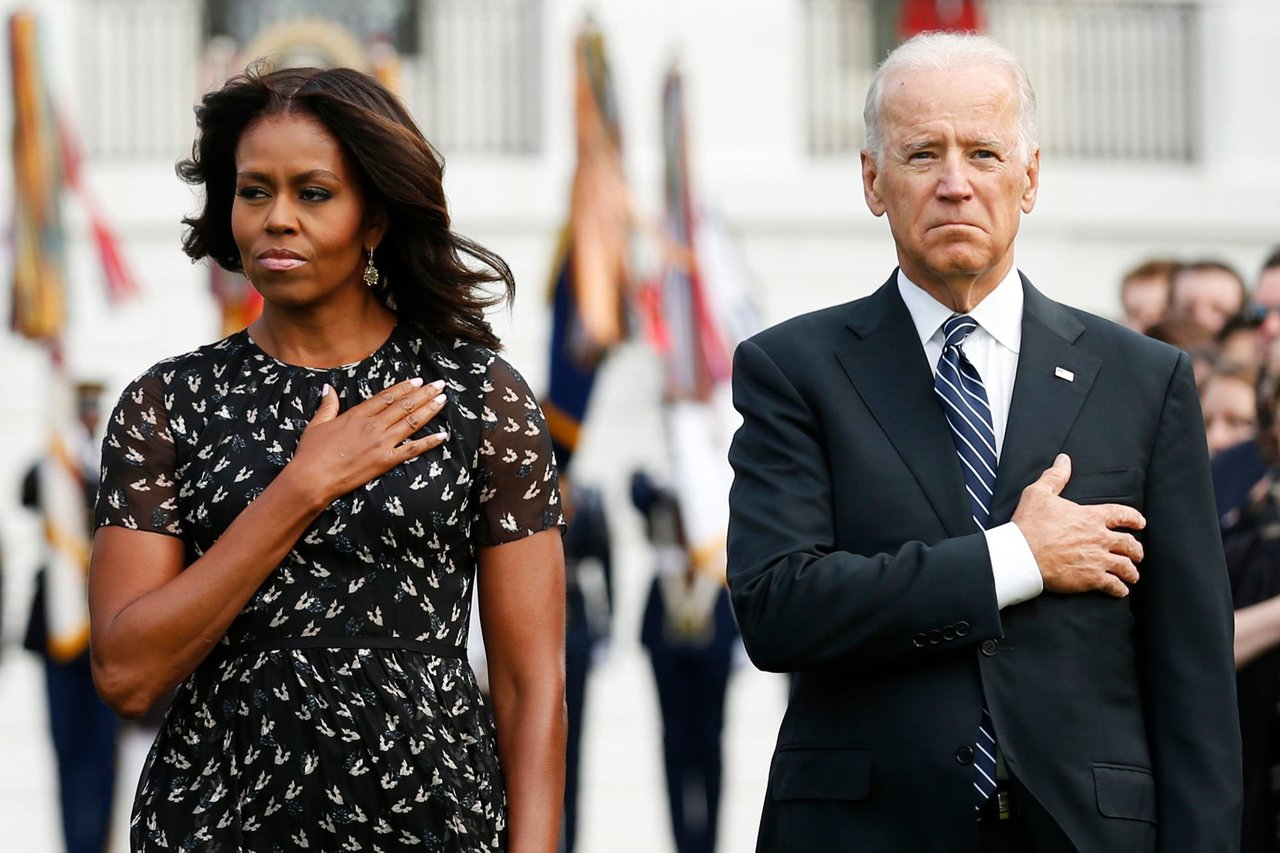 Most Democrats will vote for Biden just to kick Trump out, but around 30% of voters will not vote blindly for either Party. They'll vote rationally based on trust in the candidate’s skills and ability to lead the USA for the next 4 or 8 years.

That type of rational voter obviously will not count Biden as any more or less misfits  than Trump, or in any better shape to lead the country.

Biden enjoys the belief that, unlike Trump, he can rebuild a healthy relationship with China, but as his supporters financed also by Ukraines he might develop a similar obsession against Russia that Trump has against China.

However, with Michelle Obama as VP Biden could elevate his image and gain the credibility he so obviously lacks. Even Republicans would be happy to see a VP that they trust and love much more than Trump and Biden put together.

In fact, they would love to see her as the next President, above both of the current unsatisfactory candidates.

Biden’s current candidates for VP, such as the former Minneapolis attorney that ignored 12 times incidents that Derek Chauvin shoot innocent citizens, before he murdered George Floyd, or the former advisor that led USA to lose the unnecessary war in Iraq prove that Biden is looking for candidate based on populist considerations of racism and sexism, instead of a worthy candidate in all respects.

With Michelle Obama as a Vice President Biden will get 4 in one: he can tick the sexism and racism box that he must have to cover up his own sexism and racism faults, he gets Barack Obama as the responsible and beloved adult, and the White House will restore the respect and love that has been lost and Biden do not have the qualification to bring it back. He is running on “only not Trump” ticket, not on his own.