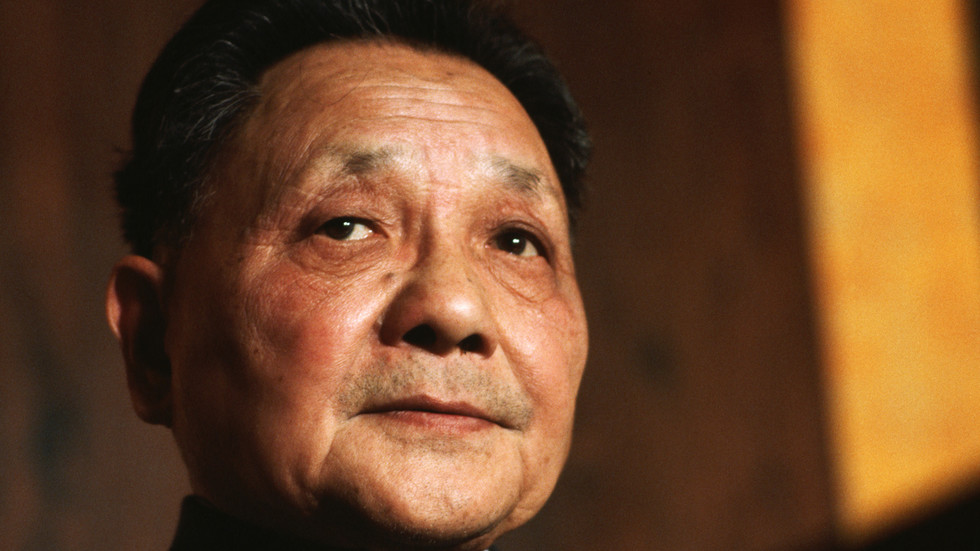 The West still misunderstands the man who shaped China’s rise

25 years after the death of former Chinese leader Deng Xiaoping, his legacy remains complicated
Saturday, February 19, marks 25 years since the death of Deng Xiaoping, the leader who succeeded Mao Zedong and oversaw a fundamental transition in China’s place in the world with a policy dubbed ‘reform and opening up’.

For those in the West, Deng’s reign, which began in 1978, heralded a hope that China was going to become more open and more liberal, and that its transition towards market-based economic reforms would spell an end to communism in the country, with his tenure coinciding with the conclusion of the Cold War.

But two-and-a-half decades after his death in 1997, many might find themselves disappointed that this has not proved to be the case. China’s political system neither collapsed nor opened up significantly, and under the rule of Xi Jinping, the country has seemingly moved away from the path which Deng set it on, instead ushering in a fresh era of geopolitical tensions with the West in what has been widely called a new Cold War. What changed? And just how relevant is the legacy of Deng in today’s China?

As much as the West may have romanticised Deng, he was far from the ‘revisionist’ to communism in China he was hoped to be. Deng, after all, had come from the stock of Chinese revolutionaries who had been with the Communist Party from the very beginning, and adopted Marxist ideas after five years of studying in France. He fought in the Sino-Japanese War, as well as the Chinese Civil War. However, alongside his ideological worldview, he was very firmly a pragmatist, believing that things ought to be done by the means, which had been proven to work best, as opposed to theory or principle.

This outlook left Deng on the wrong side of Mao Zedong on many occasions. In seeking to consolidate his personal power, Mao demonstrated the sheer force of his ideology in several disastrous campaigns, including the Great Leap Forwards and the Cultural Revolution. Although Deng would be purged in the turmoil of it all, it was following Mao’s death that he emerged as the most suitable person to reshape China from these disasters and to move the country forwards.

Famously arguing that “practice is the sole criterion of truth” and reinterpreting Mao’s theory, Deng oversaw the reform and opening up of China by establishing a ‘socialist market economy’ and laying the foundations for the country to transform itself into an international economic powerhouse, while moderately liberalising society.

As part of this, there was a policy of rapprochement with the West and the United States, as famously depicted by a photo of him donning a cowboy hat while visiting America. He also oversaw negotiations for the return of Hong Kong with Margaret Thatcher’s UK government, securing the Sino-British declaration in 1984.

This era of optimism in the 1980s has led some in the West to look back wistfully at Deng, assuming that China was then on what they would consider ‘the right track’. But the world is now a very different place. And the reality is that the China of the 1980s was never truly liberal (the end to the Tiananmen Square protests in 1989, which was overseen by Deng, is a stark reminder of that). In addition, the country was weaker and poorer then, and critically, the West was stronger.

With the Cold War coming to an end, the following decade would set the ‘end of history’ narrative that communism had critically failed and that Western liberalism was victorious and necessary for human progress. It was assumed that China was on a path of transition, and engagement with Western capitalism was part of that.

But this misunderstands the role of Deng. His policies were not about placing China on an inevitable trajectory to Western liberalism, so much as utilising the best means to make the country succeed within that context. Thus, as the context changed, so would the methods needed. Deng’s successors, Jiang Zemin, Hu Jintao, and Xi Jinping, have not abandoned the socialist market approach he embraced – far from it, in fact. They have adapted China’s perceived needs to its environment, but what was not understood was that they could also go in a more authoritarian direction in doing so.

As China became wealthier, it did not in turn become any freer. Rather, the rapid development of new factors such as the internet would comprehensively change how Beijing perceived its own regime security, heralding the Great Firewall of China for example. And as China grew without crystallising into the more liberal state the West had once hoped for, so did the geopolitical dynamic and its impact on China’s foreign relations.

While the West saw Deng as a strategic partner, exploiting the Sino-Soviet split and believing communism’s days in China were coming to an end, now Xi presides over a China which is the world’s second largest economy and is seen as a geopolitical rival, amid widespread fears that Beijing could displace the system of Western hegemony that has dominated world affairs for 400 years. Few believed this could ever happen. America has changed from embracing business with China, to seemingly loathing it and fearing it.

While Deng pledged to the United Kingdom that Hong Kong would remain an autonomous entity in the Sino-British declaration, the territory’s unwillingness to come to terms with its new identity and the riots that followed resulted in claims Beijing violated the 1984 treaty, showing how old issues have created new tensions. China finds itself once again becoming insecure and suspicious of the intentions of the West, which is considered to be seeking to contain and dominate it to try and stop its inevitable rise, hailed by Xi Jinping as the “great rejuvenation of the Chinese nation.”

Deng’s efforts are viewed as the beginning of a journey, rather than the destination, and Xi believes his rule over China will mark the end of that journey. While Deng’s China, given its more vulnerable geopolitical position, had a foreign policy strategy of ‘Taoguangyanghui’ (to hide low), Xi has sought to display more confidence in using the country’s strength and power, be it over issues such as the South China Sea, Taiwan or even to take on nations seeking to oppose China such as Lithuania. As tensions have flared, many aspects of the Deng era are simply no longer applicable to today’s world.

What we see 25 years on from Deng’s death is not a denunciation of his legacy in Beijing, but an adaptation of it that few anticipated, one that comes with a completely changing power dynamic. Yet what is indisputable is that Deng laid the political, economic, and strategic foundations for China to rise again as a powerful country. He inherited a nation that was in chaos due to the mistakes of Mao Zedong, but made it work with his pragmatic philosophy.

It was the route that China has taken since that the West perhaps didn’t see coming. They praised Deng as a bold and liberal reformer, but the reality is he was more of a skilled tactician and bureaucrat.