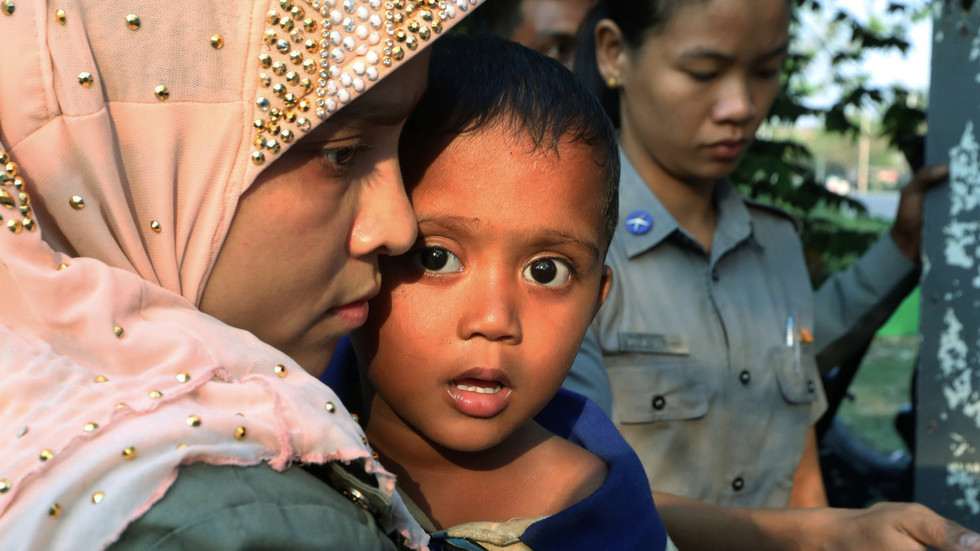 ‘They are also our people’: Myanmar military rulers promise to vaccinate minority Rohingya against Covid

A ruling military council in Myanmar has said its vaccination campaign against coronavirus will now include at least some of the Rohingya people, considered to be stateless since Myanmar’s change of power several years ago.
The predominantly Muslim ethnic group living in at least two Myanmar districts bordering Bangladesh – Maungdaw and Buthidaung – will be provided with vaccine shots by Myanmar’s military government. Speaking at a news conference on Friday, the military council’s spokesman Zaw Min Tun said the Rohingya “are also our people,” adding, “We will not leave anyone behind.” No further details or clarifications have been provided.

Following military operations in Myanmar in 2017 and what the UN then described as “ethnic cleansing”, hundreds of thousands of Rohingya fled the country, which has not recognized them as its citizens. Many ran from the Rakhine state on the western coast of Myanmar to Bangladesh, where they are regarded as illegal immigrants. Around a million Rohingya refugees live in the region in dozens of camps, where unsanitary and confined living conditions create a breeding ground for infections. Earlier this year, almost 100,000 people in several refugee camps in Bangladesh were forced into lockdown.

This month, the Bangladesh government together with international aid workers and volunteers started to work on a mass vaccination campaign to provide Covid protection to Rohingya people living in camps. In Bangladesh, nearly 1.5 million people are confirmed to have contracted the deadly virus, while Myanmar registered some 383,000 cases. At a Friday news conference, Zaw Min Tun said his country had been making progress in fighting coronavirus, and aimed to vaccinate at least half of the population by the end of the year.
#Coronavirus  #vaccine  #Covid