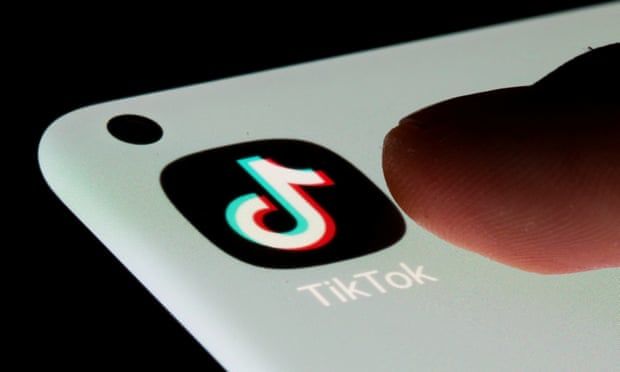 Watch out Huw Edwards, the TikTokers are coming. The social video platform is the fastest growing news source for UK adults, according to a survey, but nearly half of people using it for current affairs turn to fellow TikTokers rather than conventional news organisations for their updates.

TikTok is used by 7% of adults for news, according to the UK’s communications watchdog, up from 1% in 2020. The growth is primarily driven by young users, with half of its news followers aged 16 to 24. 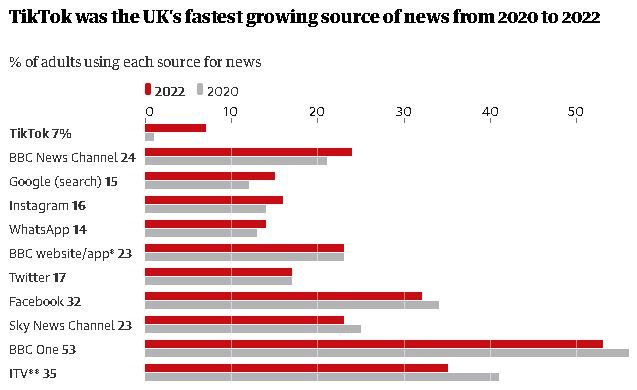 Ofcom’s annual report on news consumption in the UK showed that for teenagers aged 12-15, Instagram has deposed BBC One and BBC Two as the most popular news source among teenagers, closely followed by TikTok and YouTube.

“Teenagers today are increasingly unlikely to pick up a newspaper or tune into TV News, instead preferring to keep up-to-date by scrolling through their social feeds,” said Yih-Choung Teh, Ofcom’s group director for strategy and research. “And while youngsters find news on social media to be less reliable, they rate these services more highly for serving up a range of opinions on the day’s topical stories.”

The Ofcom study showed that news organisations are having to compete with non-journalist TikTokers as a news source on the platform. For those who consume news on TikTok, their main source is other people they follow (44%), followed by friends and family (32%) and then news organisations (24%). The most popular official news sources on TikTok include Sky News, the BBC and ITV. 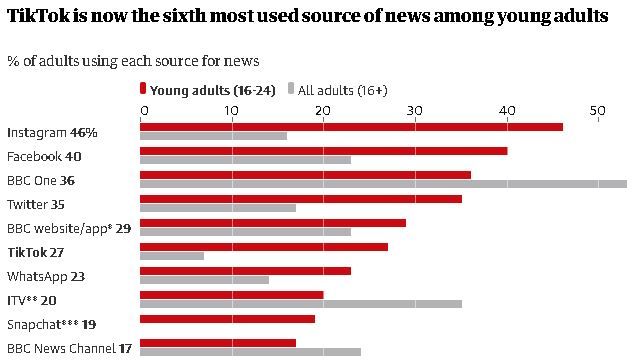 TikTok has more than 1 billion users worldwide and is owned by ByteDance, a Chinese tech company. Its power as a news source has come to the fore during the Russian invasion of Ukraine, with the White House briefing 30 influential TikTokers on the war.

Despite TikTok’s growth in the UK as a news source, it appears to lag the US. A quarter of US adults say they always use TikTok to get the news, with nearly half of US millennial and Gen Z adults – under-41s and under-25s respectively – indicating the same, according to the analysis firm Forrester Research. 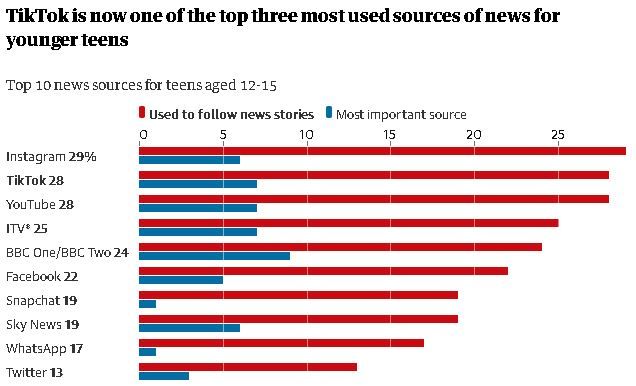 The app also became a highly popular source of coverage for the defamation case brought by Johnny Depp against his ex-wife Amber Heard in the US, with the platform’s videos appearing to skew heavily in favour of Depp, who ultimately won the case. On TikTok videos posted with the #JusticeForJohnnyDepp hashtag gained more than 20bn views in two months, while the derogatory #AmberTurd had billions of views.

Nic Newman, a senior research associate at the Reuters Institute for the Study Journalism, said the institute’s own research indicated that TikTok was not used as a platform for serious news.

“Even young people, mostly, don’t see it as a platform for serious news. But they see it as a good place to get news about celebrity or issues that are not about life and death. They will often use TikTok in combination with traditional news when something really big happens like the war in Ukraine,” he said.

The Ofcom survey showed that only three out of 10 people who use TikTok for news view it as a trustworthy source.

“Tiktok shouldn’t be viewed only as an entertainment platform. It is an active participant in popular culture, with people using the platform to be updated on social movements and news affairs,” said Emily Hall, a campaign manager at Fanbytes.

A TikTok spokesperson said the platform was a place where “millions of people come to be entertained and learn”, adding: “We want everyone who uses TikTok to have access to good and accurate information, which is why our community guidelines makes clear we do not allow harmful misinformation.”

Ofcom found that younger age groups are much more likely to use the internet and social media for news, whereas their older counterparts favour print, radio and TV.