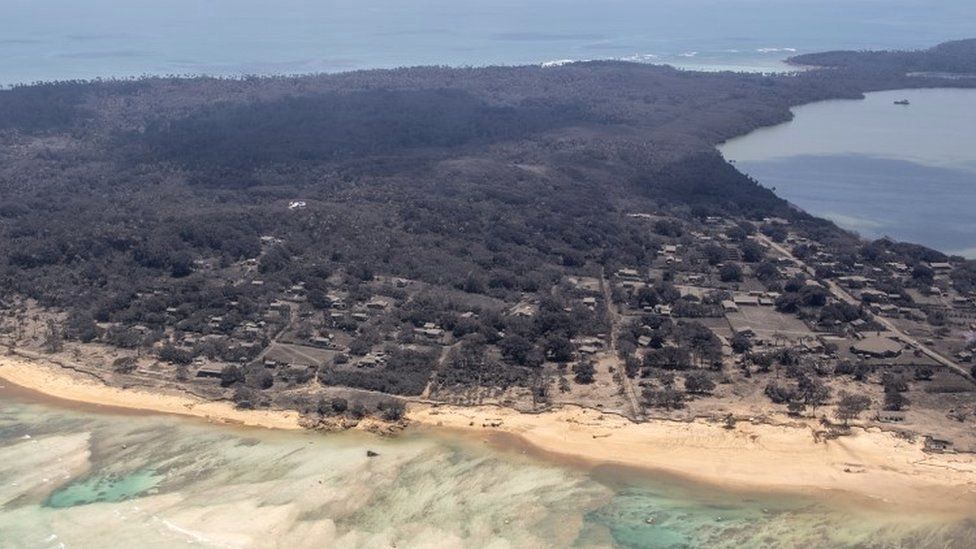 Tonga says it has been hit by an "unprecedented disaster" in the government's first update since a volcanic eruption triggered a tsunami.

Rescue teams have been sent to some of the outlying islands, including one where all the houses were destroyed and another where just two homes remain.

The UN has confirmed four deaths in the disaster - three nationals and a woman from Britain.

Aid efforts have been hampered by ash continuing to fall from the volcano.

Volunteers have been sweeping the runway of the main airport to allow planes bringing drinking water and other supplies to land.

On Wednesday morning in Tonga, a UN representative for the region said that while clearing the ash had proven more difficult than expected, good progress had been made and it was hoped that flights might soon resume.

"We thought that it would be operational [Tuesday], but it hasn't been fully cleared yet because more ash has been falling," Jonathan Veitch told reporters.

Mr Veitch praised the quick response of New Zealand and Australia in working to dispatch aid via ships and described a "very challenging" situation.

Communications with the island chain has been majorly disrupted after the single underwater cable connecting Tonga to the rest of the world was severed in the eruption on Saturday.

Many Tongans abroad have since been waiting to hear news from loved ones.

The Tongan government said on Tuesday that the internet was down, but that some local phone services were available and work was under way to restore full communications.

* A 65-year-old woman, a 49-year-old man and British woman Angela Glover were killed in the tsunami. A number of injuries have also been reported and a fourth death was later confirmed by the UN
* Dozens of houses on the main island of Tongatapu were also damaged
* Evacuations from the worst-hit islands are under way
* Water supplies have been "seriously affected" by the volcanic ash
* Flights have been temporarily halted and sea transport routes are disrupted

Meanwhile, the UN said it would try to maintain Tonga's Covid-free status when aid starts arriving.

Settlements on Tonga no longer visible after eruption 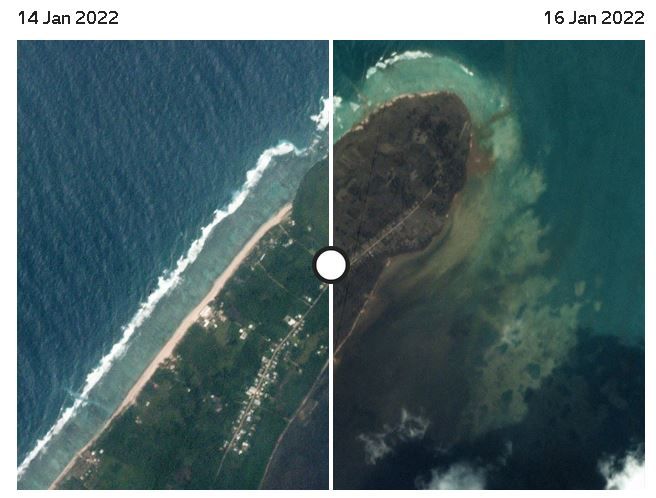 Tongan officials have expressed concern that deliveries could spread Covid, with the country only recording its first case in October.

The UN said it was unclear if personnel could be sent to assist, but that supplies like water and food could be delivered as the main island's port remained viable.

There have been reports of food supplies at shops running low and deliveries have been deemed a priority.

Saturday's volcanic eruption was felt as far away as the US. In Peru, two people drowned in abnormally high waves while beaches near the capital Lima were closed off following an oil spill. 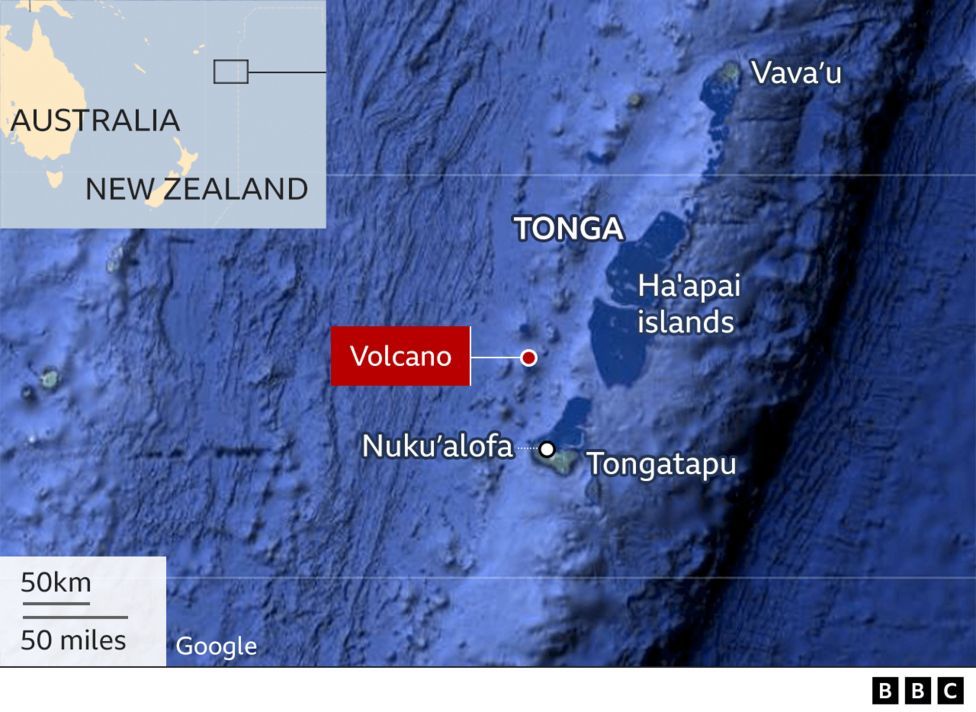