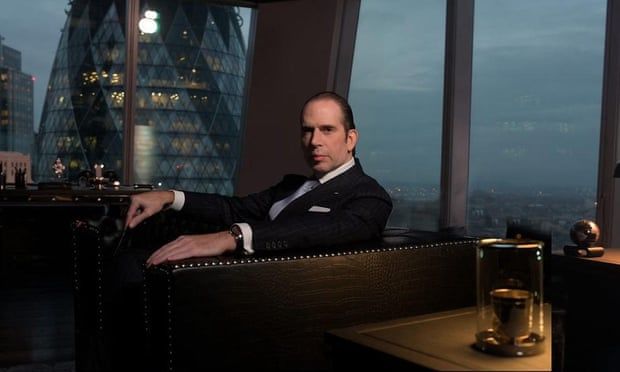 Labour asks whether Conservatives will give back funds, and calls for Tory co-chair’s sacking
The Conservatives have been urged to clarify whether they will hand back about £500,000 of donations from a company linked to a Venezuelan-Italian banker charged with conspiracy, bribery and wire fraud in the US.

Labour questioned whether the party should give back cash donated since 2019 by Britannia Financial Services, which was founded by Julio Herrera Velutini.

Herrera Velutini was charged by the US Department of Justice with conspiracy, federal programmes bribery and honest services wire fraud in relation to an election in Puerto Rico in 2020, according to a press release on 4 August.

Britannia Financial Services said Herrera Velutini stepped down as a director in November 2021 and was no longer involved in “day-to-day management” of the company. There is no suggestion of any wrongdoing by Britannia Financial Services, which did not respond to a question about Herrera Velutini still being listed with Companies House as owner of 75% or more of the company.

Lawyers for Herrera Velutini said all the charges against him were baseless and politically motivated, and denied in full.

Anneliese Dodds, the Labour chair, called on the Conservatives to explain what, if any, interaction Herrera Velutini had with Boris Johnson, ministers and the party co-chair Ben Elliot.

In a letter to Andrew Stephenson, a Tory MP and new co-chair of the party, she also called for clarity on “whether the Conservative party intends to hold on to the monies donated by [the company linked to] Mr Velutini in light of the charges brought against him by the US authorities”.

She said Stephenson should call on the prime minister to remove Elliot as a co-chair of the party, alleging that he and Johnson had overseen a “cash-for-access culture in the Conservative party”.

She highlighted allegations that Elliot created an “advisory board” of donors to the Conservative party, who were granted privileged access to senior ministers and government officials at the height of the Covid-19 pandemic in return for their £250,000 annual membership.

“A new broom is clearly needed to demonstrate to the public that the Conservative party is committed to cleaning up its act,” she wrote to Stephenson. “This is your opportunity to make your mark as co-chair. Will you therefore call publicly for Liz Truss and Rishi Sunak to explain what they will do to clean up the sleaze-ridden Conservative party?”

In response to Dodds’ letter, a Tory spokesperson said: “Donations to the Conservative party are properly and transparently declared to the Electoral Commission, openly published by them and comply fully with the law.”
#Boris Johnson  #COVID-19  #Johnson  #Covid