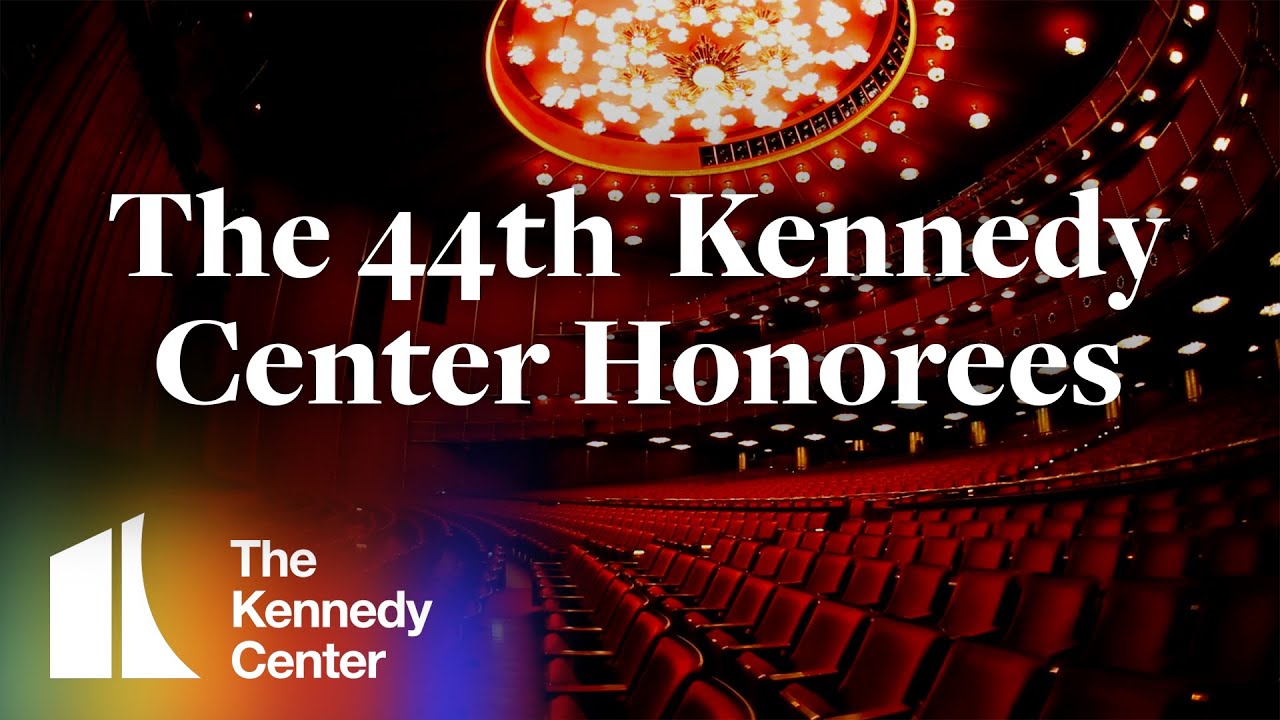 Kamala Harris and Doug Emhoff will join the first couple in the presidential box. The Bidens and the second couple have been seen in public together more frequently after reports of disfunction in the vice president's office and frustration in the West Wing with Harris.

President Trump skipped the Kennedy Center Honors, publicly stating that he wished to avoid marring the celebration with a 'political distraction' after some of the honorees threatened to boycott the awards if Trump attended.

Joe and Jill Biden will head to the Kennedy Center Honors on Sunday night, marking the first time in four years a president has attended Washington D.C.'s premiere social event

President Donald Trump and Melania Trump (seen above at a 2019 formal dinner in England) skipped the Kennedy Center Honors, publicly stating that the Trumps wished to avoid marring the celebration with a 'political distraction' after some of the honorees threatened to boycott the awards if Trump attended

Kamala Harris and Doug Emhoff will also attend the Kennedy Center Honors; the second couple has been seen more in public with the Bidens including during a service project at DC Central Kitchen on November 23 (above)

Previous presidents have attended the honors since it launched in 1978. Biden also attended in 2009 as vice president, sitting in the presidential box of the ornate theater with Barack and Michelle Obama and his daughter Ashley.

The event is a major fundraiser for the Kennedy Center and the ceremony airs on CBS on Dec. 22. The star-studded performance, which features a tribute to each honoree, is followed by a private dinner.

'After the challenges and heartbreak of the last many months, and as we celebrate 50 years of the Kennedy Center, I dare add that we are prepared to throw 'the party to end all parties' in D.C. on December 5th,' Kennedy Center President Deborah Rutter said.

Presidents and first ladies add a dash of glamour to the gala, which is also attended by members of Congress, justices of the Supreme Court, Cabinet officials, high-profile members of the media, and senior members of the administration.

Sunday's ceremony, the 44th Kennedy Center Honors, will be hosted by Kennedy Center chairman David Rubenstein, the same man whose Nantucket home the Bidens stayed in over the Thanksgiving holiday.

Honorees are selected for their contributions to American culture through the performing arts.

The first awards in 1978 went to Marian Anderson, Fred Astaire, George Balanchine, Richard Rodgers and Arthur Rubinstein — with Jimmy and Rosalynn Carter sitting next to them in the presidential box.

Joe Biden (right) also attended the Kennedy Center Honors in 2009 as vice president, sitting in the presidential box of the ornate theater with Barack and Michelle Obama and his daughter Ashley.

Honored: Hollywood heavyweights including honorees Lorne Michaels and Bette Midler were in attendance at the medallion ceremony for the 44th annual Kennedy Center Honors on Saturday evening at the Library of Congress in Washington D.C.

There have been a few presidential misses over the years - Carter missed the 1979 event because of the Iran hostage crisis; George H.W. Bush missed in 1989 and Bill Clinton in 1994 because of travel in Europe. First ladies attended on their behalf.

There was speculation Melania Trump might attend without her husband but that never happened. The Trumps skipped the three ceremonies held during their tenures.

The 2020 ceremony was postponed because of the COVID pandemic and was held earlier this year in May.