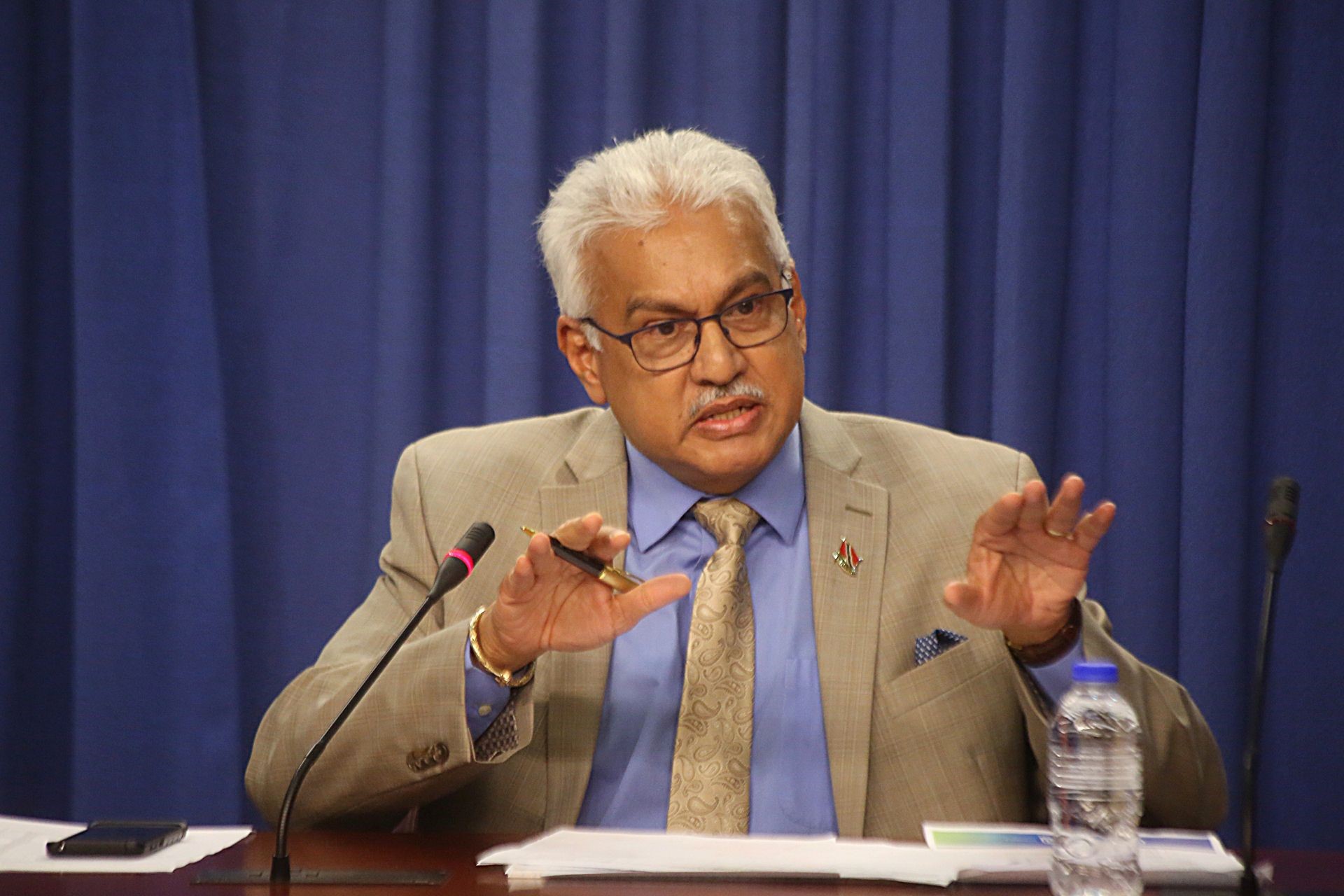 Trinidad registers highest number of COVID deaths in a day

T&T recorded its highest death rate since the start of the COVID-19 pandemic with 33 new deaths reported yesterday. The Ministry of Health also reported 956 new positive cases, the second-highest number of confirmed cases.
These grim statistics were recorded on the day that Government announced the establishment of a mass storage site in Freeport for the bodies of COVID-19 victims. Chief Medical Officer Roshan Parasram, speaking at the press conference hosted by Prime Minister Dr Keith Rowley, said the facility had been set up in collaboration with the Funeral Homes Association.

“There is a team established under the Ministry of Health to look at the preparation for persons dying from COVID-19. We are looking to establish a mass site for storage in the Freeport area, which will be coming on stream shortly, and additional sites and sites within different funeral agencies for storage. It is a necessary step, as the Prime Minister has said, and a step that we have been putting off as long as we could.”

Health Minister Terrence Deyalsingh confirmed that there are now three known cases of the deadly Omicron variant in the country. He said on December 13 the first case of the Omicron variant was detected in a passenger who came into T&T via Panama from New York.

“We have now moved from one case to three cases. There was a flight that had to be diverted to Puerto Rico. There were 16 persons on that flight who had done their PCR but because of the long stopover in Puerto Rico . . . 16 of those persons with PCR tests would have expired, gone past the three-day limit. When they arrived in Trinidad and Tobago all 16 were quarantined and retested. Out of that batch of 16, we got one positive case of Omicron. All 16 of those were fully vaccinated and the one positive case of the Omicron is in isolation. That’s the second case that we got.”

He said they detected a third case from another flight from Miami on December 8.

“This person flying with all the requirements of the TT Travel Pass with negative PCR was vaccinated would then turn symptomatic on December 10. This person got tested and because we tried to go after high yield targets that sample was sent for genomic sequencing and we got it turned around in a short space of time. That person turned out to be the third person positive with the Omicron variant in Trinidad and Tobago. That person had one household contact and both individuals are in home isolation.”

Deyalsingh said the Omicron variant is now in 90 countries. He quoted a European official who said the variant “is spreading at lightning pace” and urged the public to get vaccinated as the country’s vaccination numbers are still not high enough.

“It is only a matter of time that we get Omnicon out of travel. That is the reality of how this thing happens. The best way to prevent a collapse of the healthcare system is to get vaccinated. Our vaccination numbers for those accessing the first dose of a two-dose regime have dipped to about 700 to 800 doses daily.

“Our fully vaccinated cohort is 659,702 which is about 47.1 per cent of the population. We have been stuck at about 47 per cent for far too long. We need to accelerate that especially with the Omnicon variant which is causing havoc,” he said

Deyalsingh encouraged the public to use the Christmas season to get vaccinated as there are huge crowds at supermarkets and other areas where people shop and advised them not to have any Christmas parties or gatherings.

“I will have absolutely no Christmas activities in my home. This is a time for all of us to be as quiet as possible, to be as careful as possible,” the minister said.

Yesterday’s clinical update from the Ministry of Health shows that 33 more people died from COVID-19, pushing up the national death toll to 2,560.

They were 11 elderly males, nine elderly females, five middle-aged males and eight middle-aged females, 19 of whom had multiple comorbidities including diabetes, hypertension, kidney disease, Alzheimer’s disease, cancer, asthma, heart disease and obesity, while ten had diabetes or hypertension as a single comorbidity and four had no known medical conditions.

The Ministry also reported that 956 people have tested positive for the disease in the last 24 hours and there are now 15,339 active cases of COVID-19 in the country.
#COVID-19  #Covid