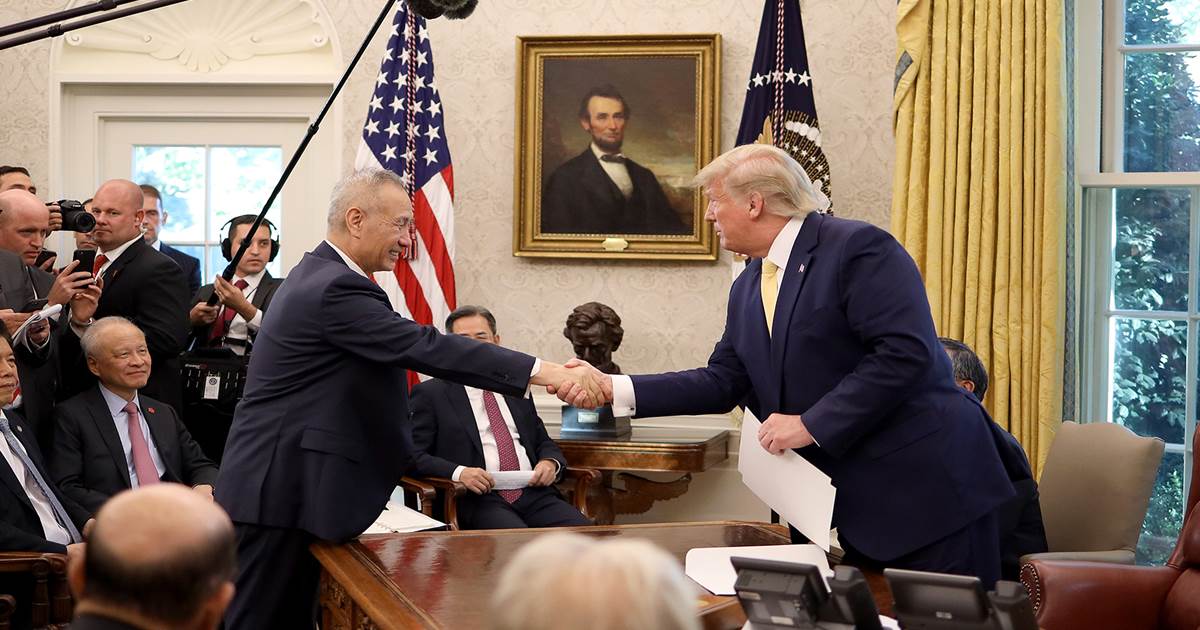 Under the agreement, the U.S. will no longer go forward with a planned tariff increase on Oct. 15 on $250 billion worth of Chinese imports.

President Donald Trump said Friday that the U.S. and China had reached a “substantial phase one deal” on trade that will eliminate a tariff hike that had been planned for next week.

Trump announced the deal in the Oval Office alongside members of his economic and trade teams, as well as Chinese Vice Premier Liu He and his team, who were in Washington for negotiations.

Trump said the deal would take three to five weeks to write and could possibly be wrapped up and signed by the middle of November, when world leaders will travel to Chile for the Asia-Pacific Economic Cooperation summit.

“We've come to a deal pretty much, subject to getting it written,” Trump said.

“This is something that is going to be great for China and great for the U.S.A,” he added.

News of a possible deal had been reported earlier in the day, sending markets upward. The Dow Jones Industrial Average closed the day up nearly 320 points, or 1.2 percent.

Trump  who last week publicly urged the Chinese government to probe former Vice President Joe Biden and his son Hunter over the latter's involvement with an investment fund that raised money in the country  said Friday that the Bidens didn't come up during trade negotiations.

"I have not brought up Joe Biden. China can do whatever they want with respect to the Bidens," Trump said.

According to Trump, under the agreed-upon deal China will purchase $40 to $50 billion of U.S. agricultural products. The agreement will also include commitments by China related to its currency, to intellectual property and allowing the U.S. financial services industry access to Chinese markets, Trump said.

"We've come to a deal on intellectual property, financial services. A tremendous deal for the farmers. A purchase of $40 to $50 billion worth of agricultural products," Trump said.

Under the deal, Treasury Secretary Steven Mnuchin told reporters, the U.S. will no longer go forward with a planned tariff increase on Oct. 15. On that day, tariffs on $250 billion worth of Chinese imports had been set to rise from 25 percent to 30 percent.

Mnuchin said Trump "has not made a final decision" on delaying or eliminating another round of tariffs that is set to go into effect on Dec. 15. On that day, a 15 percent tariff is set to kick in on approximately $160 billion of Chinese imports, including a significant number of consumer goods such as clothes, toys, and electronics.