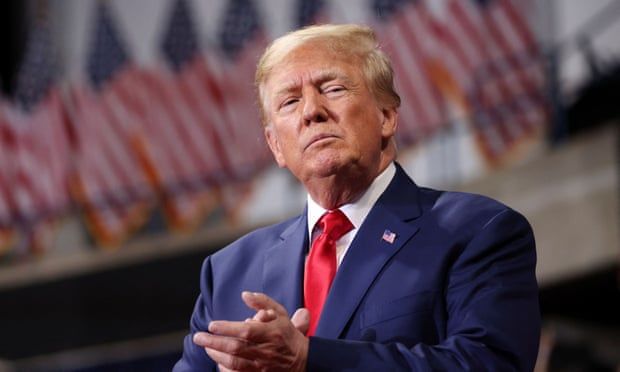 A former lawyer who served in the White House during Donald Trump’s administration, said the ex-president is a “deeply wounded narcissist”, claiming that’s one of the two toxic traits that dictate his actions and decision making.

Ty Cobb, who stepped down in 2018 because of Trump’s disapproval of his “conciliatory” approach, also said Trump is “incapable of acting other than in his perceived self-interest or for revenge”.

He was responding to CBS podcast host Major Garrett’s question about whether it was a character flaw of Trump that he refused to accept the 2020 election results despite some of his closest aides, such as former attorney general Bill Barr, eventually deciding that the election results were not false.

During the CBS interview, Cobb also said the current justice department investigation about Trump allegedly stealing highly classified documents from the White House is aimed to cover a wider ground including his involvement in January 6 riots and schemes to undermine the 2020 elections.

“I think the Department of Justice intends to prosecute him no matter what,” he said.

The search warrant is “very, very comprehensive in terms of the types of documents that the government could take”, Cobb added.

Cobb added that it’s not unusual to “commingle some documents” for someone leaving the White House in the kind of rush as Trump did. “But typically you work closely with the archives and with the intelligence agencies to get ‘em back to ‘em as soon as possible,” he said.