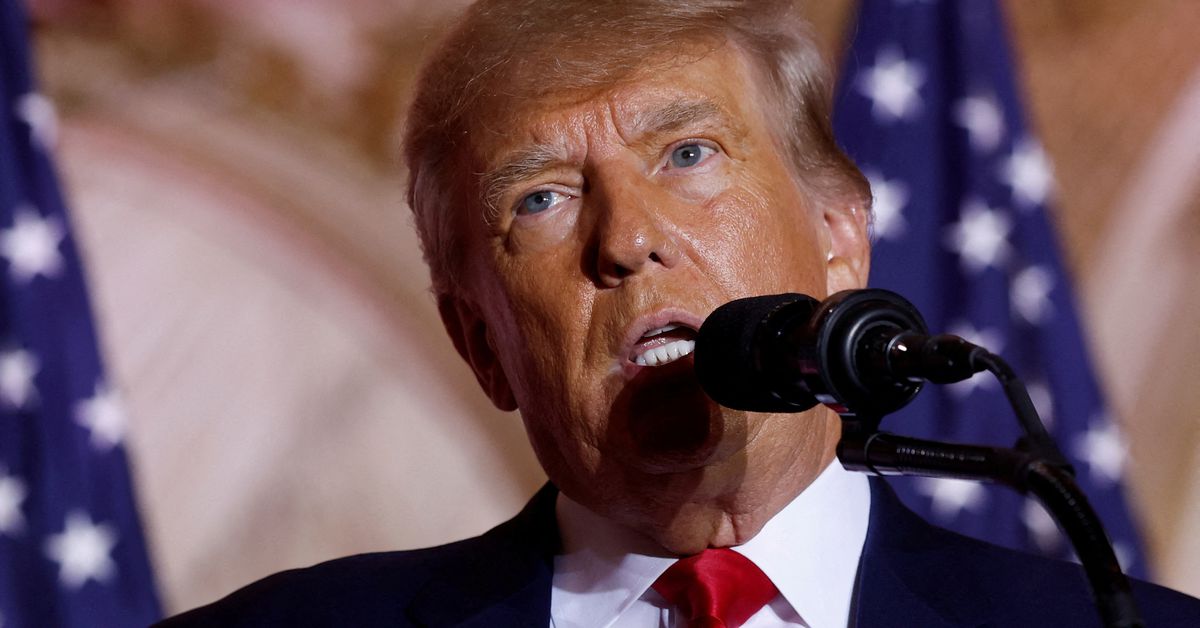 Former U.S. President Donald Trump's real estate company began mounting a defense on Monday in its criminal trial on charges including tax fraud after the prosecution rested its case, questioning an outside accountant who the Trump Organization contends should have caught a top executive cheating on taxes.
Prosecutors with the Manhattan district attorney's office called five witnesses over three weeks including their star witness Allen Weisselberg, the company's former chief financial officer who pleaded guilty in August to charges including grand larceny and tax fraud.

The Trump Organization, which operates hotels, golf courses and other real estate around the world, is accused of hiding executive perks from tax authorities for more than 15 years and falsely reporting bonuses as non-employee compensation. The company, which has pleaded not guilty, could face up to $1.6 million in fines for the three tax fraud counts and six other counts it faces, if convicted. Trump himself was not charged.

The first witness called by the defense was Donald Bender, an accountant with the firm Mazars who handled the Trump Organization's taxes. Bender was granted immunity from prosecution for testifying before the grand jury that indicted the company and Weisselberg.

The company's lawyers told jurors in opening statements on Oct. 31 that Weisselberg acted on his own and that Bender should have spotted the CFO's actions.

In questioning Bender for more than two hours on Monday, defense lawyer Susan Necheles sought to show that he was wary of upsetting Weisselberg, who as CFO was responsible for hiring Mazars. Bender said he prepared tax returns for Weisselberg and his family members free of charge as an "accommodation."

Bender also testified that Weisselberg once asked him to compare his possible tax liability if he earned all of his income from wages against what he would owe if he earned some self-employment income.

Weisselberg, who has worked for the Trump family for about five decades and is currently on paid leave, has admitted to improperly receiving bonus payments as non-employee compensation as well as hiding from tax authorities various payments from the company for his rent, car leases and other personal expenses.

Bender was expected to continue testifying on Tuesday.

Mazars in February dropped the company as a client and said it could no longer stand behind a decade of Trump's financial statements.

Weisselberg during his three days of testimony last week said he worked with the Trump Organization's controller to misreport his and others' income on company tax forms, which let the company save on salary payments as well as payroll taxes. The prosecution's final witness was Mukaila Rabiu, an auditor with the New York State Department of Taxation and Finance.

Trump, a Republican who last week launched another bid for the presidency in 2024, has called the charges politically motivated. Alvin Bragg, the current Manhattan district attorney, is a Democrat, as is the DA who brought the charges last year, Cyrus Vance.

The criminal case is separate from a $250 million civil lawsuit filed by New York's attorney general against Trump, three of his adult children and his company in September, accusing them of overstating asset values and his net worth to get favorable bank loans and insurance coverage.

U.S. Attorney General Merrick Garland on Friday named a special counsel to oversee the Justice Department's investigations related to Trump including his handling of sensitive government documents after leaving office and efforts to overturn the 2020 election.
#Donald Trump