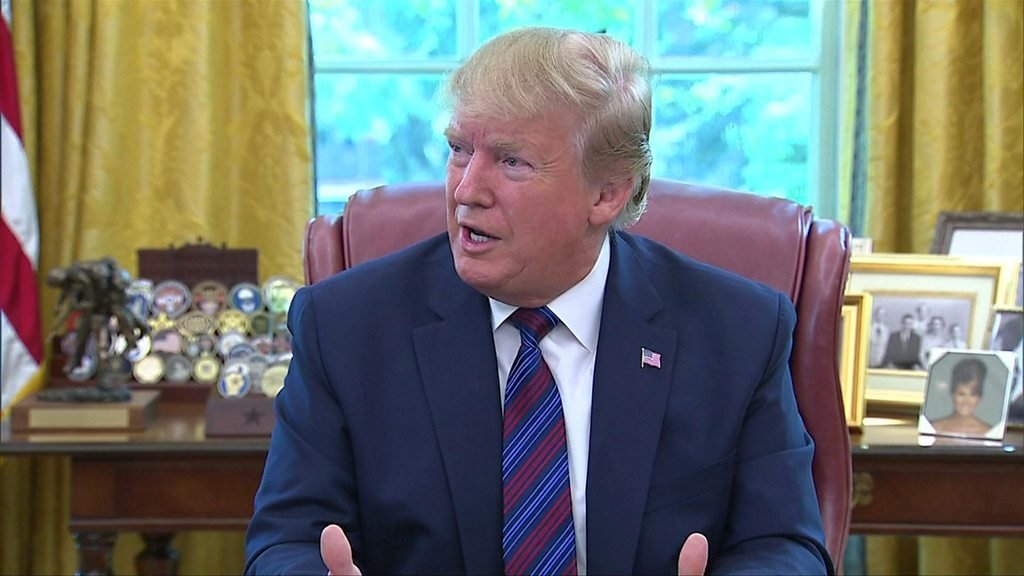 Trump: US and UK working on 'very substantial' deal

US President Donald Trump has said talks about a "very substantial" trade deal with the UK are under way. The deal could lead to a five-times increase in trade, the US president says after speaking to Boris Johnson.

A bilateral deal with post-Brexit Britain could lead to a "three to four, five times" increase in current trade, the US president said.

After a phone call with Boris Johnson on Friday, Mr Trump said the new prime minister would be "great".

Mr Trump said US-UK trade had previously been "impeded" by Britain's membership of the EU.

Once the UK leaves, he added, it can expect to do "much more" trade with the US.

Mr Johnson and Mr Trump said they would begin formal negotiations "as soon as possible" after the UK leaves the EU.

While the UK is in the EU, it cannot sign its own trade deals. Brexit is due to happen on 31 October.