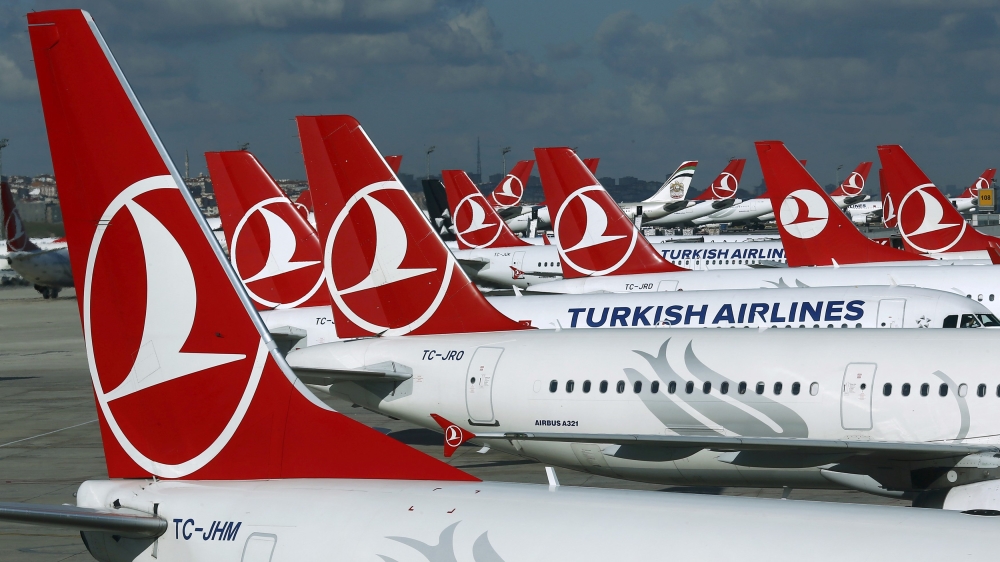 President Erdogan says ‘Türkiye Hava Yolları’ will be inscribed on the bodies of ‘Türkiye’ airlines planes.

Earlier this month, Ankara sent a letter to the United Nations, formally registering the country’s name as “Türkiye” – as it is spelled and pronounced in Turkish. The country called itself “Türkiye” in 1923 after its declaration of independence.

Erdogan’s government said on Tuesday the name “Türkiye” better represents Turkish culture and values. Some observers say the move is part of an effort to dissociate its name from the bird, the turkey.

“Turkey no longer exists. It is Türkiye,” Erdogan said during a ceremony marking the launch of a new communications satellite.

Erdogan continued, “Türkiye Hava Yolları will be inscribed on the bodies of our planes instead of Turkish Airlines.”

“Hava Yolları” is airlines in Turkish.

The UN and NATO have formally begun using “Türkiye” instead of “Turkey.” Some high-ranking foreign dignitaries visiting Ankara have also made the switch.

NATO Secretary-General Jens Stoltenberg referred to the country as “Türkiye” during visits to Helsinki and Stockholm this week, as did Finnish President Sauli Niinisto and Swedish Prime Minister Magdalena Andersson.

The two countries are trying to overcome a Turkish objection to their bid to join the military alliance.

As a NATO ally, Ankara has the power to block their membership bids. The country accuses the two Nordic nations of backing Kurdish armed groups it considers “terrorists”.