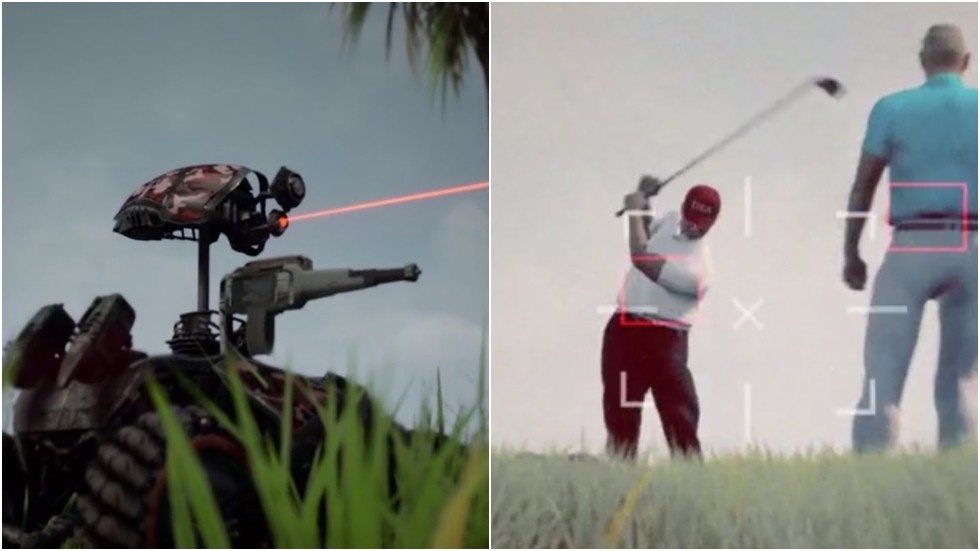 An account linked to Iran’s supreme leader Ayatollah Ali Khamenei has been permanently suspended by Twitter after posting an animated video pledging revenge against the US and depicting an attack on former president Donald Trump.

The controversial clip had earlier won the contest “on the topic of revenge on Trump, Pompeo and the murderers of Gen. Soleimani,” organized by Khamenei’s official website.

Top Iranian commander Qassem Soleimani, who had been seen as an architect of Tehran’s policies in the Middle East, was assassinated in a US drone strike outside the airport in Iraq’s capital, Baghdad, on January 3, 2020.

And the video suggested that Trump, who ordered the strike that put the US and Iran on the brink of an all-out war two years ago, should face the same fate as Soleimani.

It showed a wheel-mounted robot tricking the security cameras and making its way into the ex-US president’s estate in Florida, as well as a drone approaching the same location from the air.

Both killing machines end up picking up in their crosshairs a man in a red USA hat playing golf, while members of his entourage on the golf round receive a text message, reading: “Soleimani murderers and the one who gave the order will pay the price.”

The machines’ operator, who works from a control room somewhere in Iran that is decorated with Soleimani’s portraits, then presses a red button, but the clip stops short of displaying an actual attack.

The video, entitled ‘Revenge is definite,’ was uploaded on Khamenei’s website earlier this week and still tops its ‘Most Viewed’ section. But when it was reposted by @KhameneiSite account on Twitter, the platform, which cites tackling abusive behavior as being among its priorities, reacted swiftly and blocked the page.

Khamenei’s main accounts on the platform that operate in several languages and refrain from the more controversial posting, didn’t face any restrictions.

While Twitter moved to curb threats against Trump, the former president himself remains banned by the social media website. His account, which had more than 88 million followers, was permanently suspended after the platform ruled that the then-president’s tweets in the wake of the Capitol siege in January 2020 violated its Glorification of Violence policy.

Trump, who plans to run for office again in 2024, has ordered the development of his own social media platform, called ‘TRUTH Social,’ which is expected to go live in late February.