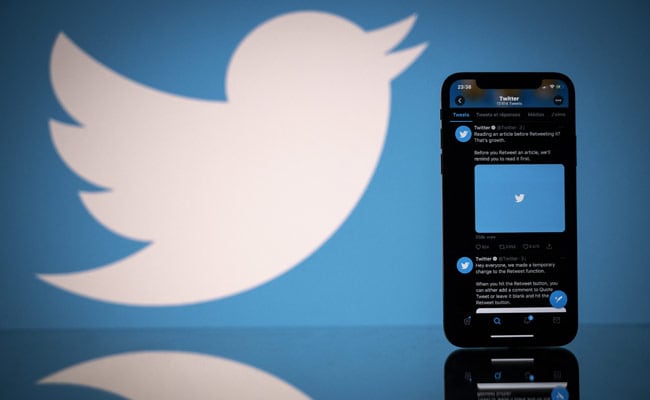 The move follows an upsurge in fake accounts on the platform after new boss Elon Musk allowed users to pay $8 for the coveted blue tick that was previously reserved for verified accounts.
Twitter Inc said on Friday it had reinstated the "official" badge given to some accounts, days after removing it, while several users reported the new $8 subscription option for the blue verification tick had disappeared.

The move follows an upsurge in fake accounts on the platform after new boss Elon Musk allowed users to pay $8 for the coveted blue tick that was previously reserved for verified accounts of politicians, actors and other major personalities.

Fake accounts of several big brands have popped up with the blue tick, including Musk's Tesla and SpaceX as well as Eli Lilly and Co, Nestle and Lockheed Martin.

"To combat impersonation, we've added an 'Official' label to some accounts," Twitter's support account, which has the "official" tag, tweeted on Friday. Elon Musk on Wednesday tweeted he had "killed" the new label, just hours after rolling it out.

Meanwhile, a number of users said the option to sign up for Twitter Blue, the $8 subscription service that comes with blue tick verification, had disappeared.

"Checked with Twitter's API (application programming interface) and the in-app purchase for Twitter Blue Verified is no longer listed for production," app researcher Jane Manchun Wong said in a tweet.

Elon Musk had said on Sunday that Twitter users engaging in impersonation without clearly specifying it as a "parody" account will be permanently suspended without a warning.

While some had disclosed it was a parody account in their description, several other fake brand accounts including that of Nintendo and BP were suspended.

Earlier in the day, Mr Musk said his companies will be well-positioned in 2023 despite the possibility of a tough economy.

Elon Musk's tweet came a day after he raised the possibility of Twitter going bankrupt. In his first company-wide email, Mr Musk warned that Twitter would not be able to "survive the upcoming economic downturn" if it fails to boost subscription revenue to offset falling advertising income, three people who have seen the message told Reuters.
#Elon Musk  #Tesla