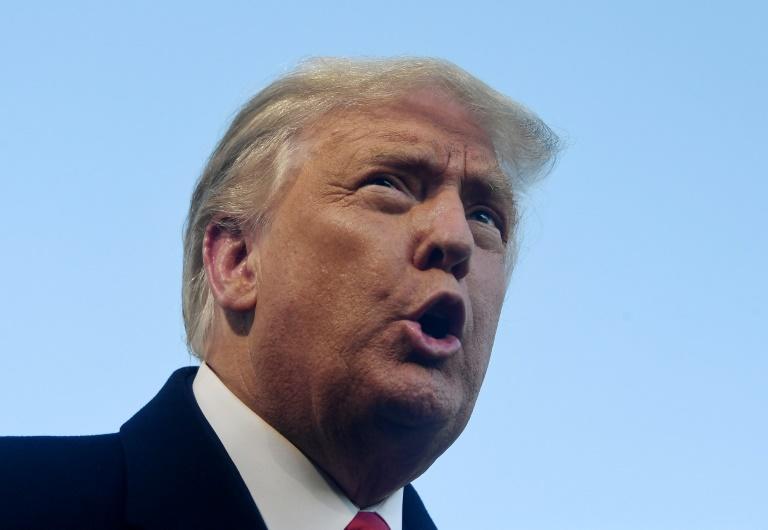 The entirely false notion that Democrats stole the presidency from Trump is likely to be a hot topic on "TRUTH Social," a conservative platform he is adding to the already hyper-polarized US media ecosystem.

Wednesday's announcement of the launch planned for early next year is noteworthy because it bolsters speculation that Trump -- who is banned from Twitter -- is gearing up for another presidential run in 2024.

More profoundly, it demonstrates how the former reality TV star is able to capitalize on deep fractures in American society that are being intensified like never before through the echo chambers of social and traditional media.

Where once Americans could agree on a shared set of facts, now two implacable tribes eye each other suspiciously from their respective siloes, each armed with their own version of reality served up by their favorite media outlet or smartphone app.

Investigative journalist Carl Bernstein, whose reporting on the Watergate affair alongside Bob Woodward helped bring down Richard Nixon, has called for media and politicians to pay more attention to countering misinformation splitting the country.

"The division that is separating and polarizing us in this country is vicious. It is deep," he said. "It is full of hate and anger. And most of that hate and anger is resting on big lies."

Watch conservative Fox News on any given evening, and you could almost be convinced that it is reporting on an entirely different country from the one covered by left-leaning MSNBC, often with almost no overlap in the news agenda.

Depending on whether Americans hone their opinions on Parler or Twitter, Trump is either the last bulwark against a woke cultural tide presaging a socialist takeover -- or the biggest threat to democracy since the Civil War.

The inhabitants of these two competing bubbles rarely encounter information that might challenge their world view or show them what their opponents are thinking. Put more simply, no one talks to the other side anymore.

It's not just last year's election that gets completely contradictory coverage from right-wing and progressive media sources.

Reporting on the nationwide demonstrations that followed the murder by police of African American George Floyd offered the same dichotomy, with the left being fed images of noble protest for racial justice and the right told the country was on the verge of a violent takeover by communist thugs.

This bifurcation has reached the point where someone's views on a range of hot-button issues -- from abortion, LGBT rights and immigration to gun control and health care -- can be reliably inferred from their choice of cable news channel.

Division has been a hallmark of the Trump era. A record 81 million people voted for Joe Biden in 2020, but the 74 million that voted for Trump marked the second-highest figure ever posted by a candidate.

On the right, figures like the former president's son Donald Trump Jr prioritize "owning the libs" -- sparking outrage and hand-wringing among progressives -- over serious debates about ideology.

And in the more militant recesses of the left, every disagreement over race and sexuality is attributed to the supposed innate bigotry of conservatives.

Fox News maintains a loyal viewership but many Trumpists have decamped since the election to further-right conspiracy-mongering outlets such as Newsmax, One America News and the Parler and Gettr social networks.

Newsmax's prime time shows attract up to a million viewers while former White House press secretary Sean Spicer's program on AON is not far behind.

The polarization of the media is a symptom of wider fissures that have seen much of America's wealth concentrated on the liberal-leaning coasts, seen by the more conservative so-called "flyover states" as elite and out-of-touch.

Parler, which offers a home for right-wingers kicked off mainstream social media, was downloaded around a million times in the five days following the election and its user count subsequently hit almost nine million.

There, consumers are fed a daily diet of "culture wars" over the removal of historic statues, athletes who take the knee during the national anthem and the teaching of America's racial history in classrooms.

People who don't use the platform would not likely know what "Laptopgate" means, or be aware of the narrative characterizing Trump as fighting an epic battle against a horde of Satanic pedophiles from Hollywood and the Democratic Party. 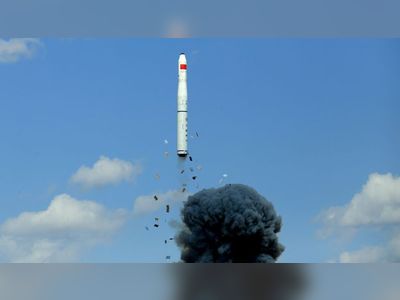 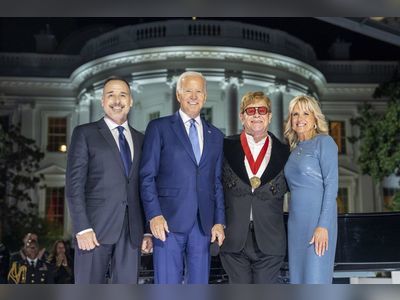 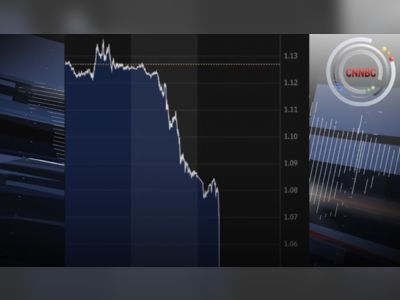