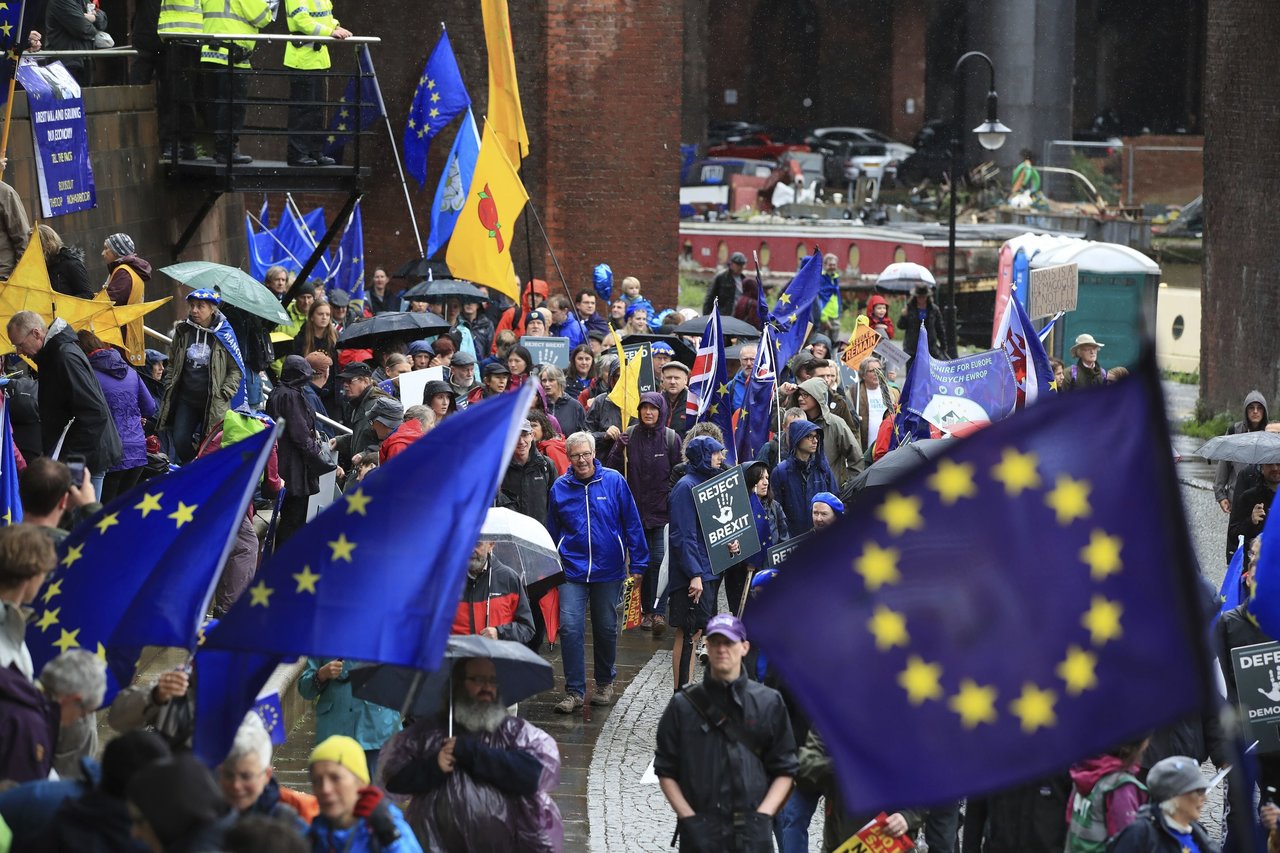 The U.K. financial system is prepared to cope with a no-deal Brexit, though uncertainties about the country's withdrawal from the European Union are weighing hard on the wider economy, the Bank of England said Wednesday.

The bank's Financial Policy Committee, which assesses financial risks, said legislation, temporary permissions and other preparations by British authorities have been made to "ensure that households and businesses will be able to use existing and new services from EU financial institutions." The wider economy, however, is feeling the strain.

"Entrenched Brexit uncertainties, particularly in an environment of weaker global growth, continue to weigh on economic activity in the U.K.," it said. "Brexit uncertainty is weighing on business investment, the prices of U.K. assets and flows of foreign capital into the U.K."

Britain is due to leave the EU on Oct. 31 and Prime Minister Boris Johnson has insisted the country will do so with or without a withdrawal agreement. With little sign of progress in the Brexit negotiations, there are fears that the country could end up leaving in a disorderly manner — a scenario that most economists think will cause damage to the British economy as tariffs and other impediments to trade with the EU are put up.

"Although actions by businesses and authorities have resulted in some improvement in the preparedness of the U.K. economy for a no-deal Brexit, material risks of economic disruption remain," the committee said.

Johnson has consistently said that Britain will leave on the scheduled Brexit date even though Parliament has backed a bill that compels him to seek an extension to the deadline if no deal is reached at next week's EU leaders' summit in Brussels.

Whatever happens at the end of the month, the bank's Financial Policy Committee said the "core of the U.K. financial system including banks, broker dealers and insurance companies is resilient to and prepared for the wide range of risks it could face, including a worst-case disorderly Brexit."

It said that even in the event of a deep recession that sees firms unable to repay loans or households falling behind on their mortgages, Britain's major banks have the capacity to absorb ensuing losses "and still have significantly more capital than in 2007."

As a result, the committee said it was maintaining its so-called countercyclical capital buffer rate -a kind of rainy day fund -at 1%.

It noted that financial stability is not the same as market stability and that significant volatility in some markets is to be expected in a disorderly Brexit. Demand for U.K. assets, including the pound, could be expected to "fall sharply."

The committee also warned Facebook that the cryptocurrency it plans to set up, Libra, will have to clear a series of hurdles if it's to be licensed in Britain.

Though it said Libra has "the potential to become a systemically important payment system," it stressed that "such a system would need to meet the highest standards of resilience and be subject to appropriate supervisory oversight, consistent with the principles set out above."