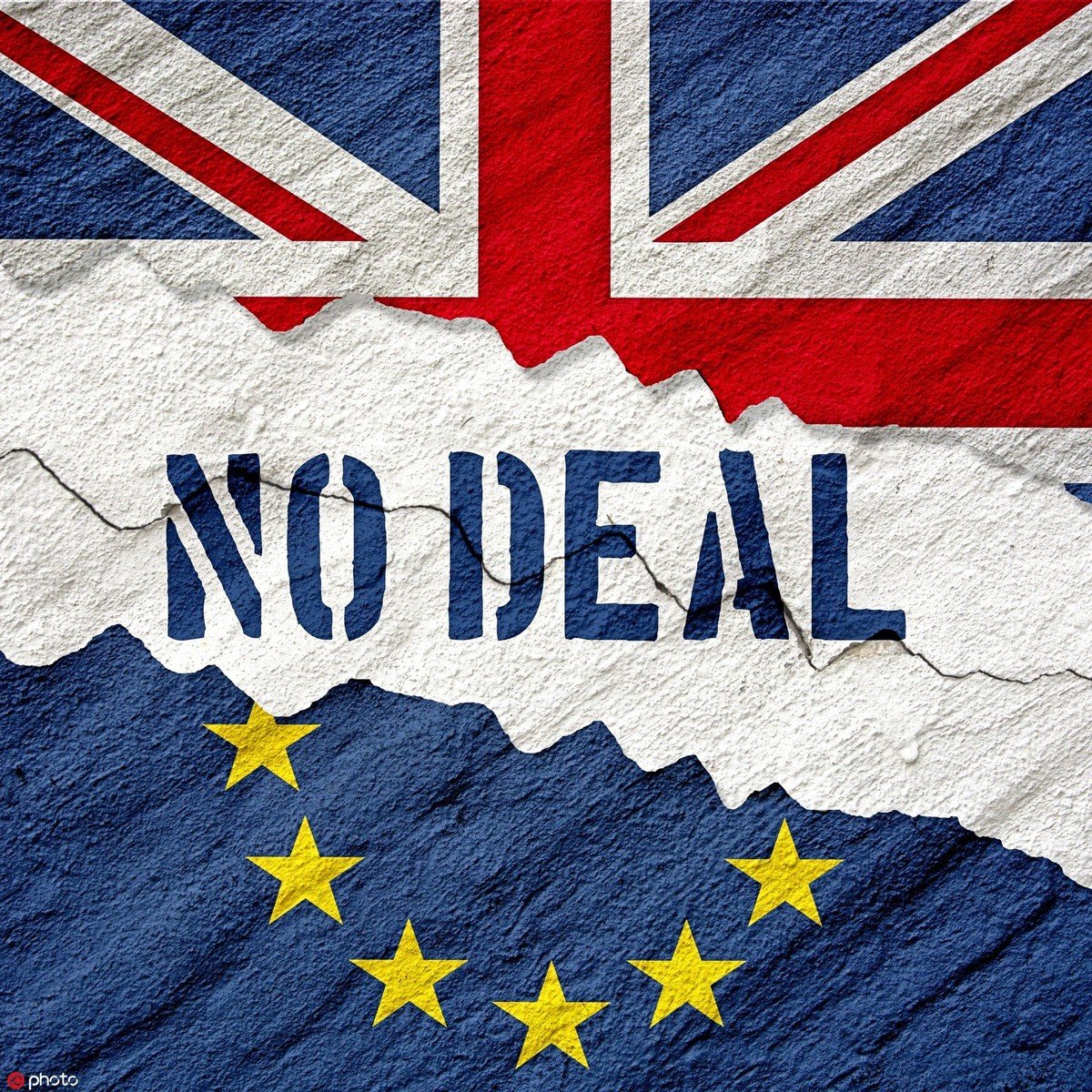 Britain's leading independent economic research institute said even the most "relatively benign" no-deal Brexit would increase debt in the United Kingdom to levels not seen since the 1960s.
In its Green Budget report, published in the run-up to Chancellor Sajid Javid's first budget, the Institute for Fiscal Studies, also known as the IFS, warned that public borrowing could rise to 100 billion pounds ($122 billion) and debt would reach 90 percent of national income.

"The government is now adrift without any effective fiscal anchor," said IFS Director Paul Johnson, adding that "given the extraordinary level of uncertainty and risks facing the economy and public finances, (the government) should not be looking to offer further permanent overall tax giveaways in any forthcoming budget.

"In the case of a no-deal Brexit, though, it should be implementing carefully targeted and temporary tax cuts and spending increases where it can effectively support the economy," he added, with the IFS also warning that a no-deal Brexit could see the UK economy flatlining for two years.

A treasury spokesman defended the government's spending plans, saying: "The chancellor has already said that we will be reviewing the fiscal framework as we turn the page on austerity. In so doing, we will retain a fiscal anchor to public spending so that decisions are taken with a view to the long-term sustainability of the public finances."

Meanwhile, an assessment paper released by taxation body HM Revenues and Customs says a no-deal Brexit could leave UK businesses with an annual bill of 15 billion pounds in administration and form-filling.

Prime Minister Boris Johnson insists the country will leave the European Union at the end of October, "come what may, do or die", regardless of whether or not a deal has been reached, even though Parliament is doing its best to prevent no-deal.

Last week, he told the Conservative Party conference that leaving the EU would save the country 1 billion pounds per month, but the HM Customs figure, based on levels of trade from 2017, paints a very different picture.

Meanwhile, the war of words over Brexit continues, with an unnamed Downing Street source saying that any agreement is "essentially impossible not just now but ever" after a reportedly frosty phone conversation between Johnson and Germany's Chancellor Angela Merkel.

Merkel's office declined to comment on confidential discussions, but European Council President Donald Tusk subsequently tweeted to Johnson "what's at stake is not winning some stupid blame game. At stake is the future of Europe and the UK as well as the security and interests of our people."

Members of the opposition Labour Party called the latest move a "cynical attempt to sabotage the negotiations".

Johnson "will never take responsibility for his own failure to put forward a credible deal", said Labour's shadow Brexit secretary Keir Starmer, calling upon politicians across the party divide in Parliament to "unite to prevent this reckless government crashing us out of the EU".
#Boris Johnson  #Angela Merkel  #Johnson