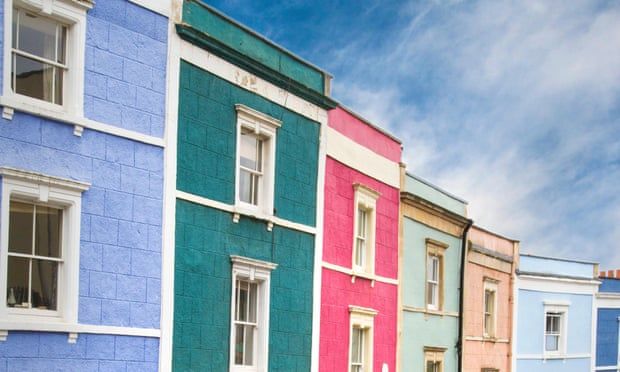 UK house prices are rising at their fastest rate since 2007, according to Halifax, with the typical property notching up its biggest annual cash gain in the nearly 40 years since the lender’s index began.

Two years on from the start of the coronavirus pandemic, commentators say the housing market is continuing to defy economic conditions, with average property prices rising by another 0.5% in February, equating to £370 a week.

It was the eighth month in a row that property values had risen, pushing up the annual rate of price growth to 10.8%, the highest figure since June 2007. 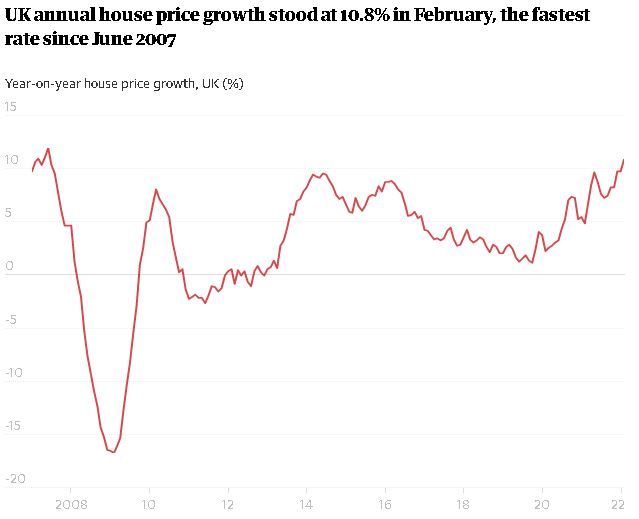 “This is the biggest one-year cash rise recorded in over 39 years of index history,” a Halifax spokesperson said. This meant the average house price had hit “another new record high” of £278,123.

The squeeze on household finances, fuelled by rising interest rates and inflation, does not as yet appear to have done much to dent the market’s buoyancy.

Estate agents and others have said a shortage of homes for sale is continuing to drive prices up, while the pandemic has prompted many people living in urban areas to look at relocating somewhere with more open space, such as a village or small town in the countryside or by the sea.

However, the events in Ukraine are expected to help put the brakes on the market.

Russell Galley, Halifax’s managing director, said: “The war in Ukraine is a human tragedy but is also likely to have effects on confidence, trade and global supply chains.”

He said soaring oil and gas prices were one immediate consequence, meaning that UK inflation – already at a 30-year peak – would remain higher for longer, adding to the squeeze on already stretched household incomes. Meanwhile, further interest rate increases looked likely in the near term.

“These factors are likely to weigh on buyer demand as the year progresses, with market activity likely to return to more normal levels, and an easing of house price growth to be expected,” Galley said.

Wales was the strongest-performing nation or region in terms of house price growth, with prices typically up by 13.8% over the past year, while south-west England was close behind at 13.4%. By contrast, the figure for London was 5.4%.

Lewis Shaw, who founded the mortgage broker Shaw Financial Services, said the UK property market had “gone down the rabbit hole”, adding: “Economic logic suggests prices should be coming down but the surreal lack of stock is keeping values buoyant.”

Sarah Coles, an analyst at the investment firm Hargreaves Lansdown, said: “House prices can’t escape reality for ever. Eventually buyers will have to face the fact that life is getting more expensive and unpredictable, and we’ll see these record price rises slow significantly.”