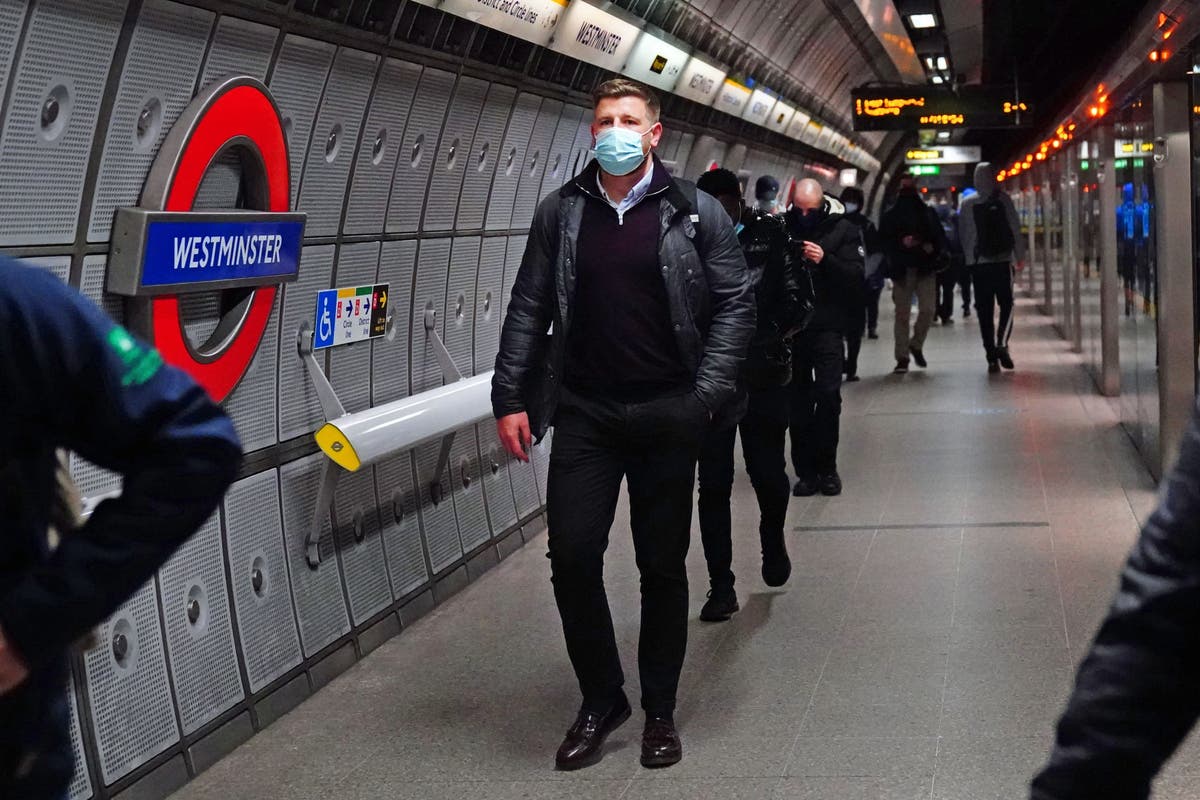 The jump ended a streak of cases remaining fairly level around the 90,000 mark.

The dramatic new record marks the first time daily cases have topped the 100,000 mark in the UK since testing during the pandemic began.

The spread is being driven by the new contagious Omicron variant which has prompted new restrictions in both Wales and Scotland but not so far in England.

A further 140 people have died within 28 days of a positive Covid test, according to the latest government data.

However, as of December 21, a total of 30,844,888 booster or third jabs had been given as the NHS races to meet a target of offering all adults a booster by the end of the year.

Separate figures from NHS England show that 2,036 people were in hospital in London with Covid-19 as of December 22.

This is the highest number since February 27 and is up 48 per cent from a week earlier.

According to reports on Wednesday, early data suggests Omicron may be less severe in the UK than Delta.

Data from the UK Health Security Agency (UKHSA), seen by Politico, suggested the new strain is less likely to result in severe illness and hospitalisation than previous forms of the virus.

However, the data reportedly points to very high transmissibility - meaning hospitals could still be overwhelmed.

While additional restrictions have been implemented in all other nations of the UK, in England Boris Johnson has said new measures will not come into effect before Christmas.

Speaking on Tuesday, Mr Johnson said: “In view of the continuing uncertainty about several things – the severity of Omicron, uncertainty about the hospitalisation rate or the impact of the vaccine rollout or the boosters, we don’t think today that there is enough evidence to justify any tougher measures before Christmas.”

However, ministers are not ruling out tougher rules in the days after Christmas.
#Boris Johnson  #Coronavirus  #COVID-19  #Johnson  #vaccine  #Covid