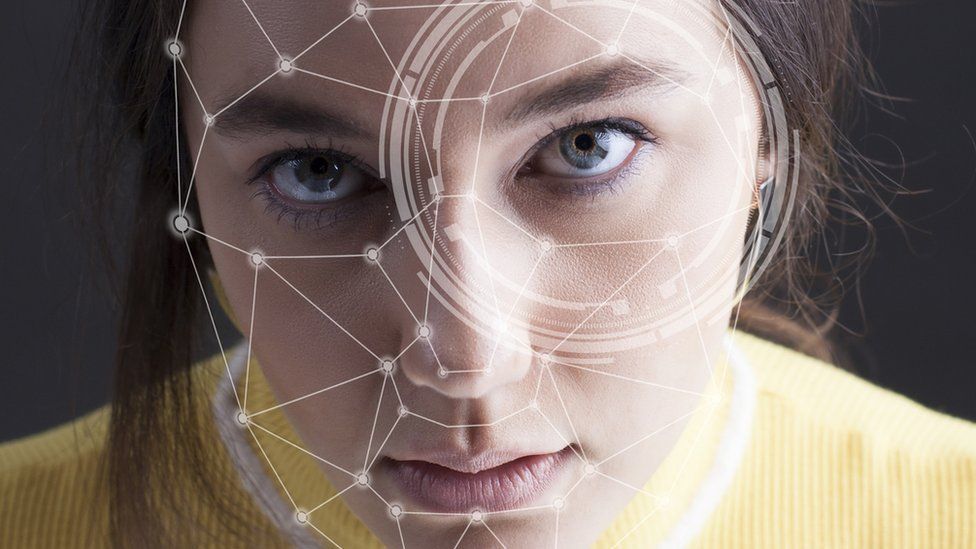 The Information Commissioner's Office said it had significant concerns about Clearview AI, whose facial recognition software is used by police forces.

It has told the firm to stop processing UK personal data and delete any it has.

Clearview AI now has the opportunity to make representations over the decision.

It has already been found to have broken Australian privacy law but is seeking a review of that ruling. The BBC has contacted the firm for comment.

Clearview AI's system allows a user - for example, a police officer seeking to identify a suspect - to upload a photo of a face and find matches in a database of billions of images it has collected from the internet and social media.

The system then provides links to where matching images appeared online.

The firm has promoted its service to police as resembling a "Google search for faces".

But in a statement, the UK's Information Commissioner said that Clearview's database was likely to include the data of "a substantial number of people from the UK" and may have been gathered without people's knowledge.

The firm's services are understood to have been used by a number of UK law enforcement agencies, but that was discontinued and Clearview AI no longer operates in the UK.

The ICO said its "preliminary view" was that the firm appeared to have failed to comply with UK data protection laws by:

* Failing to process the information of UK citizens fairly

* Failing to have a lawful reason for collecting the information

* And failing to inform people in the UK about what is happening to their data.

The UK Information Commissioner, Elizabeth Denham, said: "I have significant concerns that personal data was processed in a way that nobody in the UK will have expected.

"UK data protection legislation does not stop the effective use of technology to fight crime. But to enjoy public trust and confidence in their products, technology providers must ensure people's legal protections are respected and complied with."

The decision is provisional and the ICO said any representations by Clearview AI will be carefully considered before a final ruling is made in the middle of next year.

There are some signs that big tech companies are growing wary of face recognition.

Earlier in November, Facebook announced that it would no longer use facial recognition software to identify faces in photographs and videos.