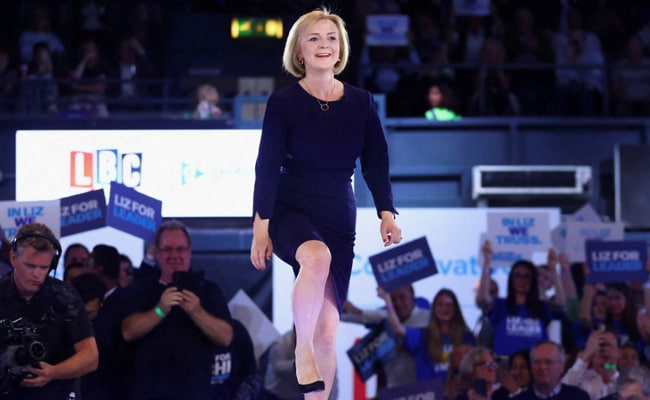 Appearing in parliament for the first time since the contentious September 23 plans prompted economic upheaval, Truss said she was "absolutely" committed to pledges made during the summer's Tory leadership campaign to maintain current spending.

With currency, bond and other markets spooked by the extra borrowing earmarked to pay for tax cuts, fears have grown that Truss will slash government department budgets, returning to the unpopular austerity policy of a decade ago.

But the 47-year-old leader insisted that would not happen, while doubling down on her tax plans and reducing debt.

"What we will make sure is that over the medium-term the debt is falling," Truss told MPs, in only her second "Prime Minister's Questions" session in the House of Commons since succeeding Boris Johnson early last month.

"We will do that not by cutting public spending but by spending public money well," she added. Her policies would "protect our economy", she argued.

But the initial impact from it has been uniformly negative. The pound has plunged to unprecedented lows against the dollar, while government borrowing and mortgage rates have spiralled.

The Bank of England has been forced to make several emergency interventions in bond markets, while the economy unexpectedly shrank in August after slender growth the previous month amid a cost-of-living crisis and rocketing energy bills.

Labour leader Keir Starmer accused Truss of being "lost in denial" and "ducking responsibility" as she refused to acknowledge the economic fallout from her policies, instead blaming global factors such as the war in Ukraine for unsettling markets.

Media reports have suggested that the mini-budget -- already watered down with the scrapping of plans to axe the top rate of tax -- could be further revised during a line-by-line review.

But Truss's spokesman rubbished the claims immediately after her weekly House of Commons questions.

"We are committed to the measures that the Chancellor set out in the growth plan," he told reporters.

Truss was "firmly of the view that is the right approach to take to ensure we move away from low or no growth", he added.