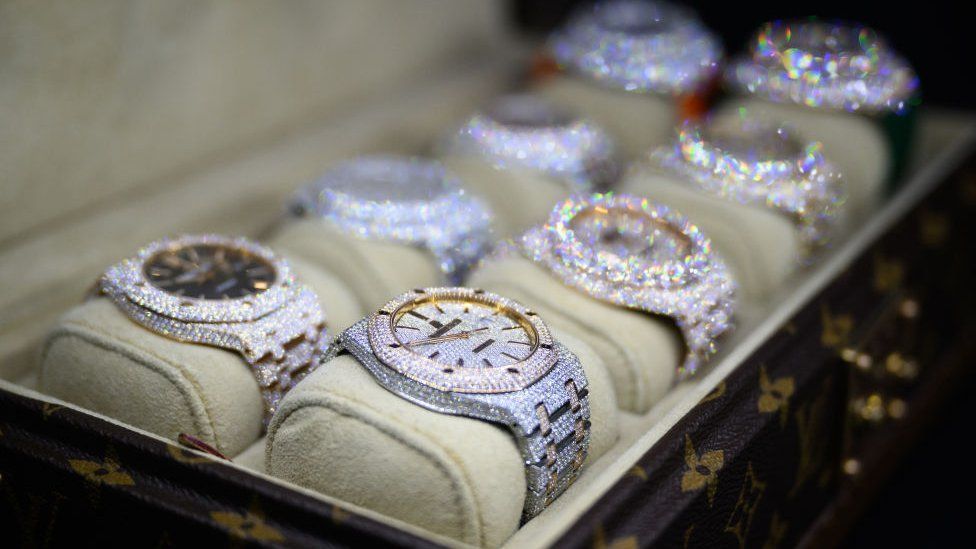 The Swiss timepieces were seized from a shop by security service agents on Tuesday for allegedly violating customs rules, Swiss media report.

It happened just days after Switzerland abandoned its traditional neutrality to join Western countries in imposing sanctions against Russia after the invasion of Ukraine.

There is no Swiss confirmation.

However, the government has said Switzerland's new luxury export ban has been causing "uncertainties" for some businesses.

According to Switzerland's NZZ am Sontag newspaper, the watches were seized by agents working for Russia's FSB security service from a Moscow subsidiary of Audemars Piguet.

The agents apparently justified their raid by claiming the watches in question had violated local customs rules when they were being imported to Russia.

After the invasion, the luxury Swiss brand said it had ceased its operations in Russia, and its website describes both of its two boutiques in the capital as "temporarily closed".

According to industry officials, Switzerland exported 260 million Swiss francs ($280m) worth of watches to Russia last year, but the market may be worth even more to the Swiss watch sector given the number of Russian customers buying luxury products in Switzerland.

Russian officials have shown an increased willingness in the last few weeks to seize property from foreign companies trying to reduce their business dealings in Russia.

Hundreds of leased foreign passenger jets worth almost $10bn remain grounded in the country, with their owners having had their requests to return the airplanes denied.

Earlier this month former President Dmitry Medvedev said that a new law would allow Russia to nationalise the assets of Western companies pulling out of the country.