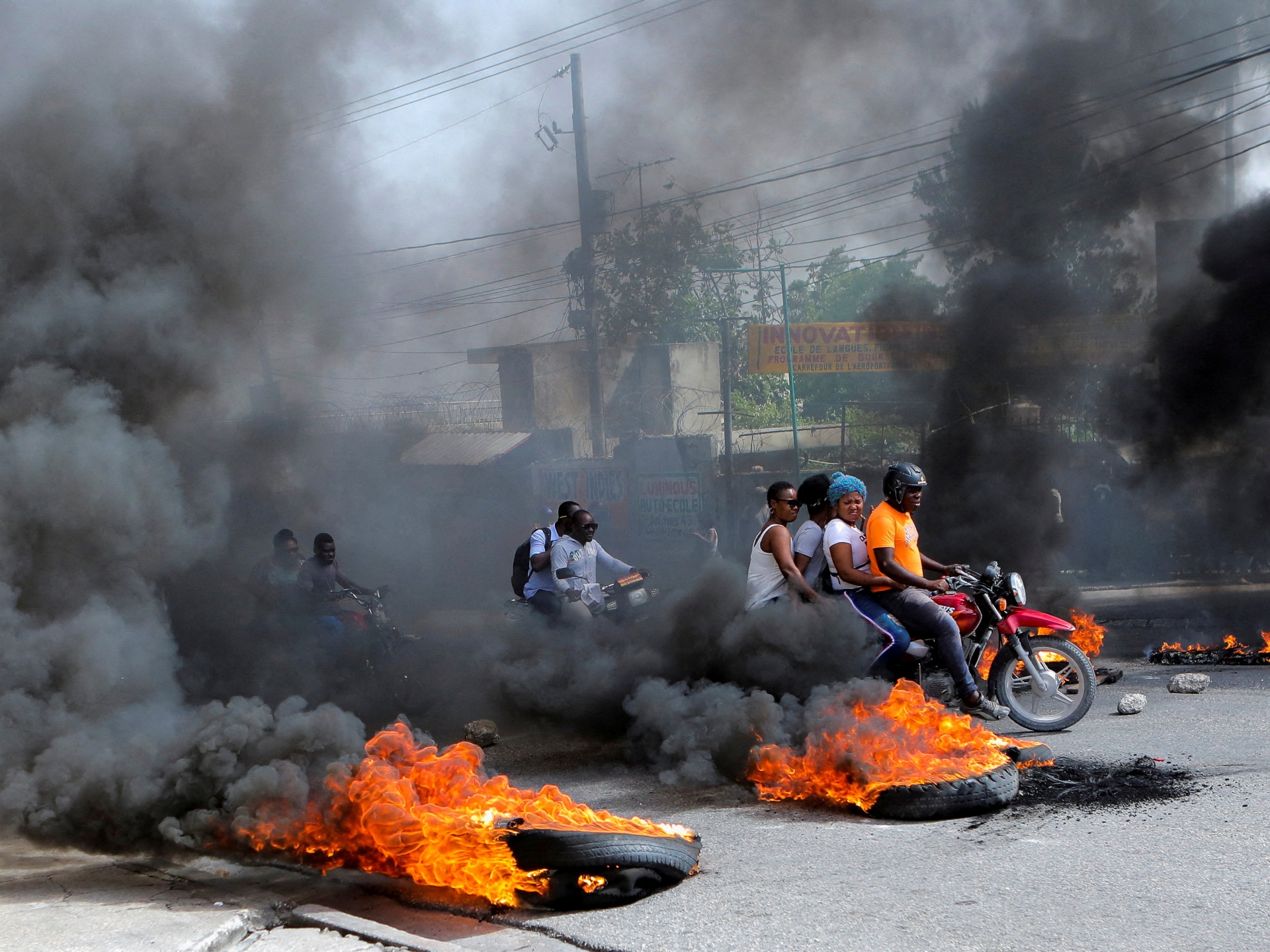 The United Nations Security Council (UNSC) has approved a “sanctions regime” to punish criminal gangs in Haiti and called for an arms embargo on non-state actors as security, economic and health crises deepen in the Caribbean country.

The UNSC on Friday unanimously passed a resolution proposed by the United States and Mexico that sanctioned powerful gang leader Jimmy Cherizier, also known as “Barbecue”. The sanctions include an assets freeze and a travel ban.

“Jimmy Cherizier (AKA ‘Barbeque’) has engaged in acts that threaten the peace, security, and stability of Haiti and has planned, directed, or committed acts that constitute serious human rights abuses,” the resolution reads.

While Cherizier was the only target named in the resolution, the measure establishes a foundation for further sanctions going forward.

“This resolution is an initial answer to the calls for help from the Haitian people,” the US representative at the UN, Linda Thomas-Greenfield, told the Security Council.

“They want us to take action against criminal actors, including gangs and their financiers, who have been undermining stability and expanding poverty in their vibrant society.”

A former officer of the Haitian National Police (HNP), Cherizier now leads the “G9 Family and Allies” gang alliance. He is accused of various abuses, including the killing of civilians, dating back to his days with the security forces. The UN resolution said his “gang confederation” is playing a leading role in the ongoing blockade of a major fuel terminal in the capital, Port-au-Prince.

“Now that this council has taken deliberate and decisive action to send a strong signal to the gangs and those who fund them through new targeted sanctions, we must build on these efforts to address another immediate challenge,” she said.

The resolution came as Haiti faced a cholera outbreak that has been worsened due to continuing political and economic upheaval.

The measure expressed concern over “the protracted and deteriorating political, institutional, economic, security, human rights, humanitarian and food security crises in Haiti” and reaffirmed “the commitment of the international community to continue to support” the country.

Haiti, which has faced years of political instability, is in the middle of a deepening crisis as powerful gangs recently seized control of the Varreux petrol terminal in Port-au-Prince, cutting residents and healthcare facilities off from much-needed supplies. The UN has warned of risks of famine if the blockade persists.

One of the poorest countries in the world, Haiti has been suffering from periodic natural disasters and a longstanding political deadlock made worse by the assassination of President Jovenel Moise in July 2021.

On Friday, Haiti’s representative at the UN, Antonio Rodrigue, called on the Security Council to grant the country’s request for security assistance, stressing that the Haitian National Police (HNP) does not have the capacity to deal with the country’s challenges.

“The request of the Haitian government for robust support in the form of a specialised force, which would help the HNP, warrants serious consideration by members of the Council,” he said.

Acting Prime Minister Ariel Henry appealed to the international community earlier this month to set up a “specialised armed force” to quell the violence, but some civil society groups have rejected the prospect of foreign intervention.

Many rights advocates also questioned Henry’s legitimacy and blamed him for the political turmoil after he indefinitely postponed presidential and legislative elections last year.