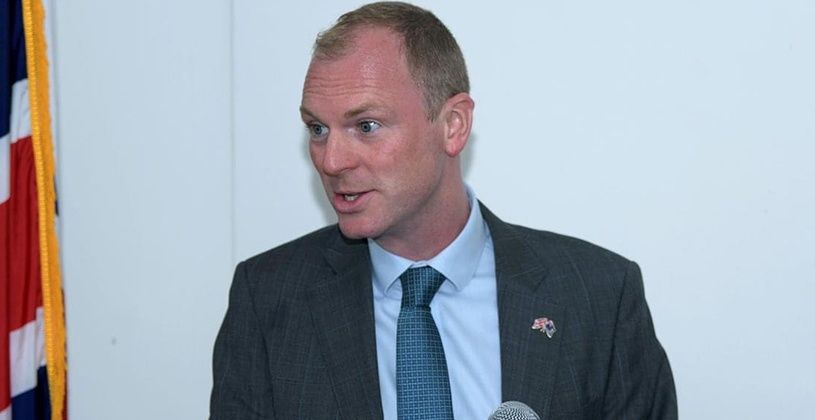 Governor Jaspert To Testify At CoI. The question is: will it be cover-up questioning by the COI he himself appointed, or will it be by allowing BVI government’s attorneys to cross examine his testimony?

Elected officials have been calling for former Governor Gus Jaspert to testify and face the very Commission of Inquiry (CoI) that he called shortly before his departure from the BVI, and that day will be soon.
The very basic rule and differentiator between a corrupt legal inquiry and a fair one is a due process, where every piece of evidence and claim by every witness must be heard publicly, and must be subject to questioning by cross-examination. If not, the process is corrupt and no right-thinking person should support or cooperate with it.

Cross-examination is the opportunity for the other side to put its version of events to the witness (known as 'putting the case') and to raise any other relevant matters which are capable of undermining their evidence.

That’s the English law, that’s the law in the USA, and in every modern as well as every third world country. That’s the core of due process.

The purpose of cross-examination is to test the credibility of statements the witness made during direct examination. It gives a party to a legal inquiry, through an attorney, the opportunity to question, challenge, and test witnesses who are called by the opposing party.

Any testimony that is heard before the COI and has not been cross-examined is considered by common law and rules of due process and justice as a unilateral testimony that it is not ready to be relied upon, as long as the other party has not had the opportunity to shed light on the other side of the evidence and testimony as well.

This is the difference between a fair legal process and a fabricated hearing.

In a notice listing the witnesses in the upcoming hearings, Jaspert is scheduled to go before the CoI on Wednesday October 20. The previous day, Governor John Rankin will testify and the day following Jaspert, Premier and Finance Minister Hon. Andrew Fahie will return before the CoI.

Steven Chandler, Secretary to the CoI, has since informed BVI Platinum News that Mr Jaspert will appear remotely.

"As Mr Jaspert is not in the BVI we understand he will appear remotely," he told BVI Platinum News.

Jaspert made the announcement on January 18, 2021 that a COI will be held into complaints of Government corruption, lack of transparency in the award of contracts and political interference within statutory boards, among other issues.

In November of 2020, Jaspert bluntly told the media that his office has been receiving complaints from the public, which sent shock-waves through the political sphere. At the time, Premier Fahie fired back, calling the allegations baseless and that the Governor should be responsible by providing the list of complaints so that the various individuals accused of corrupt practices could respond to the allegations.

The former Governor and Premier Fahie were often times in numerous back and forth on pertinent issues in the public. There were also allegations that there was tension between the Fahie-led administration and Jaspert.
#Commission of Inquiry  #John Rankin  #Fahie  #CoI