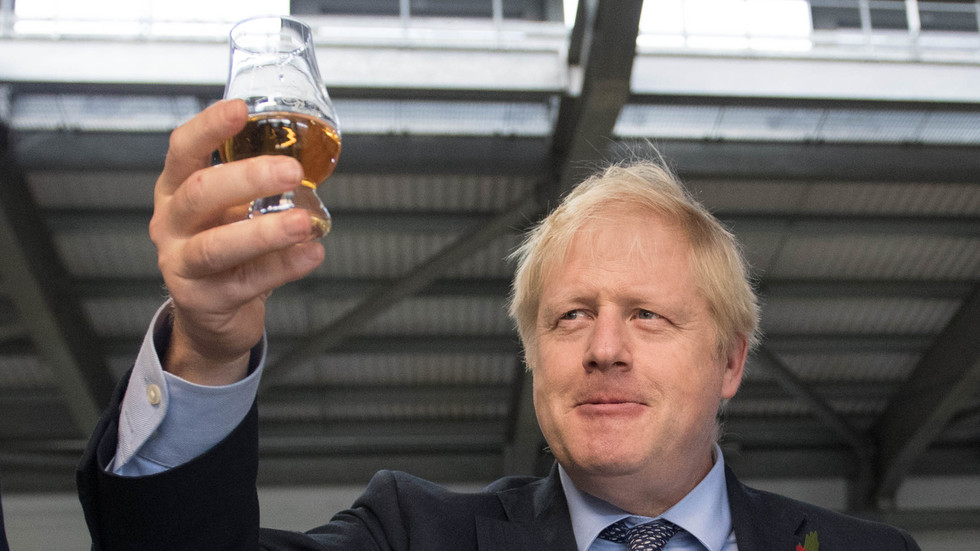 The US said on Thursday it will suspend 25 percent tariffs on Scotch whisky and retaliatory import taxes on other UK products in a bid to resolve the two parties’ on-going transatlantic trade row due to aircraft subsidies.
Then-US President Donald Trump slapped the UK and other EU member states with tariffs on whisky, wine, cheese and other foodstuffs in 2019 in return for European plane maker Airbus being given illegal subsidies by the bloc.

The World Trade Organization (WTO) ruled in 2018 that EU governments had failed to comply with US requests to stop funding Airbus, which had caused its American rival Boeing to lose $7.5 billion a year.

Airbus had already filed a similar complaint with the WTO against Boeing in a dispute between the two manufacturers stretching back to 2004.

On Thursday the US and the UK said in a joint statement that “the United States will now suspend retaliatory tariffs in the Airbus dispute from March 4, 2021, for four months.”

The move is the latest of Trump's policies to be overturned by President Joe Biden, whose administration will now turn its focus toward rising civil aviation powers “such as China,” the statement says.

Reacting to the news, UK Prime Minister Boris Johnson hailed the tariff climbdown as “fantastic news” for the transatlantic trading relationship, as well as for Scotch whisky distillers and other businesses.

In December the UK International Trade Secretary Liz Truss announced Britain would suspend retaliatory tariffs against the US, ahead of Brexit and the expected new trading relationship with the US under Biden.