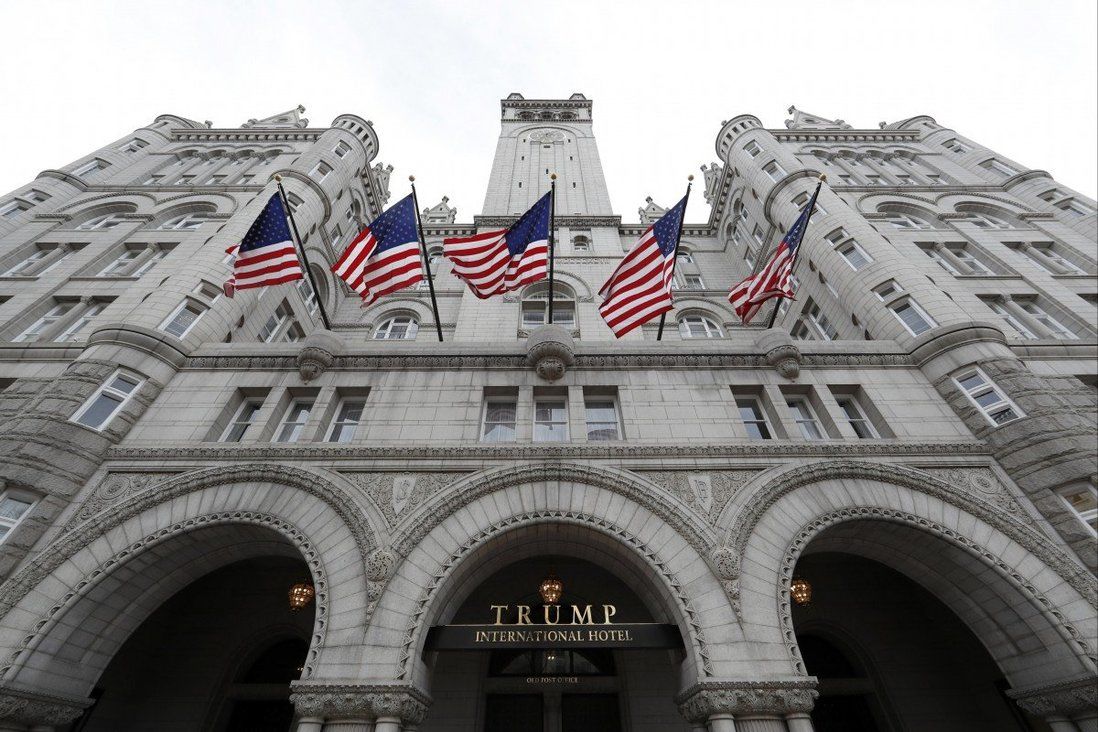 US bids farewell to Trump hotel that offered luxury and access

Trump International Hotel in Washington to become a Waldorf Astoria in the New Year, ending six years of ownership by Donald Trump.

Occupying an entire city block a short walk from the White House, the Trump International Hotel is a splashy neoclassical palace steeped in more than a century of Washington lore.

The towering atrium features a huge skylight that dapples the lobby bar in winter sun as the nation’s power brokers savour US$140 glasses of wine served in Hungarian crystal, or US$10,000 tumblers of vintage Macallan scotch.

After a drink, guests with US$385 to spare can rejuvenate with a “hydrafacial” skin treatment downstairs before reclining on designer linens in one of the 263 stately, wood-panelled rooms.

“It’s a beautiful place,” one-time White House spokesman Sean Spicer gushed about the hotel, which is set to become a Waldorf Astoria in the New Year, ending six years of ownership by Donald Trump.

“It’s somewhere that he’s very proud of, and I think it’s symbolic of the kind of government that he’s going to run.”

Spicer turned out to be correct.

Trump promised to “drain the swamp” of corruption in Washington, but instead opened his very own quagmire on Pennsylvania Avenue – inviting a dizzying array of conflicts of interest. 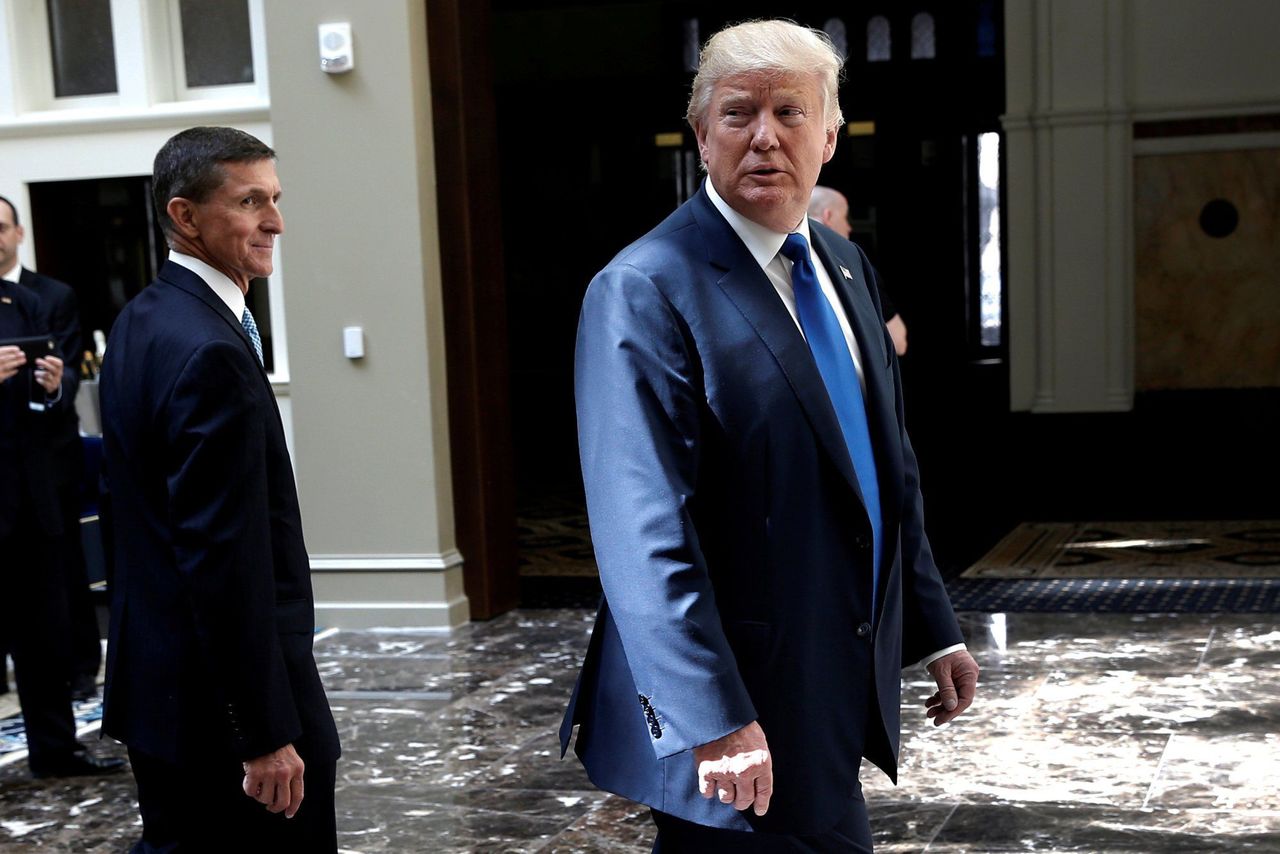 During Trump’s four years in office, the 19th-century Romanesque Revival-style hotel became a magnet for top donors, corporate lobbyists and foreign governments seeking to spend big in the hope of winning influence.

“The law is totally on my side, meaning the president can’t have a conflict of interest,” Trump said in 2016 when asked about mixing his day job with promoting his sprawling business empire.

The Citizens for Responsibility and Ethics in Washington (CREW) lobby group tracked 150 officials from 77 foreign governments that visited a Trump property during his presidency.

According to a congressional probe, the Washington hotel took in US$3.7 million from countries including China, Kuwait, Turkey, India, Brazil and Romania.

The Philippines told a television station back home its decision to use the hotel for a 2018 Independence Day celebration was “a statement that we have a good relationship with this president.”

The clientele raised concerns about possible violations of anti-corruption provisions written by the nation’s founders restricting the acceptance of gifts to office-holders from foreigners.

“Donald Trump should never have been allowed to keep his DC hotel as president,” CREW’s head Noah Bookbinder said.

“He should have divested himself of it along with the rest of his businesses before taking office. Instead, he rode out four years of using it for influence peddling and constitutional violations.”

Altogether, domestic political groups spent US$3 million at the hotel across some 40 political events during the Trump era.

Special interest groups, such as the American Petroleum Institute, often took part in White House meetings alongside a hotel event, and many secured favorable policy outcomes, according to CREW.

AFP reached out to the Trump Organisation, but there was no response.

The former president handed control of his businesses to his two adult sons and a trustee when he entered the White House, promising not to get involved while in reality promoting the venues at every opportunity.

Meanwhile, the Trump Organisation pledged to donate its profits from foreign governments to the US Treasury.

Built in the 1890s, the 12-storey Old Post Office that houses the Trump International is the third-tallest building in the capital, after the Washington Monument and National Shrine of the Immaculate Conception.

Scheduled for demolition several times, it was bailed out in 2011 when Trump pipped Hilton and Hyatt with a bid pledging to sink US$200 million into a makeover. 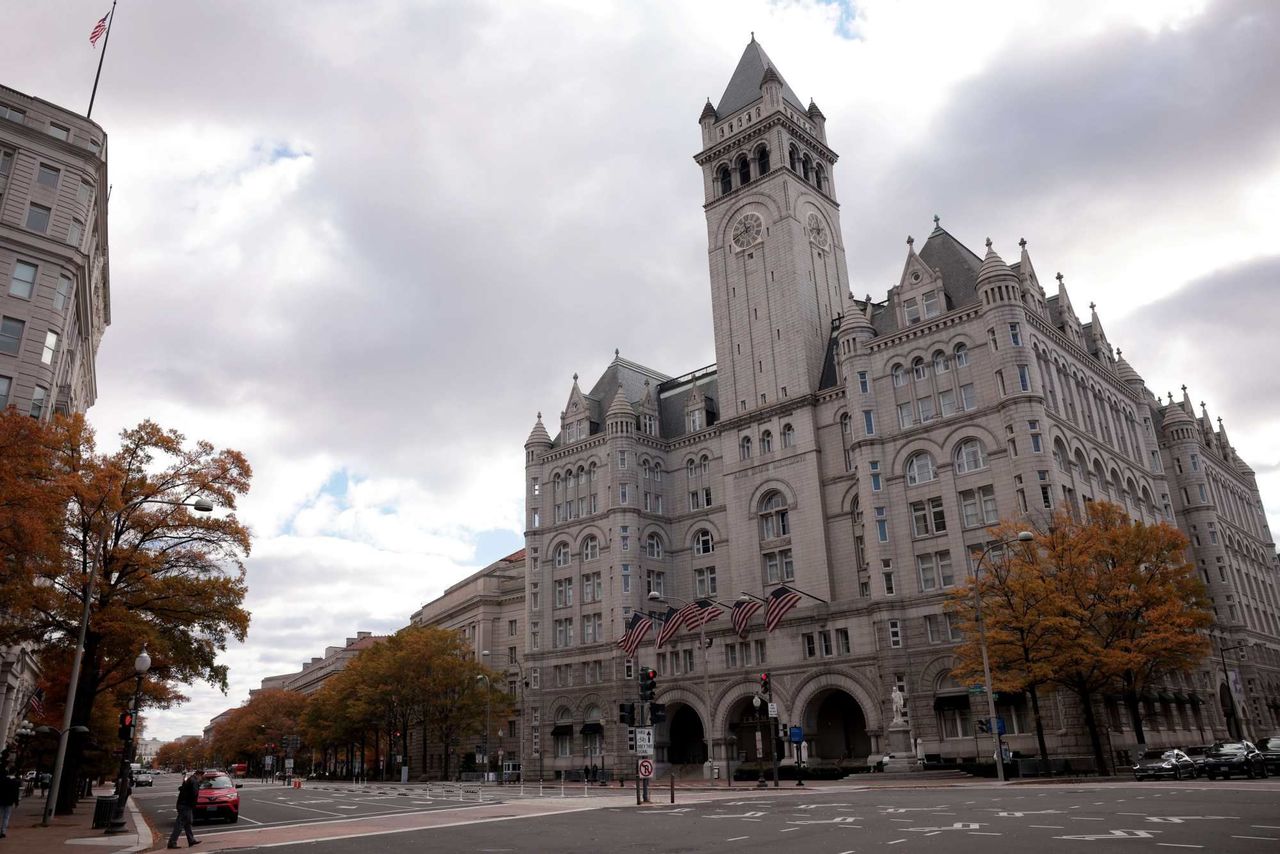 The hotel opened in the fall of 2016, a few months before Trump entered the White House, effectively making the new president his own landlord, in violation of a provision banning elected officials from “any share” of the lease.

A review of rates by AFP found the least expensive room around the end of November would cost US$512 per night. A night in the Franklin Suite, including breakfast in bed, was on offer for a cool US$12,109.98.

But the sky-high prices did not translate into profit.

Investigators in Congress found the hotel lost more than US$70 million during Trump’s presidency, concluding that he had “grossly exaggerated” its profits.

The Trump Organisation called the report “intentionally misleading, irresponsible and unequivocally false” and described it as “political harassment”.

But reports in US media have chronicled low occupancy as the Trump International has struggled to contend with the Covid-19 pandemic.

The Trump Organisation sold the lease for a reported US$375 million to an investment fund, which plans to reopen the hotel in the first months of 2022 as a Waldorf Astoria.

“The Trump Hotel DC stood as a bright neon sign telling foreign countries and moneyed interests how to bribe the president and a stark reminder to Americans that his decisions as president were just as likely to be about his bottom line as about our interests,” CREW’s Bookbinder added.

“Selling it now that he’s out of office and the grift dried up is, to say the least, too little, too late.”