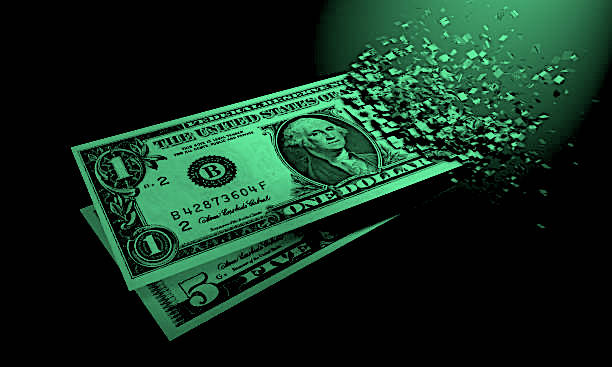 The United States is looking at inflation ahead, despite the Federal Reserve and mainstream media doubling down on saying the loss of purchasing power is just “transitory.” Consumer and producer metrics from July have been published by the U.S. Bureau of Labor Statistics and inflation is showing signs of stronger growth.

Americans are witnessing the rebirth of stagflation. The term “stagflation” was very relevant during the Carter administration because America saw slow economic growth and vast unemployment numbers. Economic growth and unemployment numbers in 2021, look a bit more gruesome because of the aftermath 2020’s Covid-19 lockdowns and government mandates caused.

This week’s data from the U.S. Bureau of Labor Statistics indicates that the Consumer Price Index (CPI) jumped to 5.4% last month. This is a CPI record not seen since 2008 and to make matters worse the U.S. has reached a record-breaking 7.8% increase in producer prices. Consumer prices have been a worry for quite some time now after the U.S. Federal Reserve ballooned the monetary supply more so in a single year than any other time in history.

According to The Federal Reserve chairman Jerome Powell, the central bank believes the issue with inflation will be resolved quickly. Powell stressed the “nature of a bottleneck is that it will be resolved.” In many statements, Powell and his central bank colleagues have called the current inflation “transitory” and it won’t last. Powell also didn’t believe manufacturers would increase prices on Mainstreet consumers. “We believe producers are reluctant on passing on these prices to consumers,” Powell emphasized.

The August 2021 CPI report shows that inflation is rising on nearly everything. Real estate and rent prices have bubbled significantly, the index for hotels and motels jumped 6.8% in July, and gasoline spiked by 2.4%. The cost of groceries is through the roof even though the USDA believes inflation on food may slow in 2022. Airline fares are up 19%, the cost of appliances jumped 12.3%, and the price for used automobiles skyrocketed by 41%.

Paul Krugman via the New York Times is tells people not to have “inflation anxiety.” Furthermore, the Biden administration says that the Organization of Petroleum Exporting Countries (OPEC) is the cause of the rising inflation. Instead of federal spending, the Biden administration is blaming the gloomy economy on oil prices and Biden says he gave OPEC a message. “We also made clear to OPEC… that the production cuts made during the pandemic should be reversed as…the global economy recovers, in order to lower the prices for consumers.”

Meanwhile, as Biden blames the price of oil, Americans have been dealing with a blitzkrieg of headlines concerning Covid-19 and the various variants. The initial stages of government-mandated lockdowns are beginning to resurface over the concern about these new variants.

At the end of July, the Biden administration revealed the White House is prepared to return to lockdowns, despite the data that shows lockdown tactics have been harmful. Another round of lockdowns could push the American economy even further into a hole. As far as OPEC is concerned, White House press secretary Jen Psaki, told the media that the administration wants to produce a “long-term engagement” with OPEC.