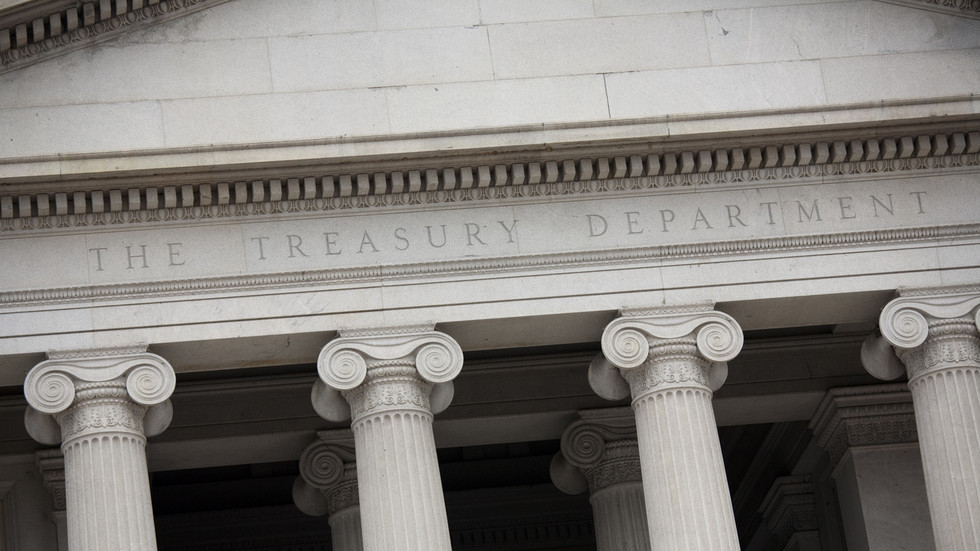 US national debt hits $30 trillion, but it’s not important because the debt is in USD and they can print as much as they want

US national debt has exceeded $30 trillion far sooner than expected, thanks to Covid-19 pandemic borrowing, the US Treasury revealed

US national debt exceeded $30 trillion for the first time on Tuesday, spurred on by high borrowing during the Covid-19 pandemic, according to data from the US Treasury Department.

Japan and China remain the top foreign creditors, holding $1.3 trillion and $1.08 trillion in US Treasuries respectively, and are owed interest on all the money that has been borrowed. Nearly $8 trillion of the US’ debt is owed to foreign entities, which – aside from Japan and China – also include major creditors like the United Kingdom, Luxembourg, Ireland, Brazil, Canada, France, India, and Belgium, as well as Taiwan and Hong Kong.

A further $6.5 trillion is owed by the US federal government to itself, mostly to Social Security trusts and the Military Retirement fund. Over the course of the pandemic, the Federal Reserve also doubled its balance sheet to $8.9 trillion by aggressively buying trillions of dollars in Treasury bonds and securities. 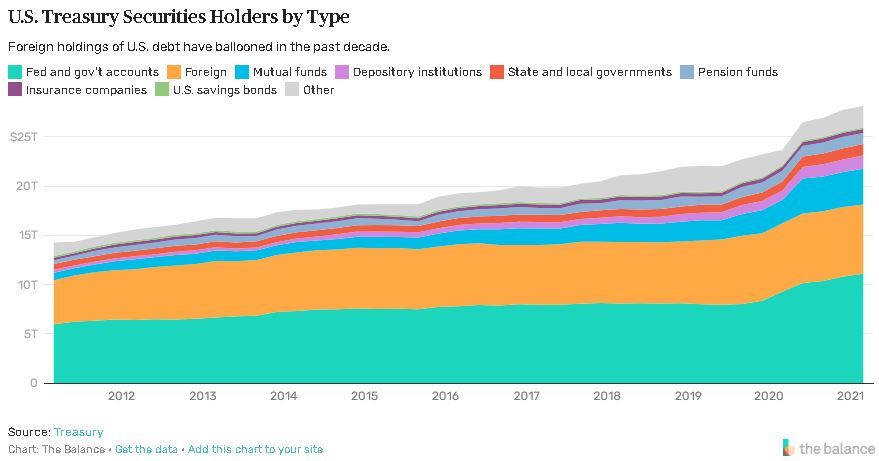 The shocking number was reached far sooner than anticipated, with US officials and economists failing to predict the Covid-19 pandemic and subsequent response, which inflated government spending, and subsequently, national debt by as much as $7 trillion since the end of 2019.

The US budget deficit totaled $2.77 trillion for fiscal year 2021, falling just short of the previous year’s record-breaking numbers, but still in line with the massive Covid-era spending. For the fiscal year of 2020, the US posted an eye-watering deficit of $3.13 trillion.

The $30 trillion mark “arrived years earlier than previously projected,” according to the New York Times, due to government coronavirus programs which “funded expanded jobless benefits, financial support for small businesses and stimulus payments” – all of which was paid for with borrowed money.

David Kelly, the chief global strategist for JPMorgan Asset Management, told CNN that the debt means the US is “going to be poorer in the long term” and claimed “American taxpayers will be paying for the retirement of the people in China and Japan, who are our creditors.”

Peterson Foundation CEO Michael Peterson, however, explained that the “structural problems we face fiscally existed long before the pandemic” and that Covid-19 merely “exacerbated the problem.”