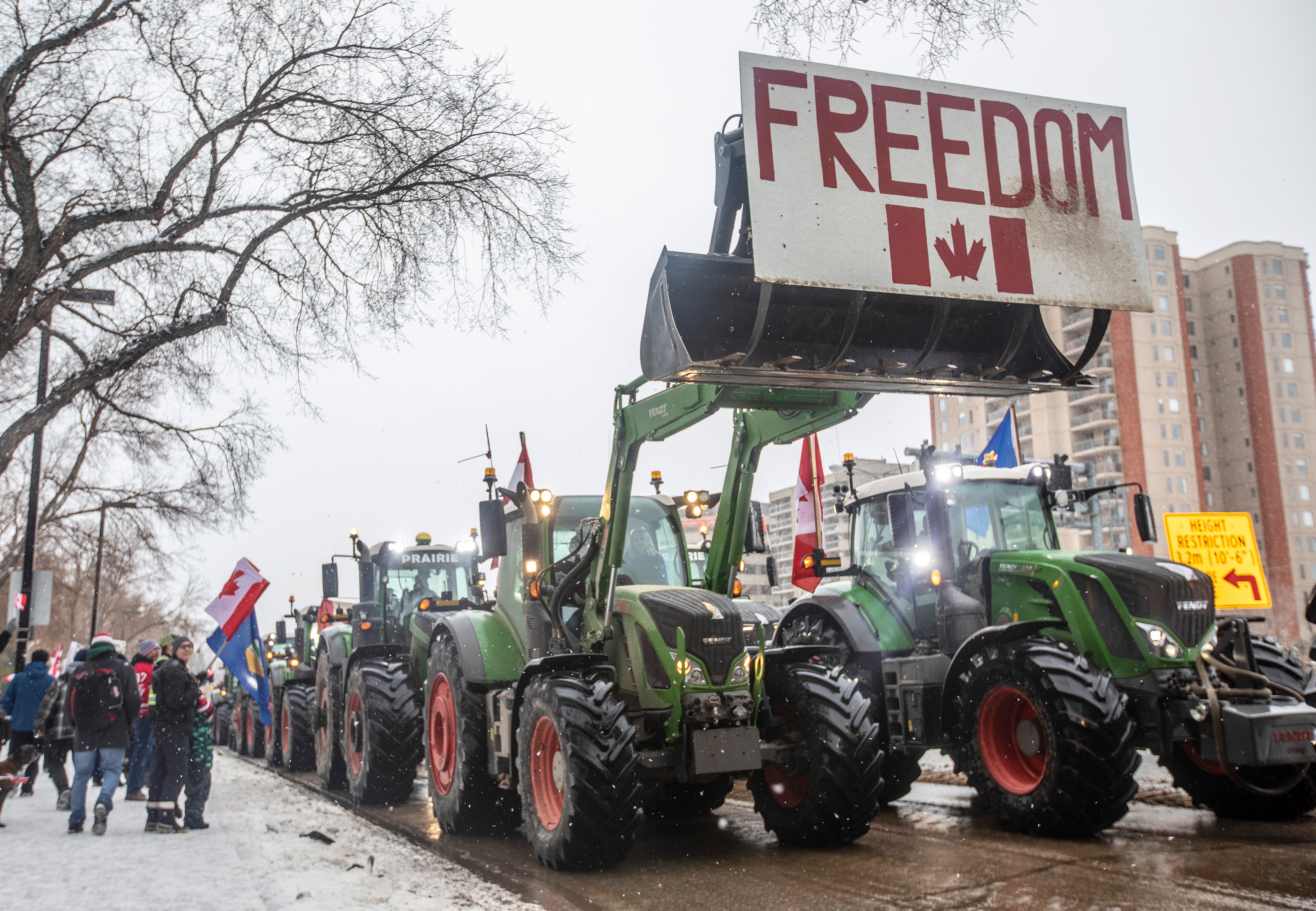 American truckers are following Canada's lead by organizing a protest against vaccine mandates with the organizer of the U.S. group saying the American convoy aims to represent everyone impacted by the requirements.

The organizer of a trucker convoy in the United States dubbed the "People’s Convoy" said the group aims to represent all Americans impacted by vaccine mandates.

"This convoy is for everyone," Brian Brase, the organizer of the "People’s Convoy," said in an interview that aired on "Varney & Co." on Monday.

"I can’t express enough that this is in no way is this a right wing issue or a left wing issue," he added. "This is not anti-vax. This is about your rights as a human being and then, of course, as an American, your constitutional rights."

American truckers are following Canada’s lead by organizing a protest against the COVID mandates.

Last week, the U.S. group’s Facebook page was removed in a move that Jeremy Johnson, who set up the Facebook group, called "censorship at its finest."

He said his personal account was also removed, prompting him to contact a civil rights attorney to discuss the next steps.

The group, titled "Convoy to D.C. 2022," acted as a place for truckers to plan and coordinate their multi-state trek.

A spokesperson for Facebook’s parent company, Meta, provided this statement to Fox News: "We have removed this group for repeatedly violating our policies around QAnon." In October 2020, Facebook labeled QAnon a "violence-inducing conspiracy network" and announced group pages and admins tied to QAnon will be removed.

"I have to laugh about that. Can they contact me or something? Can we talk? That's not true," he asked. They actually had offered the administrators to remove content and then request to review again. They didn’t even give that option. He added that Facebook "literally wiped" the organizers "completely out of Facebook."

"They don’t even have a profile anymore, so how are you supposed to request a review or remove anything?" Brase went on to ask.

Meantime, facing a potential fraud investigation by the state of Florida, GoFundMe reversed a decision to redistribute money given by thousands of donors to the Canadian "Freedom Convoy" protesting COVID-19 regulations.

On Friday, the crowdfunding platform GoFundMe froze the convoy's official campaign, claiming law enforcement convinced the company that the convoy had become violent and unlawful.

GoFundMe encouraged donors to submit a refund form, and said that any funds not properly returned to donors would be donated to a charity chosen by the Freedom Convoy.

Within hours, however, GoFundMe walked back the refund applications, instead announcing it would be refunding donors automatically.

Florida Gov. Ron DeSantis said that he would "investigate" the company, accusing them of fraud.

"GoFundMe supports peaceful protests and we believe that was the intention of the Freedom Convoy 2022 fundraiser when it was first created. We now have evidence from law enforcement that the previously peaceful demonstration has become an occupation, with police reports of violence and other unlawful activity," GoFundMe announced. There have been little to no reports of documented violence at the protest.

Critics have highlighted that GoFundMe promoted an occupation in 2020 when it shared a fundraiser for the Capitol Hill Occupied Protest in Seattle, which was the site of shootings and vandalism.

The GoFundMe page to support the "Freedom Convoy" of Canadian truckers was approaching $10 million as of Monday evening, which is more money than the major federal political parties of Canada raised during the last quarter of 2021.

O'Grady reported that the "People’s Convoy" will not be using GoFundMe.