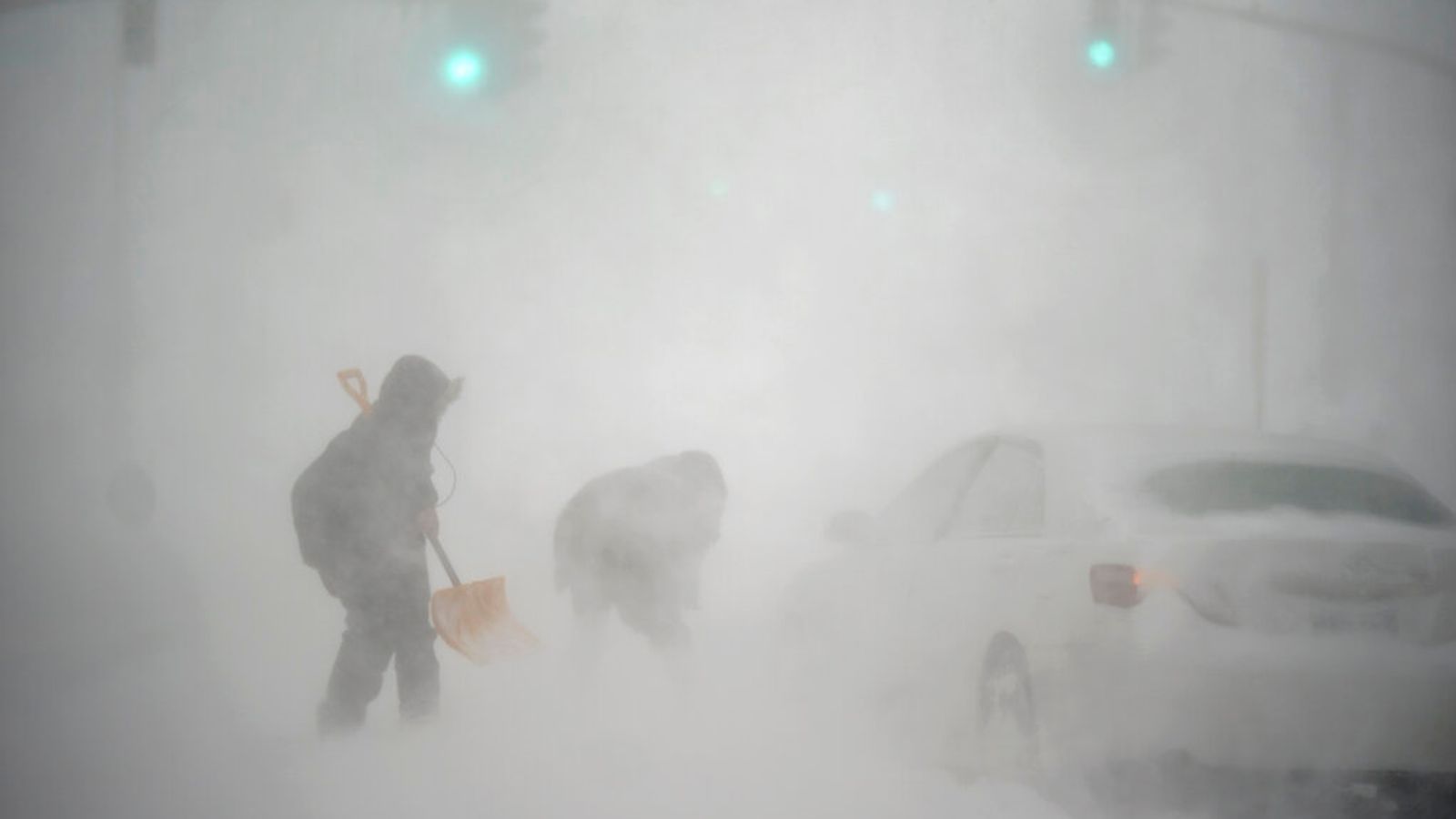 Thousands of flights had been cancelled throughout the region, as had high speed train services between Boston and Washington DC - some states even resorted to banning cars from roads as the storm passes over.

More than 2ft of snow has fallen in some areas of the US East Coast as New York declared a state of emergency after "historic" blizzards struck the area.

The powerful nor'easter, which are common for the region at this time of year, has flooded coastlines and blocked roads across 10 states, leaving treacherous conditions in its wake.

Nearly 11 million people remained under blizzard warnings from the Nor'easter, according to the National Weather Service. 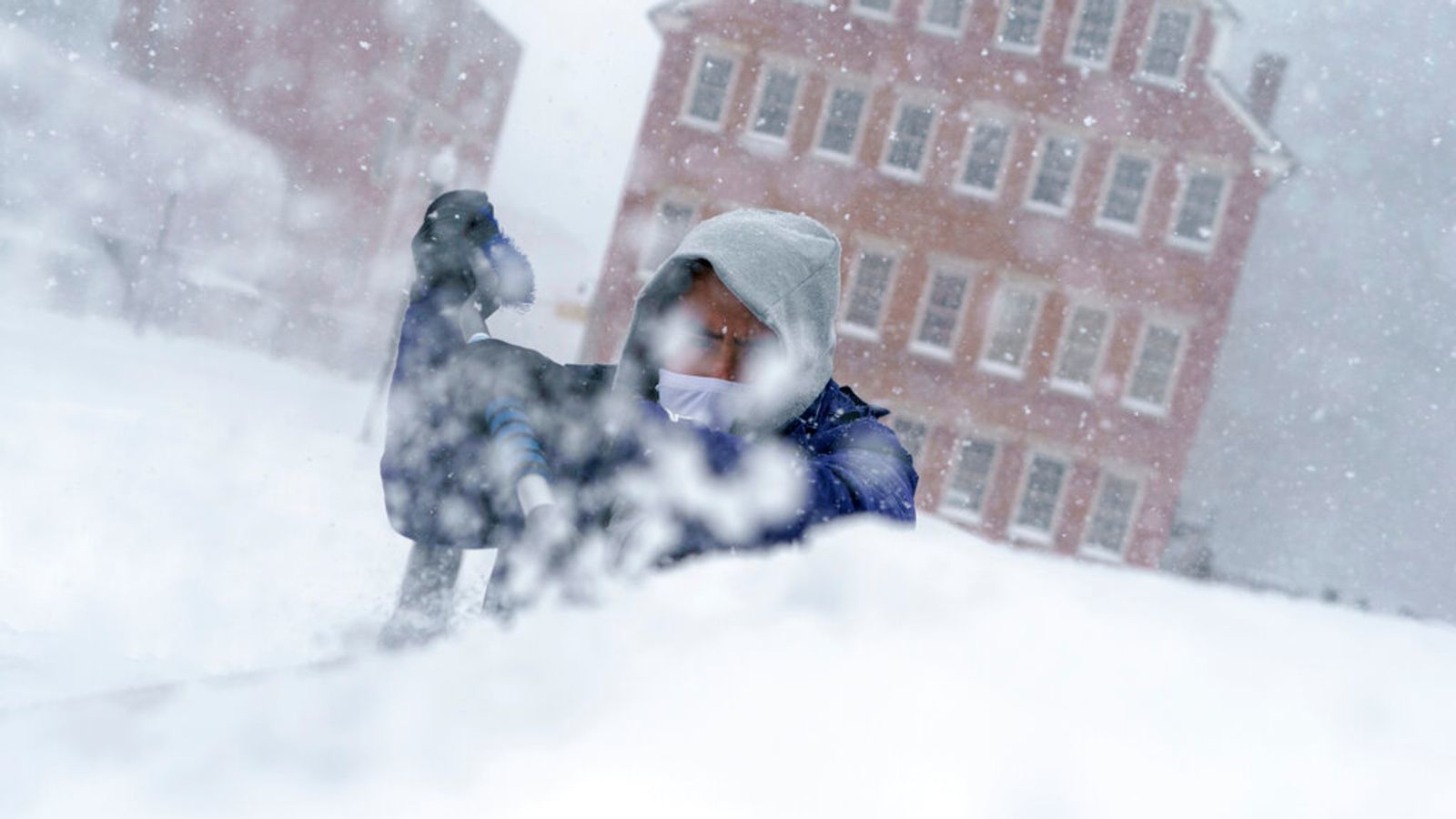 Several states declared emergencies in response to the storm, with coastal areas across Massachusetts hit particularly hard as the centre of the storm hovered just east of the Cape Cod resort area on Saturday afternoon.

In New York, governor Kathy Hochul urged people to stay inside, warning of sub-zero wind chills after the storm passed through.
Advertisement

"This is a very serious storm, very serious. We've been preparing for this. This could be life-threatening," she said.

"It's high winds, heavy snow, blizzard conditions - all the elements of a classic nor'easter."

US meteorologist Anthony D Torres told Sky News: "These nor'easters happen every year, but the powerful ones like this one happen maybe once or twice a decade. And this particular storm, if it produces more than 70cm of snowfall in Boston, would be the largest snowfall ever observed from a single storm in the Boston metropolitan area."

Speaking to local media on Saturday, Boston City Councillor Ruthzee Louijeune said: "This is going to be a historic blizzard.

"It's the power of the wind and the amount of snow that makes this one particularly dangerous."

Residents in the city have been warned to stay indoors as the storm prepares to pass over. 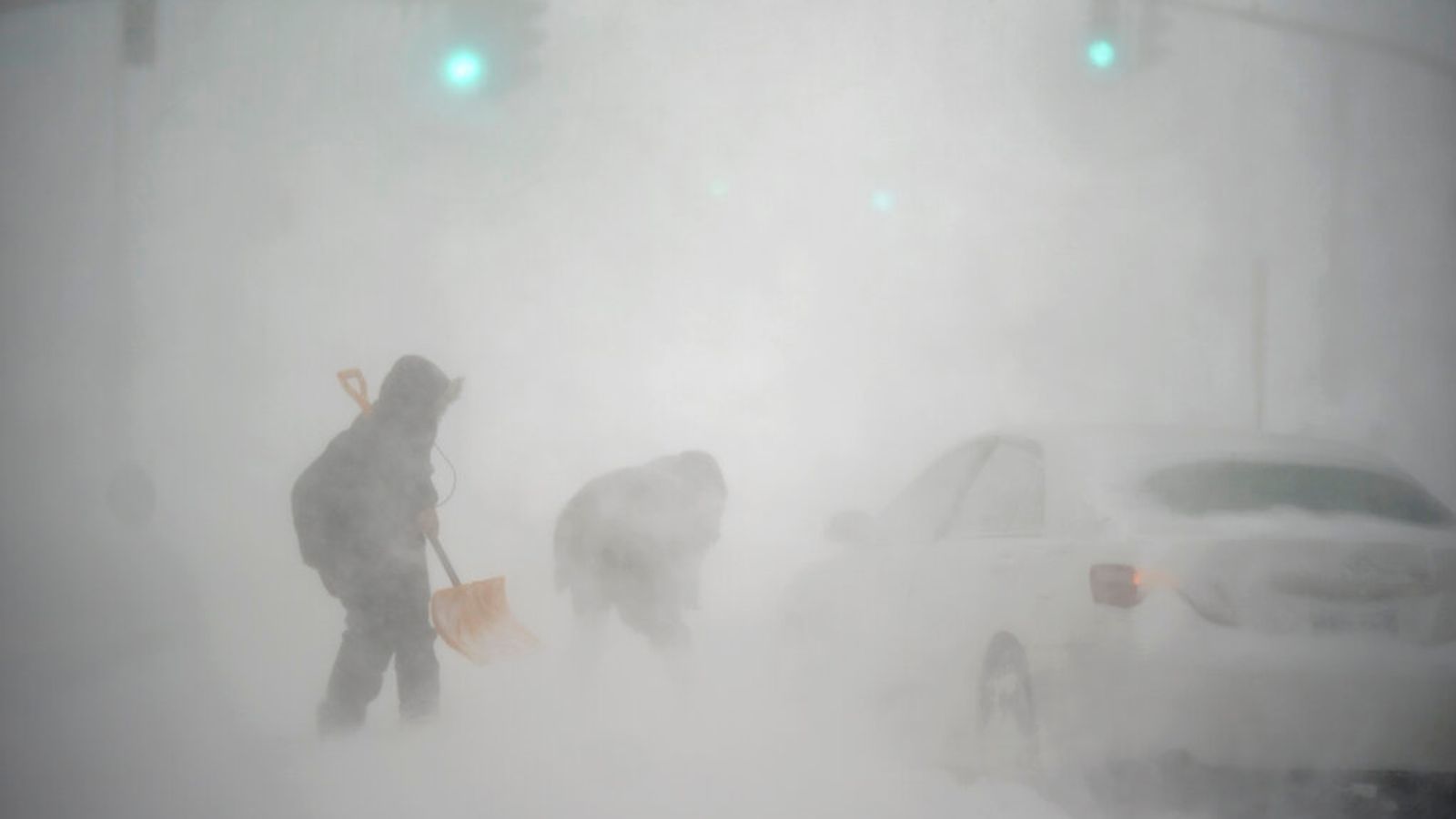 The storm passed over 10 states in the US.

Planes, trains, and automobiles all halted across the East Coast

Airlines had already cancelled more than 5,000 flights scheduled to depart between Friday and Saturday, according to flight-tracking service FlightAware. More than 8,500 flights have been delayed.

More than 90% of Saturday schedules at Boston's Logan Airport and New York's LaGuardia were scrapped, according to FlightAware.

Amtrak trains on the busy corridor between Washington and Boston have all been halted, with delays or cancellations across much of the rest of the rail network.

Rhode Island Governor Dan McKee issued a state-wide ban on cars using the roads, as well as telling tractors and trailers to stay off the tarmac for now.

"Of course, this area is used to heavy snowfall, but what's going to make it so dangerous is the heavy wind that's coming in blizzard-like conditions," he said.

"They say that people who are on the roads won't be able to see anything, and so they're saying it's really a day to stay in, allow the ploughs to do their work and clear the roads." 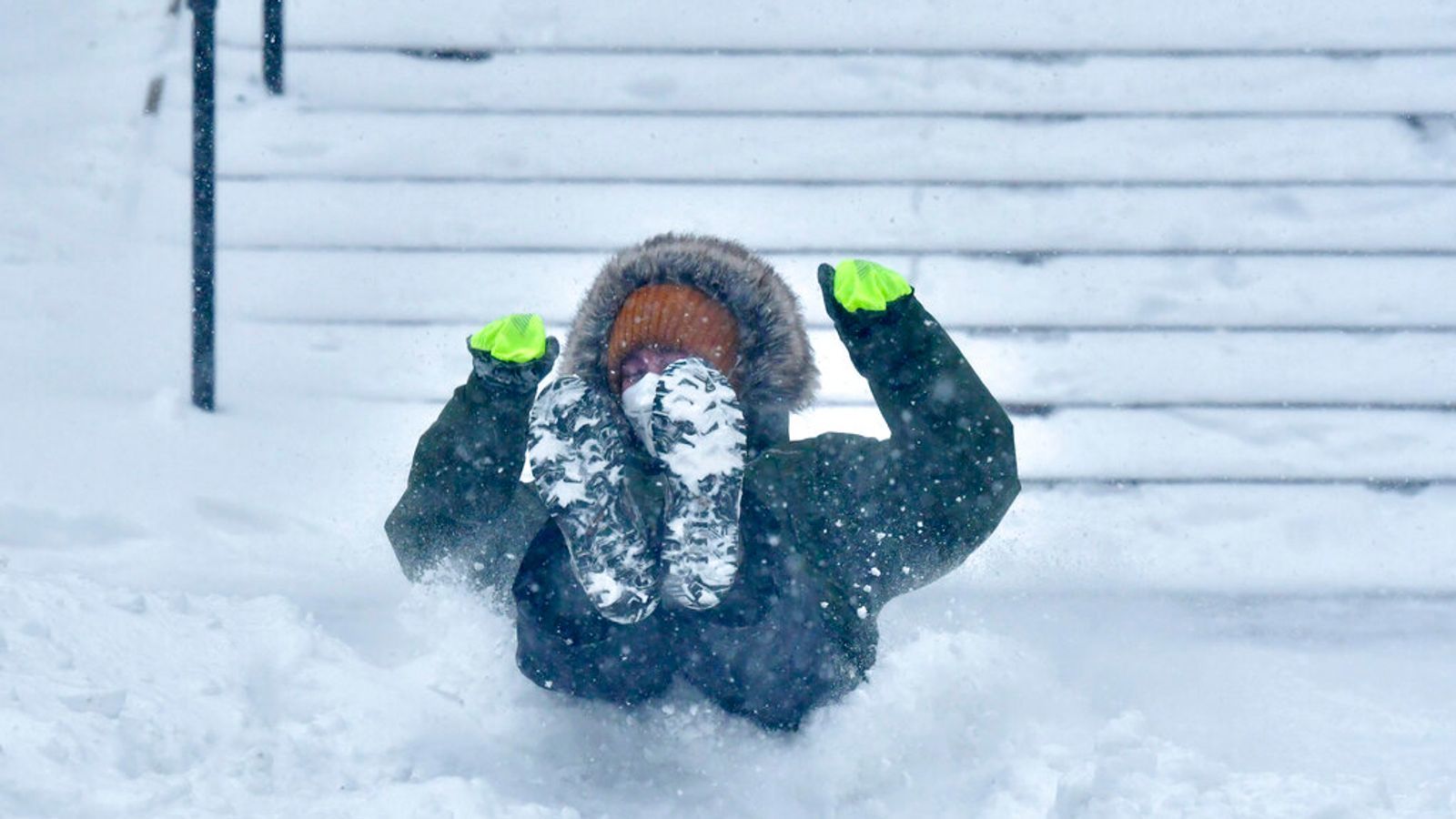 Students at Harvard taking advantage of the snow.

Forecasters said up to two feet of snow could fall across the region - as fast as five inches per hour - along with gusts of 70mph early on Saturday.

Winter storm advisories and warnings have been issued from the Carolinas through Maine, where snow was forecast to continue on Saturday.

Photos on social media showed shoppers crowding into grocery stores and stocking up on essentials ahead of the storm.